Collop –  a small piece or slice especially of meat; a fold of fat flesh; a measure of land sufficient to graze one cow.

Freedom will destroy itself if it is not exercised within some sort of moral framework, some body of shared beliefs, some spiritual heritage transmitted through the Church, the family, and the school. pic.twitter.com/FgrE14AKaa

The prospects for post-Brexit trade with New Zealand – Mike Petersen:

In spite of the uncertainty in the UK with regard to Brexit, the key message from New Zealand is that we will continue to be a constructive and valuable partner for the UK on agriculture and trade issues after Brexit.

Of course, our relationship is not without its challenges, but we are like minded on so many levels. The issues facing farmers the world over are largely the same, and I firmly believe there are compelling reasons for the UK and New Zealand to work together to tackle agricultural trade issues after Brexit.

New Zealand is a dynamic, outward looking economy with a highly diversified export market profile. This market diversification can only succeed with improved market access. While governments negotiate to open up and maintain market access in the WTO and through trade agreements, industry itself plays a critical role in identifying and utilising these market access opportunities and navigating constantly changing international commercial challenges and trends. . .

Taranaki dairy farmer Trish Rankin was a self-acclaimed townie having never been on a farm until her husband decided to go dairy farming. Now the passionate environmentalist has been crowned Dairy Woman of the Year. She talked to Annette Scott.

Dairy farmer, passionate environmentalist and part-time teacher Trish Rankin has taken out the prestigious Dairy Woman of the Year 2019 title.

The Taranaki mum headed off the field of four finalists at the Dairy Woman’s Network conference in Christchurch last week.

Rankin balances full-time farming with her husband Glen and their four boys with teaching part time at Opunake Primary School. . .

The days are shorter but every hour still takes your breath away, getting some jobs done before @PPPGroup_org pic.twitter.com/ocqwu65teb

Barrhill Chertsey Irrigation’s (BCI) new multi-million dollar water storage facility was made on time and within budget. It will give BCI members access to water at peak times. Reporter Toni Williams found out about BCI and the Akarana Storage Pond construction.

Akarana Pond gets its name from the farm site where it sits, on Barkers Road near Methven.

The pond was designed by NZ company Damwatch Engineering, and built by Canterbury based contractors, Rooney Earthmoving Limited.

Duck hunters’ delight: is this the world’s best mai-mai?:

A group of duck hunters from Gore have built a mai-mai that is giving “pride of the south” a whole new meaning.

From the outside the hut is inconspicuous, with long grass growing over the roof, but inside it has all the comforts of home.

It’s equipped with a six-burner stove, a bar laden with Speights, two fridges, couches and four beds. The fully functional bathroom even has a hand dryer.

But the most luxurious features must be the Sky TV and a closed-circuit video feed of the pond outside constantly displayed on another screen. . .

Opportunities Party identifies safe and valuable use of genetic technology:

The Forest Owners Association and Federated Farmers congratulate the Opportunities Party for its balanced and sensible gene editing policy, which recognises the significant economic and environmental benefits gene editing technology can provide.

The presidents of the respective organisations, Peter Weir and Katie Milne, say the time for an informed public debate is well overdue as genetic technologies have changed dramatically in recent years and their safety and value has been proven oversees. . .

This year’s Summer Cervena campaign, running from late-March through to August, has a primary focus on foodservice. The venison exporters are building on the previous activity and now working together with their respective importers/distributors in Benelux and German markets to lift sales to chefs and foodies in the region.

Thanks to @waikakagenetics for having us the last 10 days! It’s been great, as per usual!

We meandered back north today to Omarama Station where we’ll be for next month, straight into mustering tomorrow! pic.twitter.com/fNB84g1Vj0

7 mistakes rural marketing managers make and how to fix it – St John Craner:

Over the years I’ve worked with some great rural marketing managers and I’ve also met some poor ones. It’s the same for most of us, a mix of good and bad. So what distinguishes the best rural marketing managers from the worst? The worst commit the crimes below. However they can improve their careers and remuneration prospects if they follow the recommendations below.

Do you want to be a more effective and valuable rural marketing manager who craves more reward and recognition for what you do?

Do you want to secure that raise and promotion this year? Yes? . .

Eight health groups are combining to seek more funding for Pharmac to fund drugs that extend lives or improve their quality.

A range of health groups are calling on members of the public to sign petitions that will presented to Parliament on 7 May. They call for medicines to be funded that will help New Zealanders live longer, healthier lives and reduce extreme suffering.

“We need kiwis to support other kiwis who often can’t stand up for themselves because they are too unwell,” Breast Cancer Aotearoa Coalition committee member Louise Malone says.

“This is a real opportunity for people to say to the Government that the time for proper funding of medicines is now.”

The groups will march to Parliament, starting at Wellington Library then to PHARMAC for a candle lighting ceremony in commemoration of those who have gone before. Once they reach Parliament, the petitions will be accepted by MPs.

The petitions call for dramatically improved medicines funding to provide the care that people with a range of serious illnesses need.

“If everyone knew the suffering that people go through with these diseases, most wouldn’t hesitate to sign the petitions.”

Among the charities involved is Ovarian Cancer New Zealand.

Each year in New Zealand 350 women are diagnosed and 220 die from ovarian cancer. It’s the second biggest contributor to women’s cancer deaths from female specific cancers. Approximately one in 70 women will develop it in their lifetime.

New Zealand women with the disease don’t get access to the same drugs that are funded in other countries.

This is the motivation for a petition asking  Pharmac to fund Lynparza and Avastin for ovarian cancer, and also urging the Minister of Health to provide additional funding to Pharmac to enable the drugs to be subsidised.

Each year [in New Zealand] 350 women are diagnosed and 220 die from ovarian cancer. It’s the second biggest contributor to women’s cancer deaths from female specific cancers. In women with ovarian cancer linked to the BRCA gene, Lynparza can extend progression free survival by about one year and is reimbursed by Governments in Australia, UK, and most OECD countries. In women with advanced disease Avastin extends PFS by 6 months. . .

Every woman, and those who care about them, should familiarise themselves with the symptoms.

Potential symptoms of ovarian cancer include:

If women experience these for two weeks or longer they should tell their doctor. Ovarian cancer is detected with a blood test (CA-125) and ultrasound.

The petition for better funding to treat ovarian cancer is here.

The other petitions are:

These organisations have recognised that insufficient money it the major reason Pharmac doesn’t fund treatments available in other countries which is why they’re asking that more is allocated. 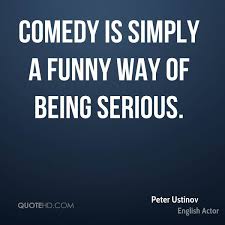 Comedy is simply a funny way of being serious. –  Peter Ustinov

1471  Wars of the Roses: The Battle of Tewkesbury: Edward IV defeated a LancastrianArmy and killed Edward, Prince of Wales.

1814 Emperor Napoleon I of France arrived at Portoferraio on the island of Elba to begin his exile.

1937 – D.P. Hulse and T.W. Smith were both killed in the second avalanche to hit the Homer tunnel project in less than 12 months.

1980  President Josip Broz Tito of Yugoslavia died in Ljubljana at the age of 87.

1998 Unabomber” Theodore Kaczynski  was given four life sentences plus 30 years after Kaczynski accepted a plea agreement sparing him from the death penalty.

2001 – The Milwaukee Art Museum addition, the first Santiago Calatrava-designed structure in the United States, opened to the public.

2014 – Three people were killed and 62 injured in a pair of bombings on buses in Nairobi, Kenya.

2015 – The Parliament of Malta moved from the Grandmaster’s Palace to a purpose-built Parliament House..