Meldrop – a drop of mucus at the nose, whether produced by cold or otherwise.

"If politicians stopped meddling with things they don't understand, there would be a more drastic reduction in the size of government than anyone in either party advocates."

Better data will help us do a better job – Federated Farmers:

The Environment Aotearoa 2019 report released today will help all New Zealanders, not just farmers, identify the priorities for action.

But we can only manage what we have information on, Federated Farmers environment and water spokesperson Chris Allen says.

“Our message during the last central government election campaign, when various candidates and commentators were putting the boot into farmers for environmental impacts, was that all Kiwis were in this together. This new report underlines exactly that. . .

“In partnership with national and regional government, it’s essential we continue to research, trial and adopt new practices and technology,” says Ms Soal.

“It is critical that we recognise that water is a precious resource which is essential for primary production and regional resilience in the face of climate change and that we use it in a way that is environmentally responsible,” says IrigationNZ Elizabeth Soal. . .

Dairy committed to a better environment:

Strategic leader for DairyNZ’s environmental portfolio, Dr David Burger, said while the report shows the dairy sector has work to do, there is no doubt farmers are working hard to look after the environment – with significant work already undertaken over the last 10 years to improve environmental practices across New Zealand. . .

Our way of life is putting the environment under pressure.

A report produced by the Ministry for the Environment and Statistics New Zealand with evidence and trends of what is happening to the environment highlights nine key issues.

It is based on a comparison with previous reports, analysis of more than 60 indicators and new methods.

It found native plants, animals and ecosystems are under threat, changes to land vegetation are degrading soil and water, farming is polluting our waterways and water use affects freshwater ecosystems.

Mowing one of our new ‘pasture systems’ trials in Darfield today. The purpose of this one… to look into the economics of adding Persian clover to a Tabu+ winter crop. And find out the optimum sowing rates! Stay posted for results 😋 pic.twitter.com/6lir5UZ5mU

IrrigationNZ says the government’s decision not to introduce a water tax in the near future is good news for all New Zealanders.

“The Tax Working Group proposed a nationwide tax on all water use including for hydroelectricity, household, business and agricultural use. That would have resulted in higher power and food prices for households and businesses and higher rates bills for everyone,” says IrrigationNZ Chief Executive Elizabeth Soal. . .

(BusinessDesk) – PGG Wrightson has cleared the final hurdle to sell its seeds division to DLF Seeds for $434 million after securing Overseas Investment Office approval, but still hasn’t figured out how much to return to shareholders.

Now the OIO has signed off on the transaction, the rural services company anticipates the deal to settle either this month or May. . .

A nationally vulnerable duck species is making a comeback following a programme to curb predators in Fiordland.

About 64 breeding whio have been found during surveying of a security site for the blue ducks.

. . . In the last 10 years, there have been 58 preventable toddler drownings in New Zealand. As a vibrant farming community, the Ashburton District has many water races, irrigation ponds, streams and rivers, most of which are not fenced or restricted, and many are often on private properties. These waterways can pose a deadly threat to unattended children,” Ashburton District Council Chief Executive, Hamish Riach explained.

“It is not realistic to expect every waterway in rural areas to be fenced. With so many potential drowning hazards around, it is vital that everyone is keeping a vigilant eye on their young ones at all times. The Council is proud to be working in partnership with local irrigation companies and Water Safety NZ to help reinforce this crucial message.” . .

One of our staff rang a few years ago to say his pre-school daughter was missing.

The house was fenced and gated but if she had managed to get past those barriers there were troughs and an effluent pond nearby which could have claimed her life.

Eight of us began searching and were on the verge of calling emergency services when the child’s sister found her, curled up in the bottom of her (the sister’s) bed.

That story had a happy ending, too many do not. 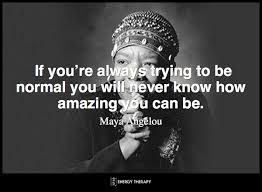 1657  Freedom of religion  was granted to the Jews of New Amsterdam (later New York City).

2012 – One hundred twenty-seven people were killed when a plane crashed in a residential area near the Benazir Bhutto International Airportnear Islamabad, Pakistan.

2015 – 10 people were killed in a bomb attack on a convoy carrying food supplies to a United Nations compound in Garowe in the Somali region of Puntland.