Latrocination – the act of robbing, plundering, or pillaging; highway robbery; overcharging; a depredation.

It’s all about the bloodline – Luke Chivers:

Central Hawke’s Bay farmers Harry and Kate de Lautour are dedicated to bloodline but it isn’t just about their ancestry. Luke Chivers reports.

From  the crack of dawn to the close of day sheep and beef farmer Harry de Lautour is set on challenging his animals for the betterment of their health.

The 31-year-old from Flemington has a long-standing connection with the primary sector, sheep genetics and performance recording.

Growing up in rural New Zealand instilled that passion.

“I grew up on a sheep and beef farm in Hawke’s Bay and absolutely loved it,” he says. . .

In the next 30 years up to a million new houses could be built in Auckland on designated land that excludes elite and prime soils.

In addition, land in Auckland’s existing urban area has space for another 240,000 houses.

Supplying infrastructure for that degree of expansion is estimated to cost $20 billion over 30 years.

When the council was formed in 2010 one of its first roles was to plan for future residential and industrial growth. . .

Harvesting started late last month, mainly of sparkling grape varieties and other varieties are due to start soon, through to mid-to-late March.

While Australia’s wine sector has been devastated by its hottest summer on record and drought, Central Otago has not been similarly hit, despite the past summer in New Zealand having been recorded as one of the hottest on record. . .

Wilding pines are ‘a blanket of green like a marching army over a landscape’ – Georgie Ormond:

It looks like a harmless Christmas tree but Pinus Contorta is wreaking havoc on the landscape in some parts of New Zealand.

Tragically, Contorta was originally planted in the central North Island for conservation, to help stabilise the alpine scree slopes, and for forestry.

Fifty years later it’s an insidious wilding pine that is taking over the Central Plateau.

Craig Davey from Horizons Regional Council says that’s because Contorta has the lightest seed of all our pinus species. . .

And another mob of ewes … heading closer to home for belly crutching this week. pic.twitter.com/4cRMJaKKzW

The end of the fishing season is not far away but it does not seem long since it started, so we need to make the most of it.

Conditions have been great for fishing recently and it seems like not much will change in the short term.

My last two outings were scorchers, bright sun and little wind which, combined with clear water, were great days.

Reading traditional fly-fishing books, they mostly state that these are the worst conditions for fishing – but in my experience, the contrary is true.

Some of my best days ever have been on hot sunny days. . .

There is a fine line between a consumer fad and a long-term structural shift in a way of thinking, but most people in food production would agree that the Australian consumers’ focus on sustainability is here to stay.

This means a “head in the sand” approach is well and truly off the table. In fact, most producers are well aware of the risk they take when delaying their response to such a shift in thinking, and so are now looking for a way to meet this consumer desire.

Few might appreciate however, that responding to this desire for sustainable produce could in fact make them more profitable. . .

Who wins in dog walker vs farmer😕

A Peak District farmer has been forced to give up his “gentle” highland cattle after a single dog walker complained that they felt unsafe around the herd.

Alex Birch, 32, has roamed his 27-strong herd on Baslow Edge in the Peak District for 40 years, ever since his grandfather David Thorp first introduced them to the land as a young man.

Walkers in the national park regularly encountered the red-haired cattle, described as “the most photographed cows in the world”, as they grazed on the bracken.

They were even the face of BBC Look North’s weather programme.

But ramblers cannot find the animals on Baslow Edge anymore, as Mr Birch has been forced to sell and slaughter his cattle following a complaint to the Health and Safety Executive (HSE) from an anonymous dog walker.

The complaint stressed concern after a walker claimed that one of the highland cows attempted to attack their dog. . .

I grew up just down the road from here and this is such a shame. All because one dog walker let their dog off the lead near cows with calves at foot. https://t.co/Vh75DEWm2S

An online petition has been launched in support of the farmer:

It has gained over 23,000 signatures in just 24 hours. The petition says: “For over 40 years a herd of Highland cattle have been allowed to graze on the moorland of Baslow Edge in the Peak District, delighting walkers, cyclists and photographers.

“They have also played a crucial part in maintaining and enriching this beautiful moorland. The highland cattle actively helped the biodiversity of the area.

“Sadly, the HSE has decreed that these gentle creatures should be removed from this area due to the complaints of one individual who, by walking with a dog too close to the herd, felt that they were in danger of attack.”

It adds: “Baslow Edge is visited by thousands of people every year, who enjoy the sight of these magnificent creatures, are respectful of their space, particularly when the cows have calves, with no incident.

“This petition is also to show support to the farming community and Mr Thorp, the farmer who owned the herd of highland cattle on Baslow Edge. Quite simply, the act of removing this herd was uncalled for and a knee-jerk reaction to one individual.”

Despite fierce public backlash against the decision, a HSE spokesman said the matter has been ‘satisfactorily resolved’. .  .

People wanting more access to farmland in New Zealand often look to the UK’s right to roam as an exemplar.

It’s stories like this which keep farmers here maintaining their private property rights which include the right to restrict entry and bar dogs on a lead or not.

Art is essentially simple and an expression of emotion. The first duty of an artist is to find beauty in everyday life, to express this for the benefit of all mankind, which is the basis of all art. – Rita Angus who was born on this day in 1908. 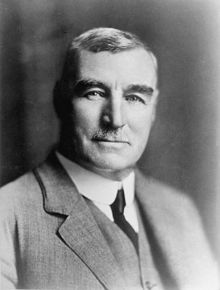 2003 –  Zoran Đinđić, Prime Minister of Serbia, was assassinated in Belgrade.

2004 – A President of South Korea, Roh Moo-hyun, was impeached by its national assembly for the first time in the nation’s history.

2005 – Tung Chee Hwa, the first Chief Executive of Hong Kong, stepped down from his post after his resignation was approved by the Chinese central government.

2011 – A reactor at the Fukushima Daiichi Nuclear Power Plant melted and exploded and released radioactivity into the atmosphere a day after Japan’s earthquake.

2014 – An explosion in the New York City neighbourhood of East Harlem killed 8 and injured 70 others.