Negotiosity – state of being busy; constant occupation in business or other matters; multitude of business.

…The larger the slice taken by government, the smaller the cake available for everyone. pic.twitter.com/8C0eYFvVfe

Mr Hurrell had been the Co-operative’s interim CEO since August last year.

Fonterra Chairman, John Monaghan says the Co-operative’s Board has been impressed by Mr Hurrell’s leadership and commercial skills as it continued to breathe fresh air into the Co-operative. . .

The sale of Tip Top is crucial to Fonterra’s aim of reducing its debt by $800 million before the end of this financial year, dairy industry commentator Peter Fraser believes.

Fast-moving consumer goods companies can command some very high multiples of earnings when being traded.

Fraser is an economist who advised the Ministry of Agriculture during Fonterra’s restructuring attempt a decade ago and has commented on the dairy industry since.  . .

Another 51 farms would be further investigated as part of routine surveillance while testing was yet to be completed from about 50 farms that calved later in the season.

Testing would begin shortly after calving because the bacteria was more likely to be shed during times of stress, such as after calving and the start of lactation, the update said. . .

The prolonged dry is biting at #MangaRa Station. I think we are now in the Uh-Ohh zone. pic.twitter.com/qmM8RwOhfn

It’s bonjour France for Alexandra-based woolhandler Pagan Karauria. Karauria (30) will represent New Zealand at the world championships in Le Dorat in July, after gaining selection at the Golden Shears in Masterton on Saturday night.

Her success was even more remarkable given she suffered life-threatening injuries in a vehicle crash in Central Otago 10 and a-half years ago and has battled with the lasting effects since. . .

Richard Dawkins of The Pyramid has entered his family sheep and cattle business in the 2019 Cawthron Marlborough Environmental Awards and is up against forestry, marine, wine industry, landscape/habitat, community innovation and business innovation entries for the supreme title.

The winners will be named on March 22.

The Pyramid is in contention for the Federated Farmers Award for sheep and beef entries.  . .

The nation’s farmers are struggling to pay back loans after years of low crop prices and a backlash from foreign buyers over President Donald Trump’s tariffs, with a key government program showing the highest default rate in at least nine years.

Many agricultural loans come due around Jan. 1, in part to give producers enough time to sell crops and livestock and to give them more flexibility in timing interest payments for tax filing purposes.

“It is beginning to become a serious situation nationwide at least in the grain crops — those that produce corn, soybeans, wheat,” said Allen Featherstone, head of the Department of Agricultural Economics at Kansas State University. . .

An OIO response to questions from Rural News shows that members of Landcorp’s environmental reference group are earning $1500 a day :

Landcorp is paying members of its contentious environmental reference group (ERG) $1500 a day each – far more than other government body payments.

This has been revealed in answers to an Official Information Act (OIA) request by Rural News to the Government-owned farmer (trading as Pāmu Farms).

“Each ERG member and the chairman is paid a flat fee of $1500 per day they attend the ERG meeting,” Landcorp’s OIA response says.

“In addition, the chair is paid an hourly rate for meeting preparation.”

Meanwhile, it looks like members of Landcorp’s ERG are on a pretty good wicket at $1500-a-day, compared with other Government-paid bodies. Members of the Primary Sector Council are paid $500 a day, with chair Lain Jager earning $800 a day. The Tax Working Group members earned $800 a day and chair Sir Michael Cullen earned $1000 a day.

What does the group do and what has it achieved?

Is Landcorp getting value for money from what looks like significant over payments, and given we own the company what’s the value to taxpayers?

He was still too young to know that the heart’s memory eliminates the bad and magnifies the good, and that thanks to this artifice we manage to endure the burden of the past. – Gabriel García Márquez who was born on this day in 1927. 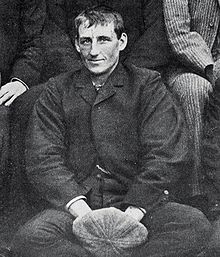 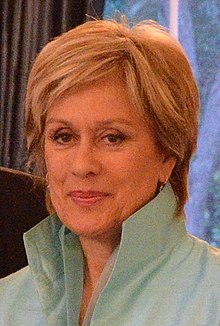