1893 – U.S. Marines landed in Honolulu from the U.S.S. Boston to prevent the queen from abrogating the Bayonet Constitution. 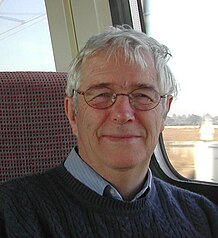 1937 George Reisman – US economist and author was born.

1942  First use of aircraft ejection seat by a German test pilot in aHeinkel He 280 jet fighter.

1985 – A passenger train plunged into a ravine in Ethiopia, killing 428 in the worst rail disaster in Africa.

2012  – The passenger cruise ship  Costa Concordia sank off the coast of Italy, resulting in 32 deaths (and a few people still missing) amongst the 4232 passengers and crew.

2012  – The opening ceremony of the Winter Youth Olympics took place in Innsbruck, Austria.

This entry was posted on Sunday, January 13th, 2019 at 12:01 am and is filed under history. You can follow any responses to this entry through the RSS 2.0 feed. You can leave a response, or trackback from your own site.