Two young hunters were out in the bush by themselves for the first time and decided to separate to increases their chances of finding a deer.

“What if we get lost?” one of them said.

“Fire three shots up in the air, every hour on the hour” said the other. “I saw it on TV.”

After a few hours in the bush, one of the hunters realised he was lost. He waited til the hour and fired three shots into the air and continued doing this every 60 minutes.

Meanwhile, the other hunter realised his friend was lost, couldn’t hear any shots and walked out to contact search and rescue.

It took until next day to find the lost hunter. When they got to him, his friend said, Why didn’t you do what I said?”

“I did,” his mate replied.  “I fired three shots up into the air every hour on the hour, but then I ran out of arrows.”

A controversial new apple created by New Zealand scientists has to be seen to be believed – and has to be eaten offshore. Farah Hancock reports.

The red-fleshed apples developed by Plant and Food Research’s scientist Professor Andrew Allan and his team are so contentious they’re not allowed to eat them in New Zealand.

“In the end we had to take them to America.”

The cores were removed from the apples so no seeds were present. They were triple-bagged and sealed. Phytosanitary certificates were gained to get approval to move the apples from their glasshouse in Auckland’s Mount Albert to the airport, and then on to the United States. Allan and the science team flew the precious cargo to San Francisco where a taste-testing panel of 50 people waited. . .

Taranaki dairy farmers are keeping an eye out for rain clouds with the summer heat taking a toll on grass cover.

Favourable growing conditions since spring, following a devastating one in 40 year drought last summer, meant many farmers had good supply of feed to prepare an extended dry period.

“The conditions have been good, in fact fantastic, to date but it is starting to get dry now and we will be looking for some rain by the end of the month,” Okato farmer Ray Barron said. . .

Landowners planting forests for carbon credits should plant pine trees rather than natives to achieve the best returns, a carbon consultant says.

Ollie Belton, a partner of Permanent Forests NZ a Christchurch-based carbon consultancy, said that the rate that natives absorb carbon dioxide was much lower than for pinus radiata.

Sequestration calculations used by the Emissions Trading Scheme for forests under 100 hectares showed that pinus radiata absorbed almost 1000 tonnes of carbon over 25 years, while native forests absorbed less than 300 tonnes.     . .

In 1997 40.3% of the global workforce worked on farms. 20 years later it had fallen to 26.5% and gaining speed. The culture change this will bring is unimaginable. pic.twitter.com/iKyufOHEZd

Farmers who have waded and stumbled through corn decimated by green snap or stalk lodging may be in luck in a few years. Bayer CropScience is developing what it calls short-stature corn that company officials say will likely debut early next decade. Bayer officials discussed this development and others on a conference call this week with agricultural journalists.

“Over the next two to three years, we will demonstrate them (short-stature hybrids) to growers and give them a feel and sense of how they will work on their farms,” says Bob Reiter, Bayer CropScience head of research and development. “I think this is a little like what was experienced with the Green Revolution in rice and wheat through Norman Borlaug, which is the foundational shift in how crops are produced and how growers will be able to unlock and enjoy additional productivity value.” . .

Extra investment in workplace injury prevention, with a focus on small to medium businesses, will pay dividends not only in reducing pain and suffering but also in economic terms, Federated Farmers says.

Taken today, this photo of Zespri New Zealand’s delicious SunGold Kiwifruit shows it is coming along nicely for the 2019 season! In just a couple of months, harvest will begin! #kiwifruit #kiwi #newzealand #nz pic.twitter.com/UoWnqWL8Hj

Two award-winning, family-owned local Marlborough producers, te Pa Family Vineyards and Cloudy Bay Clams, are teaming up for the Marlborough Wine & Food Festival for 2019 and the companies are celebrating their collaboration with a series of exciting events, competitions and food pairings.

The two flourishing Marlborough companies, will be selling award-winning wine and sustainably harvested clams, marking their collaboration at the much-loved festival, which attracts around 8000 guests each year. Attendees can expect to see beautiful fresh clams on the half shell, paired with lively and expressive Marlborough te Pa Sauvignon Blanc, and crispy and decadent fried popcorn clams served with light and effervescent Pa Road Sparkling Rosé. . . 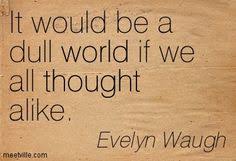 475  Basiliscus became Byzantine Emperor, with a coronation ceremony in the Hebdomon palace in Constantinople.

1808 The meeting that led to the creation of the Wernerian Natural History Society, a former Scottish learned society,was held in Edinburgh.,

1954 Queen Elizabeth II opened a special session of the New Zealand Parliament in its centennial year. It was the first time New Zealand’s Parliament had been opened by a reigning monarch

2016 – Ten people were killed and 15 wounded in a bombing near the Blue Mosque in Istanbul.