In September and October I got a lot more exercise than I had been getting and was feeling much better for it.

In November, I got much less than usual and was feeling worse for it.

When November became December I resolved to get back into more exercise but for reasons, including rain, my good intentions were thwarted.

But today it wasn’t raining when I got up and I had a proper walk, up a steep hill and back down again.

All day I’ve felt the benefit and I’m grateful for that.

Word of the day: "Sternenzelt" – literally "star-tent"; an expanse of star-filled sky stretched out above an observer; the celestial canopy in all its sheltering, shattering extent (German). pic.twitter.com/5WVVcSIXEO

"It is staggering that anyone could be so self-infatuated as to single out their own particular policy preferences as 'anti-war.' Anyone who is not a sadist or an idiot is anti-war."

A mathematician, an engineer, and a computer scientist were travelling together.

They were enjoying a drive in the countryside, when suddenly the engine spluttered and stopped.

The mathematician said, We came past a gas station a few minutes ago. One of us could go back and ask for help.”

The engineer said,  “I could have a look at the engine. I might be able to fix it.

The computer scientist thought for a moment then said, “Why don’t we just open the doors, slam them shut, and see if everything works again?”

Farmers are hearing that Beef + Lamb NZ is “putting your money where our mouth is” as it launches an innovative research partnership.

Chief executive Sam McIvor made the remark at the formal launch of the North Canterbury Future Farm, a 50:50 farming partnership between BLNZ and a company formed by local farmers.

Together they are leasing Lanercost Farm, a 1310ha sheep and beef property in the Leader Valley, north of Cheviot in North Canterbury. . .

The deer industry is in a good spot and farmers should be happy with how their industry levies are being spent, Deer Farmers’ Association executive member David Morgan says.

Farming deer at Raincliff Station in South Canterbury, Morgan is as excited about the industry now as he was when he came to New Zealand as an 18-year-old on work experience.

Originally from Wales, Morgan has farmed deer all his life and it was that first NZ experience that got him started.

“I saw what could be done with deer and went back home to set up a deer farm and farm deer for venison supply. . .

Without doubt, 2018 will be remembered as Fonterra’s annus horribilis.

It is not overstating the case to say that the past year has seen a series of failures and fiascos for the dairy co-op.

For the first time, it reported a net loss for the financial year of $196 million. Meanwhile, weaker global dairy prices have forced the co-op to keep lowering its forecast payout from an opening estimate of $7/kgMS in May to $6.25 to $6.50/kgMS . .

These two photos were taken a year apart. The joy's of farming. No two seasons are the same. Can I order a season somewhere in the middle for next year? pic.twitter.com/qRuxZLSWF3

Murray Ward always knew he was right but never lived to see it proven.

Instead his widow Evelyn is left to savour a bitter victory after an 18 year battle against officialdom over a drainage system that left part of the couple’s Waikato farm under a toxic lake and Murray urging his family from his deathbed to continue the fight.

Now Evelyn fears that despite a court victory she may not live to see everything put right. . .

A new report shows many farmers want to take action to reduce emissions, but need more information about what steps they can take.

It also shows if all farmers operated using today’s best practice, we may be able to reduce emissions by up to 10%. Continued funding for research into new, novel technologies will be important for reducing emissions further.

The Biological Emissions Reference Group Report is the culmination of two years of research into the opportunities, costs and barriers to reducing biological emissions in New Zealand’s primary industries. . .

“It’s clear that while New Zealand dairy farmers must continue their ongoing efforts to boost productivity and reduce their environmental footprint, on the global emissions and food security front the best thing we can do is to help dairy farmers in developing nations get to where we already are,” says Andrew, who owns and runs a dairy farm in the Manawatu. . .

After a day in Kansas corn, Cole Nondorf lay in bed watching evening television’s requisite barrage of commercials when he was jolted him from near-slumber by a 16-second advertisement. He watched as celebrity faces Ted Danson and Jenna Fischer cheerfully pronounced Smirnoff’s base vodka, No. 21, as non-GMO. Adios to GMO grain and welcome to the inference of health—even inside a bottle of booze. Nondorf sat up, looked at his wife, Allison, and muted the television, “Are they joking? Enough. That is enough.”

When Smirnoff kicked off a promotional campaign in October 2018, touting its No. 21 vodka as free from GMO corn, a Kansas farming couple crossed a business Rubicon. The Nondorfs swept Smirnoff products from the shelves of their liquor store after the commercial aired. The result? A wave of support from farm country and beyond.

Tucked in Sheridan County, in the northwest quarter of the Jayhawk State, the Nondorf operation is a mix of cattle, corn, grain sorghum, soybeans and wheat. The Nondorfs, both 36, also own A & C Liquid Assets, a wine and spirits business located in Hoxie, just off Highway 24, 20 miles north of I-70: Toss a dart at Hoxie on a wall map and the point will land center of Colorado Springs, Denver, Wichita and Kansas City. . . 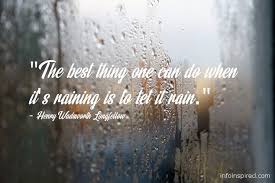 1432 – The first battle between the forces of Švitrigaila and Sigismund Kęstutaitis was fought near the town of Oszmiana (Ashmyany), launching the most active phase of the civil war in the Grand Duchy of Lithuania.

1854 –  In his Apostolic constitution Ineffabilis Deus, Pope Pius IX proclaimed the dogmatic definition of Immaculate Conception, which holds that the Virgin Mary was born free of original sin.

1904 Konservativ Ungdom (Young Conservatives)  was founded by Carl F. Herman von Rosen. It is the oldest political youth organization in Denmark and believed to be one of the oldest in the world.

1941 – United States President Franklin D. Roosevelt declared December 7 to be “a day which will live in infamy“, after which the U.S. and the Republic of China declared war against Japan.

1953 – United States President Dwight D. Eisenhower delivered his Atoms for Peace speech, and the U.S. launched its “Atoms for Peace” programme that supplied equipment and information to schools, hospitals, and research institutions around the world.

1980 John Lennon was shot and killed by Mark David Chapman in front of The Dakota apartment building in New York.

1987 – Croat Frank Vitkovic shotsand killed eight people at the offices of the Australia Post in Melbourne, before being killed himself.

1987 – The Alianza Lima air disaster –  a Peruvian Navy Fokker F27-400M chartered by Peruvian football club Alianza Lima plunged into the Pacific Ocean six miles short of its destination, killing 43 of the 44 people on board.

199 – The Australian Cricket Board’s cover-up of Shane Warne and Mark Waugh’s involvement with bookmakers was revealed.

2004 The Cuzco Declaration was signed in Cuzco, Peru, establishing the South American Community of Nations.

2005 – Ante Gotovina, a Croatian army general accused of war crimes, was captured in the Playa de las Américas, Tenerife by the Spanish police.

2010 – The Japanese solar-sail spacecraft IKAROS passed the planet Venus at a distance of about 80,800 km.

2013 – Riots broke out in Singapore after a fatal accident in Little India.

2016 – Syrian army started final phase of the attack and progress was made in the district of, “Sheikh Said” and preparing to storm the neighborhood “Sukkari” in East of Aleppo.