We’ve always invited our staff to bring their children to parties-past but this year we decreed it was to be adults only.

The thought that the staff might prefer to bring their children or find difficulty finding babysitters niggled but we needn’t have worried.

Those with children told us they enjoyed the evening much more without having to keep an eye on their offspring and those without little people said they enjoyed the quieter and more relaxed child-free atmosphere.

It did mean that without the need to get children home to bed, some stayed longer which made it a late night.

But today I was able to follow the best prescription for too little sleep – doing very little and I’m grateful for that.

It’s only one poll, but the latest one from One News Colmar Brunton is a very good one for National as the political year draws to a close:

It’s the party vote that counts and this result matters more – at least so far as one poll matters at all – than the preferred PM poll in which National’s leader Simon Bridges is still in single figures.

The changes are in margin of error territory but the trend still has National ahead of Labour.

Under MMP it’s not enough to have the most support, a party has to get to 61 seats by itself or with at least one support partner.

But at this stage of the political cycle, and given, the rough waters National has had to negotiate in recent months that’s a lesser concern than voter support which is still very strong.

Contextomy – quoting out of context;  an informal fallacy and a type of false attribution in which a passage is removed from its surrounding matter in such a way as to distort its intended meaning; the practice of misquoting someone by shortening the quotation or by leaving out surrounding words or sentences that would place the quotation in context;
an instance of this; the art or practice of quoting out of context, often with the aim of winning an argument.

"Because morality does not always prevail, by any means, too many of the intelligentsia act as if it has no effect. But, even in Nazi Germany, thousands of Germans hid Jews during the war, at the risk of their own lives, because it was the right thing to do."

"Economics and politics must both deal with a basic fact of life: What everybody wants adds up to more than what is possible. Economics deals with this by rationing through prices. Politics deals with it by lying and promising more than it can possibly deliver."

Place by the sea

He kept a piece of algae behind his ear to remind him of his roots. A million years ago every place was a little place by the sea, he would say & my mind would go blank & I would swim through the day without a care in the world & it all seemed so familiar that I knew I would go back someday to my own little place by the sea. Place By The Sea © 2018 Brian Andreas – posted with permission. 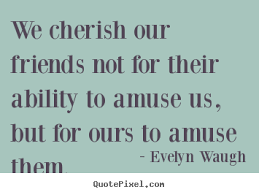 We cherish our friends not for their ability to amuse us, but for ours to amuse them  – Evelyn Waugh.

This is an hour and a half late for yesterday being written after I cleaned up from our staff party.

It went well and we didn’t have to call an ambulance as happened at the end of a previous party for which I’m very grateful.