When a farmers’ market in Oamaru was first mooted, it attracted the usual critics and doubters.

The people behind the idea weren’t deterred, they persevered, set it up and now several years later it is still operating in good weather and bad.

It’s always entertaining to listen to the buskers, peruse the goods on sale, buy something and catch up with friends.

Today I’m grateful for the farmers’ market, the people with the determination and visions to establish it and the people who keep it going.

Aril – an extra seed covering, typically coloured and hairy or fleshy; a specialised outgrowth from a seed that partly or completely covers it; an exterior covering or appendage of some seeds (as of the yew) that develops after fertilization as an outgrowth from the ovule stalk.

Close to the Ground

I still fly a lot in my dreams, she told us, but I try to stay close to the ground. At my age, a fall can be pretty serious. – Close to the Ground © 2018 Brian Andreas – posted with permission.

New Zealand dairy farmers are world-leading in many aspects of sustainability but not getting international recognition for their efforts, Federated Farmers dairy group chairman Chris Lewis says.

NZ is an echo chamber in which environmentalists and farmers hear themselves repeatedly, often without an international perspective or frame of reference.

“We think that if we solve our problems we are solving the world’s problems but we are a long way ahead of most countries.” . .

North Canterbury sheep and beef farmer Ben Ensor planned to take a year out after leaving school then head off to university. He hasn’t got there – yet but who knows what might happen, he says. Meantime, he’s passionate about the challenges of farming in the close-knit rural community of Cheviot. Annette Scott visited him to learn what drives him.

Ben Ensor grew up farming in the Cheviot district where the family name is synonymous with the small rural community in North Canterbury.

On leaving high school he looked forward to a year out of study before heading to university but that year grew to several as he first worked with a shearing contractor them worked his way around New Zealand on sheep and beef farms, climbing the ladder to stock manager status.

Then with a couple of years overseas and university fallen by the wayside Ensor returned to the family farm in 2000 as managing director of the sheep and beef business. . .

Guy Trafford looks at our current struggle with mycoplasma bovis and compares that with how others have tackled other major animal disease outbreaks:

If anyone needed reminding about the importance of bio-security, then the report that Britain has had a reactor animal for BSE (mad-cow disease) should capture all‘s attention.

Found in the Scottish region of Aberdeenshire, the surprising thing that came out of the report, from this commentator’s perspective, is the regularity of these outbreaks.

This is the first since 2015, but over the last decade 76 animals have been identified over the UK. Given that in the UK 4.4 million animals were destroyed during the 1986 outbreak it shows the difficulty in getting rid of diseases that get a hold within a resident population. . .

A new agri-tech innovation could help New Zealand farmers to diagnose crop viruses, according to an expert in molecular diagnostics.

An international team of scientists, including Jo-Ann Stanton from Otago University, have invented a hand-held device that can sequence a viruses genome so farmers can quickly identify the disease without leaving the field and act to mitigate it.

Dr Stanton, who is a senior researcher specialising in molecular diagnostics, said the technology was easy to use and had reduced the time farmers in Africa had to wait for diagnoses from six months to just four hours. . .

A passing thought as I drive past the Tulips at the end of a days spraying.
"Don't be happy with being part if the crowd, when you we're born to stand out"
Have a great weekend all. pic.twitter.com/IIBH8K1OIZ

On the farm: what’s happening around rural New Zealand:

What’s happening on farms and orchards around Aotearoa New Zealand? Each week Country Life reporters talk to people in rural areas across the country to find out.

A lot of the North Island is crying out for rain and farmers are checking the rain radar to make sure wet weather forecast for the weekend is still planning to arrive.

In Northland around Dargaville, the dry conditions have been ideal for planting kumara but now they need a drink as does the grass. The stock market is okay but would be a lot better if it rained. Next week Dargaville is hosting its spring cattle fair. There will be 1500 cattle to sell over two days and stock agents are hoping Northland buyers will be joined by others from around the North Island. . .

New Zealand’s agricultural graduates need to back themselves and the sector needs to welcome their insights in order to navigate the changing demands of farming, according to Massey agricultural alumni award winner, Bridgit Hawkins from .

Raised on a Reporoa sheep and beef farm, Ms Hawkins completed a Master’s Degree in Agricultural Science in 1989. Now a leader in Agricultural technology, Regen provides technology for solutions for farmers to manage effluent and irrigation, taking the guesswork out of farming and reducing their impact on the environment. . . 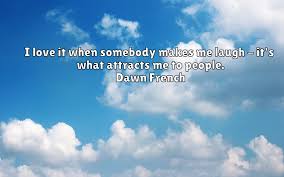 I love it when somebody makes me laugh – it’s what attracts me to people – Dawn French.

2013 – 5 people were killed and 38 injured after a car crashed into barriers just outside the Forbidden City in Tiananmen Square, Beijing.