A chocolate lab is staying with us for a few days.

Her unconditional enthusiasm and affection are heartwarming.

She makes everyday tasks like hanging out the washing or weeding the gardening fun by ‘helping’.

She brightens the day and I’m grateful for that.

Ala – a wing; winglike anatomic part or process.

Shearing ace Jills Angus Burney​ wouldn’t be where she was today if she hadn’t picked up a handpiece nearly 40 years ago.

That’s what the Feilding-born barrister and shearer told audiences as she surprised them during a hometown screening of her movie She Shears at Focal Point Cinema last weekend.

The film, which premiered earlier this month at the New Zealand Film Festival, follows the fortunes of five female shearers as they prepare for New Zealand’s annual Golden Shears competition.  . .

The off-again, on-again Waimea Dam has dodged the loss of its mystery $11 million backer with some of the existing irrigation investors reaching into their pockets to make up the difference.

“At the end of the day the terms were not acceptable and it made more sense for the existing investors to take up the unallocated shares,” Waimea Irrigators spokesman Murray King said.

A key concern of the group is the apportioning of risk, with the investor carrying less while Waimea Irrigators carried substantially more.

A group of 14 businesses will collectively buy 2000 convertible notes in Waimea Irrigation at $5500 a share, the same share price paid by the scheme subscribers. . .

After #docking 3,300 lambs this week at #MangaRa Station, it’s time to catch up on some #cattle work. The cows and calves now need to be moved from their calving country and spread everywhere to eat the spring flush. #cattlecountry pic.twitter.com/m62esmRxBZ

Glyphosate, the world’s most widely-used weed management tool has extensive economic and environmental benefits for farmers, especially for those involved with New Zealand’s grains industry.

The benefits of reducing farming’s environmental footprint are immense. Not only do glyphosate-based products successfully control a broad spectrum of weeds, they also help farmers grow crops more sustainably. This is because they allow farmers to adopt ‘conservation tillage’ – benefiting soil health, reducing carbon emissions and conserving water.

There are countless benefits to the land, the farmer and the environment from adopting a no-till system. First and foremost, by leaving the soil mostly undisturbed and leaving high levels of crop residues behind, soil erosion is almost eliminated. . .

Dairy genetics group LIC has confirmed innovation at the heart of its work and the spend on research and development this year is more than 5% of revenue.

That is a spend of $13.1 million for the year to next May 31, chairman Murray King told shareholders at the annual meeting in Hamilton.

The New Zealand primary sector’s research and development spend averages about 1%, he said.

The ambitious spend will drive sustainable growth and profitability and deliver more value to farmer shareholders. . .

I watched Jesse Mulligan on The Project recently saying something like the only people who did not support a capital gains tax were rich selfish people, and I could not help but disagree.

I do not own an investment property, profitable businesses, shares or farms, so a capital gains tax will not necessarily affect me, but I do have an opinion on it.

The premise behind a capital gains tax is that people who work pay tax but people that get income from investing in capital – ie: shares, farms, rental properties etc do not and that this is somehow unfair. . .

The Farmers Fast Five : Where we ask a Farmer Five quick Questions about Farming and what Agriculture means to them. Today we talk to Proud Farmer and Amberley A&P show President, Pete Greenwood.

1. How long have you been farming?

I have been farming since I was 16 years old.

2.What sort of farming were you involved in?

3.What makes you Proud to be a Farmer?

I am proud of what we produce & how we produce it. I am also proud of our position on the world stage. . .

Tell Tale Tit,
Your tongue shall be slit;
And all the dogs in the town
Shall have a little bit.

This rhyme was a schoolyard taunt aimed at children who told tales.

It’s come to mind often lately as I’ve come across stories in the media that are far more tittle-tattle than news.

One yesterday, that I’m not going to dignify with a link, breathlessly reported on a text obviously sent in anger.

Passing quickly over the ethics and judgement of all involved who thought it was okay to use something from someone sectioned for mental illness and risk the other party feeling victimised and abused again.

With this sort of reportage, it is very hard to raise above a he-said-she-said exchange of insults without understanding the context and circumstances that provoked it.

Even if that can be established, is it anyone’s business but those directly involved?

Making public a personal exchange, even it it’s between public figures, should rarely, if ever, be considered news.

As one of my lecturers at journalism school said, and the first editor I worked under reinforced, whether or not the public is interested in something shouldn’t influence the decision on whether it’s in the public interest to publish it.

Telling tales is rarely in the public interest.

I was brought up in a clergyman’s household so I am a first-class liar. – Dame Sybil Thorndike who was born on this day in 1882.

69 –  Second Battle of Bedriacum, forces under Antonius Primus, the commander of the Danube armies, loyal to Vespasian, defeated the forces of Emperor Vitellius. 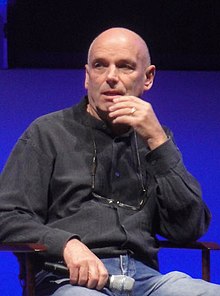 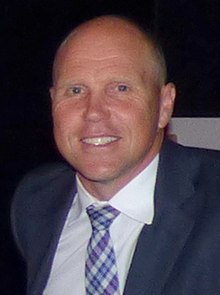