Whoever is careless with the truth in small matters cannot be trusted with important matters. – Albert Einstein

Tonight I’m grateful for family and friends who can be trusted with matters of importance great and small.

Mad, bad or both?

Former colleague, Mark Mitchell, who is in a better position to know spoke to Mike Hosking yesterday about mental illness and said: “He has to take responsibility for his actions, but he must look after himself first.”

That was before the release of the tape that didn’t appear to be the smoking gun Ross said it would be, but did needlessly insult other people, all of whom responded with dignity.

I’m always in his ear, at times pushing the envelope for what is right for my community.
I’m glad that JLR a man who deliberately released a recording that he knew would embarrass me is no longer in our caucus.
I continue to back Simon and we’ll both move on from this now.

“Any suggestion that I am upset about the tape is just wrong,” he said.

Finlayson noted he had said plenty of nasty things about people himself over his career that thankfully had not been taped.

Mr Carter also said he was not in the slightest bit bothered by comments made about him by Mr Bridges.

Mr Carter said Mr Bridges was clearly set up by Mr Ross in the phone call.

“Looking at renewal that’s inevitably needed by all political parties, I take no offence at all about what was said by Simon Bridges.”

Mr Carter has confirmed he will not be seeking re-election as a list MP.

“He’s made two contacts with me, one before he was leader and one after, on both occasions he actively encouraged me to stay – he said I was very valuable contributor to caucus discussions and particularly in a mentoring role to many or our new MPs.

“I have told him I will stay and complete this term but have no intention of standing beyond the election of 2020.” . .

These are just three of many needlessly dragged into the mess Ross has made. David Farrar writes of the terrible personal cost:

. . . This self-inflicted scandal is taking a terrible human toll. I’ll focus on the politics in another post, but I find it really sad the damage that has been done.

So there is a terrible personal cost to all this. It is very sad and I hope it stops. . .

Mental illness might explain the behaviour but it doesn’t excuse it nor justify the hurt inflicted.

As a party member I am appalled that any other member, let alone an MP, could behave in this way and inflict so much damage.

If memory serves me correctly, my electorate donated money to help Ross win the seat in the by-election through which he entered parliament.

The party is strong enough to withstand it and winning the by-election will prove that.

Ironically Ross’s actions have also strengthened Simon Bridges’ position. Even if there was some disquiet about the leadership – and I have no knowledge of any –  everyone in caucus knows they must show 100% discipline and unity so as not to reward Ross.

He may well try to release more of what he sees as ‘proof’ but the media needs to ask itself, if it would be in the public interest and safe for his mental health, to carry on publishing it.

Much of what we has become public was not.

Modern media is in a very difficult position, knowing that if they don’t publish something, it can still become public through social media but that doesn’t justify hurting those who will become collateral damage and there is even more need to tread carefully if someone’s mental health is at risk.

Demand from women for new skills and confidence in their farming businesses shows no sign of abating with a national programme set to scale up for the third successive year.

Funded by the Red Meat Profit Partnership (RMPP) and delivered by the Agri-Women’s Development Trust (AWDT), the Understanding Your Farming Business (UYFB) programme builds financial and communication skills that empower farming women to contribute more strongly to their businesses.

RMPP chairman Malcolm Bailey said the programme supports women in their role as critical farming partners by building on their business knowledge, skills and confidence. . .

Stud breeding is in the Paterson family’s blood.

Waikaka Station is home to the fourth and fifth generations to farm the Greenvale property — Laurie and Sharon Paterson and son and daughter-in-law Ross and Steph — while a sixth generation is looking promising.

Young Ollie (8) cannot wait to get on his motorbike while Emmie (6) is aiming to ride around the stock with her grandmother on horseback this summer.

Leo, the toddler of the family, has his boots on in the morning before his father, Ross quipped. . . .

Back in 1953, Matthew Kirkpatrick founded the Hereford stud that is now Waikaka Hereford.

One of Laurie Paterson’s earliest recollections of his grandfather was him driving an old, white, badly-dented Dodge car ‘‘rather like a tank’’.

‘‘So much so that one of the contractors always parked his car on top of the loading bank as he reckoned it was the only place safe from the boss.’’

Mr Kirkpatrick’s wartime experiences resulted in him being mentioned in dispatches for his work in the Imperial Camel Corps. . .

North King Country Young Farmers is on a mission to double its membership. It’s holding a skills day at Te Wharua Station at Matiere and a Bark Off at the Matiere Cosmopolitan Club on November 10th. Spread the word. 🐶🐕https://t.co/HVqX1oBHo2 pic.twitter.com/Ae5Y4Ndmmi

North King Country Young Farmers is on a mission to double its membership.

The active Te Kuiti-based club has a diverse member base of shepherds, dairy farmers and local rural professionals.

“Our aim is to help connect people and provide opportunities to socialise and upskill,” said member Christin Bentley. . .

Dozens of scientists and more than 2000 farmers have been working together to improve cow fertility in New Zealand dairy cows. DairyNZ’s Jane Kay explains how this exciting four-year project is producing astounding results, with further studies planned in the future.

1200ft up and rising to over 2,000ft in the north Pennines. Very active and productive farming here. As with the vast majority of Scotland this should be recognised for the huge carbon sequestration it provides, and not unfairly put down by a one sided inaccurate calculation. pic.twitter.com/b3OOiO27Pd

New Zealand winemaker Andy Anderson has again beaten wines from the best in the world at London’s prestigious International Wine and Spirit Competition (IWSC) to take out the World’s Best Pinot Noir Trophy.

Fruit and vegetable growers say a lack of workers is keeping a lid on industry growth and leaving hundreds of tonnes of fruit at risk of being left on the ground every year.

Many are hoping a promised ‘agricultural visa’ for foreign farm workers will solve industry labour woes by allowing farms to hire a dedicated overseas workforce on a temporary basis.

In late August the National Party promised the visa would be delivered in “days, not weeks”, forcing senior Liberals to put the plan on ice saying it would cause diplomatic problems with governments in the Pacific. . .

What a very generous donation:

It will be managed by the Department of Conservation, with public access run through the Nelson Mountain Bike Club (NMTBC).

The 860-hectare Wairoa Gorge will be donated to the Crown by the end of the year, to be managed as a conservation reserve. Dart bought the land in 2010 through his company RHL Holdings and had more than 70km of mountainbike trails built through the mixed native beech and plantation pine forest. . .

Would this have happened had the land been owned by a local?

I suspect not but sadly this won’t be enough to change the minds of xenophobes who are opposed to any and all foreign investment.

1748 The Treaty of Aix-la-Chapelle ended the War of the Austrian Succession. 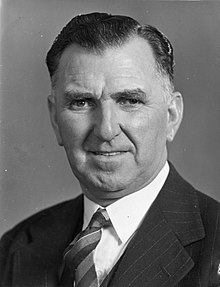 1921  The Crimean Autonomous Soviet Socialist Republic  was formed as part of the RSFSR.