The opening of the exhibition of a friend’s paintings this evening: time to admire the works, chat to people and be grateful for the way art shows familiar sights in completely new ways.

Whelve – to turn over and hide something underneath; to turn, as a dish or vessel, upside down usually to cover something; to conceal, hide or bury something beneath something else.

Sorry to be late with #FarmJokeFriday, Ben. We've got a number of consultations that close soon – find out more here and be heard https://t.co/Ij8dANeOMs #HaveYourSay pic.twitter.com/dDW81Vhvw1

That really grates us… ^EM

That cheese may be Gouda, but this one is Feta.

I’m doing grate, but I could be cheddar.

I used to work as a cheesemonger, but I camembert it any longer

When cheese gets its picture taken what does it say?

A Mexican, an Englishman, and an Americarn were in a bar having drinks.

A gorgeous young woman came up to them and said, “Whoever can use the words ‘liver’ and ‘cheese’ in a creative sentence can date me for tonight.”

The Englishman said, “I love liver and cheese! “

The American said,  “I hate liver and cheese!”

The woman sighed,  “That’s not creative.”

A switch was flicked, Rangitata River water bubbled in a basin, then slid along a man-made creek bed in the dry South Hinds riverbed.

It is there it will do its work: increase flows in the Hinds River – often dry in its middle reaches – replenish underlying aquifers, feed newly planted native plants, enhance a wetland and, it is hoped, enhance bores used to supply water to Mayfield.

The water was released last week as part of the work by the Managed Aquifer Recharge Governance Group’s project to boost aquifers, dilute nitrates and lift river and stream flows. . .

Alliance Group management has received a strong message from suppliers to keep investing in the company’s longer-term strategy, rather than take a short-term approach, chairman Murray Taggart says.

Mr Taggart and fellow directors and management are travelling the country, attending the co-operative’s annual roadshows.

Speaking to the Otago Daily Times yesterday, he said feedback from shareholders and suppliers had been “pleasantly positive.” . . .

Where once was gorse, blackberry and bracken are fields of lush grass, vegetables, and sprightly calves – Marty Sharpe:

Over the course of his 36 years Hemi Robinson has watched the area he calls home slowly decay.

Rust and algae-covered car bodies litter paddocks, once-loved weatherboard homes crumble quietly into the dirt and wave after wave of blackberry, gorse and bracken encroach and consume once fertile and productive land.

This is Raupunga, between Napier and Wairoa. Population 250-ish and falling. . .

The Duncan, Perry and Howard families have a long connection with farming.

They were instrumental in setting up Smedley, Taratahi and Massey University and the latest generation is doing it again with a group of farms in Rangitikei, particularly Otiwhiti and Westoe, providing a start on the land for cadets from all round the country.

Much has been said and written of the Duncans of the Turakina Valley but the transformation that has been happening on Otiwhiti Station deserves some focus of its own.

The farm cadet training school was established at Otiwhiti by Charles and Joanna Duncan and Charles’ parents, David and Vicky, in 2006. With the addition of Jim and Diana Howard’s Westoe Farm near Marton it could well be the premier farm cadet training establishment in the region. . .

Farmers have choice of five candidates to fill three seats –

Fonterra is conducting a wide-open contest among five nominees to fill three vacancies around its board table, which consists of seven farmer-directors and four independents.

The retirements of former chairman John Wilson through ill-health and of long-serving director Nicola Shadbolt mean Ashley Waugh is the only sitting director seeking re-election.

Because the co-operative recently reported its first loss in 17 years of operations Waugh is exposed to a possible backlash through the ballot box from disgruntled shareholders. . .

It’s pretty much perfect in the #MangaRa Station #sheepcountry! pic.twitter.com/4TTajS7f4H

Alliance Group’s Te Mana Lamb has been announced as a finalist in two categories of this year’s : Frozen, which is offered in association with Palmerston North City Council; and the NZ Food Safety Primary Sector Products Award.

The Primary Sector Products Award looks for single ingredient foods – those sold in their purest form, with minimal processing – where producers, researchers and manufacturers have added-value to primary products through introducing new varieties, cultivars or breeds.

Te Mana Lamb has been produced as part of the Omega Lamb Project – a Primary Growth Partnership led by Alliance, in association with farming group Headwaters New Zealand Ltd and the Ministry for Primary Industries. . . 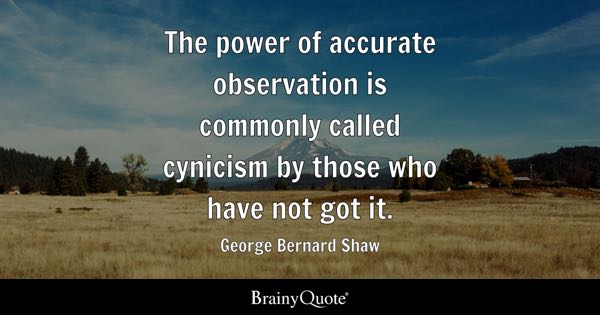 105 BC Battle of Arausio: The Cimbri defeated the Roman army of Gnaeus Mallius Maximus.

69 BC Battle of Tigranocerta: Forces of the Roman Republic defeated the army of the Kingdom of Armenia led by King Tigranes the Great.

68 BC Battle of Artaxata: Lucullus defeated Tigranes the Great of Armenia.

1600  Jacopo Peri‘s Euridice, the earliest surviving opera, received its première performance in Florence, signifying the beginning of the Baroque Period.

1683  William Penn brought 13 German immigrant families to the colony of Pennsylvania, marking the first immigration of German people to America.

1762  Seven Years’ War: conclusion of the Battle of Manila between Britain and Spain, which resulted in the British occupation of Manila for the rest of the war.

1769 Ship’s boy Nicholas Young received a gallon of rum and had Young Nick’s Head named in his honour for being the first aboard theEndeavourto spot land.

1789  French Revolution: Louis XVI returned to Paris from Versailles after being confronted by the Parisian women.

1849  The execution of the 13 Martyrs of Arad after the Hungarian war of independence.

1854 The Great fire of Newcastle and Gateshead started shortly after midnight, leading to 53 deaths and hundreds injured.

1884  The Naval War College of the United States Navy was founded in Newport, Rhode Island.

1903  The High Court of Australia sat for the first time.

1906  The Majlis of Iran convened for the first time.

1927  Opening of The Jazz Singer, the first prominent talking movie.

1928  Chiang Kai-Shek became Chairman of the Republic of China.

1945 Billy Sianis and his pet billy goat were ejected from Wrigley Field during Game 4 of the 1945 World Series (see Curse of the Billy Goat).

1976  Cubana Flight 455 crashed into the Atlantic Ocean after two bombs, placed on board by terrorists with connections to the CIA, exploded. All 73 people on-board were killed.

1976 New Premier Hua Guofeng ordered the arrest of the Gang of Four and associates and ended the Cultural Revolution in China.

1976   Massacre of students gathering at Thammasat University in Bangkok, Thailand to protest the return of ex-dictator Thanom, by a coalition of right-wing paramilitary and government forces, triggering the return of the military to government.

1977  In Alicante, Spain, fascists attacked a group of MCPV militants and sympathisers, one MCPV sympathiser was killed.

1985  PC Keith Blakelock was murdered as riots erupted in the Broadwater Farm suburb of London.

1995 51 Pegasi was discovered to be the first major star apart from the Sun to have a planet (and extrasolar planet) orbiting around it.

2002  The French oil tanker Limburg was bombed off Yemen.

2007 Jason Lewis completed the first human-powered circumnavigation of the globe.