Travel provides new experiences and new places and opens your eyes to the blessings of familiar scenes when you get home.

It’s more than a wee bit cooler here than it was in Spain but I’m grateful for both the trip away and for being able to look at the charms of home with fresh eyes.

We had a delicious meal, interesting conversation and lots of laughs – for all of which I’m grateful.

Blandscape – a bland-looking landscape; a derivative, boring landscape painting; a landscape or place that has been left devoid of diversity, stripped of local distinctiveness, monoculture, genericised.

Word of the day: “blandscape” – a landscape or place that has been left devoid of diversity, stripped of local distinctiveness, monocultured, genericised (coined in Landmarks).
What would you name or nominate as a blandscape? pic.twitter.com/wepnjVUYkt

The Lumsden Rural Women’s network is calling for the decision to shut its local birthing centre to be reversed.

The Southern District Health Board today announced the unit would become a maternal and child hub, where babies are only delivered in an emergency.

The DHB today released a plan that also included four other hubs to be established in Wanaka, Te Anau, Tuatapere and Ranfurly; funding support for midwives working in remote locations; and investment in technology to support care. . .

New Zealand’s red meat sector should draw on the experiences of the dairy sector to help formulate its strategy for continued growth in the Chinese market, according to RaboResearch General Manager Tim Hunt.

Speaking at the Red Meat Sector conference in Napier last week, Mr Hunt said the Chinese market offered significant growth potential for New Zealand’s red meat sector and there was much the industry could learn from New Zealand dairy. . .

There’s probably Aucklanders out there who would pay me hundreds a week to live in my calf shed, gets a better view than their concrete shoe boxes. Friendly roommates*

Operating profit, which gauges the underlying performance of the business, rose to $10.4 million in the six months ended June 30, from $7.5 million in the year earlier period, the Auckland-based company said in a statement. . .

As plastic waste hits the headlines again, rural recycling programme Agrecovery assures farmers and growers that it offers a complete and sustainable local solution for empty agrichemical containers and drums.

This plastic is collected from over 80 sites and large-scale farms across the country and taken to Astron Plastics in Auckland, where it is reborn as underground cable cover and building materials to prevent rising damp. . .

New treatment and cleaning rules for imported vehicles and machinery will make it harder for brown marmorated stink bug to make landfall in New Zealand, says the Ministry for Primary Industries.

MPI released the new import health standard for vehicles, machinery and equipment today. It will come into force on 1 September – the beginning of the stink bug season. . .

Among the meat products suggested for export to the UK are hormone-treated beef and “burnt goat heads”.

Ministers from both countries met last week to discuss the future of their trading relationship, amid concerns that the Australian government could force the UK to lower food standards.

It comes as a petition supporting The Independent’s campaign for a Final Say on Brexit passed 570,000 signatures. . .

The worst grain crops in more than 50 years.

The farmers despair over what seems to be the worst season for grain crops since the early 1960s. “Extreme situation”, says an advisor.

– I do not think the regular Joe understands what’s going on. This is an extreme situation that we have never experienced before, says grain advisor in Norwegian Farm Counsellors (Norsk Landbruksrådgiving), Bjørn Inge Rostad to Aftenposten.

The grain farmers are unevenly affected, but Rostad thinks the grain crops can be down to 40 per cent of what is normal.
Chairman of the Board in the Cereal Producers’ Organization, John Lilleborge also believes that the production is a halved on a nationwide basis. . .

The world’s first Manuka honey jar with eleven separate consumer security and anti-counterfeit measures is available to purchase nationwide and online on from September. Boasting New Zealand’s highest standard of Manuka honey, PURITI Manuka comes in a customised cylindrical jar with a unique lid that features a thick anti-tamper seal.

The jar and lid have the same diameter, allowing for a smooth and seamless fit and a distinctly different visual appearance. This design is unique to PURITI Manuka. The jar also features a tear strip for additional consumer security. . . 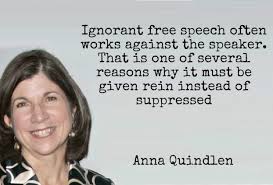 Ignorant free speech often works against the speaker. That is one of several reasons why it must be given free reign instead of suppressed. – Anna Quindlen

30 BC Cleopatra VII Philopator, the last ruler of the Egyptian Ptolemaic dynasty, committed suicide allegedly by means of an asp bite.

1099  First Crusade: Battle of Ascalon – Crusaders under the command of Godfrey of Bouillon defeated Fatimid forces under Al-Afdal Shahanshah.

1121   Battle of Didgori: the Georgian army under King David the Builder won a decisive victory over the famous Seljuk commander Ilghazi.

1164  Battle of Harim: Nur ad-Din Zangi defeated the Crusader armies of the County of Tripoli and the Principality of Antioch.

1281  The fleet of Qubilai Khan was destroyed by a typhoon while approaching Japan.

1323   Treaty of Nöteborg between Sweden and Novgorod (Russia) regulated the border for the first time.

1332   Wars of Scottish Independence: Battle of Dupplin Moor – Scots under Domhnall II, Earl of Mar were routed by Edward Balliol.

1480   Battle of Otranto – Ottoman troops behead 800 Christians for refusing to convert to Islam.

1499  First engagement of the Battle of Zonchio between Venetian and Ottoman fleets.

1687   Charles of Lorraine defeated the Ottomans at the Battle of Mohács.

1851  Isaac Singer was granted a patent for his sewing machine.

1883   The last quagga died at the Artis Magistra zoo in Amsterdam.

1895 Minnie Dean became the first (and only) woman to be hanged by law in New Zealand.

1898  The Hawaiian flag was lowered from Iolani Palace in an elaborate annexation ceremony and replaced with the American flag to signify the transfer of sovereignty from the Republic of Hawai`i to the United States.

1944  Alençon was liberated by General Leclerc, the first city in France to be liberated from the Nazis by French forces.

1952  The Night of the Murdered Poets – thirteen most prominent Jewish intellectuals were murdered in Moscow.

1953   The islands of Zakynthos and Kefalonia in Greece were severely damaged by an earthquake measuring 7.3 on the richter scale.

1964  South Africa was banned from the Olympic Games due to the country’s racist policies.

1964 – Charlie Wilson, one of the Great Train Robbers escaped from Winson Green Prison.

1969 Violence erupted after the Apprentice Boys of Derry march resulting in a three-day communal riot – the Battle of the Bogside.

1976  Between 1,000-3,500 Palestinians killed in the Tel al-Zaatar massacre, one of the bloodiest events of the Lebanese Civil War.

1977  The first free flight of the Space Shuttle Enterprise.

1978   Treaty of Peace and Friendship between Japan and the People’s Republic of China was signed.

1981  The IBM Personal Computer was released.

1982   Mexico announced it was unable to pay its enormous external debt, marking the beginning of a debt crisis that spread to all of Latin America and the Third World.

2000  The Oscar class submarine K-141 Kursk of the Russian Navyexploded and sank in the Barents Sea during a military exercise.

2005  Sri Lanka’s foreign minister, Lakshman Kadirgamar, was fatally shot by an LTTE sniper at his home.