Sunday lunch with friends, but not an ordinary lunch, it was Cucina’s Argentinean long lunch and it was delicious:

It was a very pleasant way to pass a Sunday afternoon and I’m very grateful for it.

Asado – barbecue, specifically an Argentinean barbecue of meat cooked over an open fire.

She always camouflaged herself as a crowd. I’ve never been lonely, she said, but sometimes it’s hard to think above the noise. Crowd – © 2018 Brian Andreas – posted with permission.

Knowledge of the National Animal Identification and Tracing (Nait) system has increased in the wake of the Mycoplasma bovis response but some farmers are continuing to break the rules.

In a statement yesterday, compliance investigations manager Gary Orr said the Ministry for Primary Industries and Nait Ltd had been running joint operations around the country to check compliance with Nait requirements.

The disease response had highlighted the importance of tracing animal movements and having complete and accurate information available. It was critical all farmers complied with Nait and tracked all animal movements on and off their farms and those who weren’t were putting the rest of the industry in jeopardy, Mr Orr said. . .

Manuka Honey Appellation Society members are optimistic money will be forthcoming for a bid to protect the manuka honey brand as a trade mark and ultimately as a Geographical Indication (GI).

Rawcliffe and others in the industry hope a cash injection to protect the brand for New Zealanders will soon be forthcoming.

“So far, as an industry group, we have invested $1 million into manuka honey for its protection and we have already seen the landmark decision made in the United Kingdom where their Trade Registry has accepted the filing of the term manuka as a certification mark,” Rawcliffe said. . .

Farming at the southernmost point of NZ -Brittany Pickett:

Dot and Colin McDonald are farming at the end of the world.

They bought the west side of Stonewood in 2003, before buying the east side in 2005.

“We had to completely do it over,” Dot said.

Both properties were run-down, with extensive development needed. The one small woolshed was run by a generator, and other than that there were no buildings and almost non-existent fencing throughout the property. . .

Mairi Whittle is having quite a year. Last week she won the Fieldays Rural Catch competition and if that isn’t enough at the end of July she takes over her family’s Taihape sheep and beef farm. She spoke to Neal Wallace.

It is proving to be a busy few weeks for Mairi Whittle.

Having won the Golden Gumboot at the Fieldays Rural Catch Competition earlier this month she becomes the fourth generation of her family to run the 6000 stock unit, Makatote Station north east of Taihape at the end of July.

Irrigation helps out with sheep production, during dry times –

“We’ve moved to a new area and we thought we would open our gates to get some interest from people, where we are now,” Mr Murphy said.

Operating at Kotta, on the Echuca-Mitiamo road, Victoria, the Murphys were former dairy farmers. . .

Hyperweeder weed-killer robot. One version zaps weeds with a laser beam, stopping their growth by heating their growing tips up to 95 degrees C. The other squirts an herbicide, for example, glyphosate, directly where it's needed. Watch the video! https://t.co/tsyI7NvBkP

Glyphosate is a herbicide that’s used to kill undesired plants. Pulling up plants, or “weeding,” does the same thing without chemicals, but it’s very labor-intensive. What if tireless robots could weed fields cheaply?

Professor Simon Blackmore, head of robotic agriculture at the UK’s National Centre for Precision Farming at Harper Adams University in England, says that increasingly sensitive and precise sensors and instruments are being developed that can measure the “complex nature of the growing environment” on every square meter of farmland — the soil and water conditions; the presence of pests and diseases; the location of weeds, and the size of crop plants.

In addition to measuring the state of a crop, robots will be able to actively improve growing conditions, not least by getting rid of weeds. . . 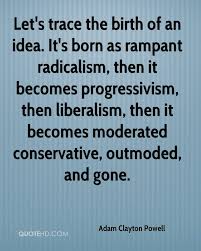 1662  The Dutch attempted but failed to capture Macau.

1793 The first Republican constitution in France was adopted.

1939  Siam was renamed to Thailand by Plaek Pibulsonggram, the third Prime Minister.

1982  British Airways Flight 9, sometimes referred to as “the Jakarta incident”, flew into a cloud of volcanic ash thrown up by the eruption of Mount Galunggung, resulting in the failure of all four engines.

2010 – John Isner of the United States defeated Nicolas Mahut of France at Wimbledon, in the longest match in professional tennis history.

2012 – The last known individual of Chelonoidis nigra abingdonii, a subspecies of the Galápagos tortoise, died, making the species extinct.

2013 –  – Former Italian Prime Minister Silvio Berlusconi was found guiltyof abusing his power and having sex with an underage prostitute, and was sentenced to seven years in prison.