Monsterful – extraordinary and wonderful;  unnatural; an amazing event or occurrence; a prodigy, a marvel.

An evening of rugby under cover at Forsyth Barr Stadium, catching up with friends, meeting some new people, having fun, a fast-paced exciting game, a win to the All Black and a safe trip home, for all of which I’m grateful.

(BusinessDesk) – New Zealand sheep farmers, whose fortunes in recent years have been overshadowed by their dairy farmer colleagues, are having a strong season with lamb prices approaching record levels, according to AgriHQ’s Monthly Sheep & Beef report for June.

“This season continues to move from strength-to-strength for sheep farmers, mainly due to the incredible heights slaughter prices are reaching,” AgriHQ analyst Reece Brick said in his report. “Winter contracts within the North Island and lower supplies in the South Island have pulled lamb slaughter prices up by 30 cents/kg in both regions.” . .

Before the Government decides whether Farm Environment Plans (FEPs) should be voluntary or compulsory we in the Rural Advocacy Network suggest a look at recent experience around New Zealand and overseas.

The voluntary farm plan approach is focused on actions to achieve outcomes. It has been very successful in regions like Taranaki where over two-thirds of hill country now has farm plans.

The key to the success of the voluntary model is trusted advisers working in partnership with landowners. Farm plans are tailor-made recognising that every farm is different and that people learn in different ways. The advisers have a wide range of practical knowledge covering all aspects of environmental management – biodiversity, wetlands, water quality, pests, erosion and sediment loss. It is a whole-farm approach. . .

Central Canterbury arable farmers Syd and Chris Worsfold and their son Earl grow cereals in half their farm and are welcoming a $100 a tonne lift in wheat prices this season.

Syd Worsfold, named Federated Farmers’ arable farmer of the year after 30 years of industry involvement, said the increase was a return to more competitive pricing, after two years of poor returns.

Market demand is slow and pig meat prices have taken a dive in recent weeks as pork producers seriously question their future.

“Imports are coming in really cheap and compromising domestic prices.

“This is where Country of Origin Labelling (CoOL) is very important to us,” Carter said.

Half a million litres of Pahiatua groundwater to be saved every day:

Half a million litres of Pahiatua groundwater (about the same as 18 milk tanker loads) will be saved every day thanks to the development and installation of a ground-breaking reclaimed water system at the local Fonterra site.

The site team came up with an innovative way to reuse water from condensation that’s produced during the milk powder manufacturing process.

Robert Spurway, Fonterra’s COO Global Operations, says the water-saving initiative is a testament to the Pahiatua team’s innovative and can-do approach to sustainability. . .

18 tankers can hold half a million litres of water: enough to run 1700 NZ households a day! And thanks to some good old Kiwi ingenuity, that's the amount of groundwater we're saving daily in Pahiatua. https://t.co/TjGjtgxWmi pic.twitter.com/dK6PdA0C7N

Synlait has confirmed its new nutritional manufacturing site in Pokeno, Waikato, will be commissioned for the 2019 / 2020 season.

The functionality of Synlait’s first nutritional spray dryer at Pokeno has also been expanded as a result of forecast customer demand.

The nutritional spray dryer will be capable of producing a full suite of nutritional, formulated powders (including infant-grade skim milk, whole milk and infant formula base powders) and the capacity has increased to 45,000 metric tonnes (MT) from an initial 40,000 MT. . .

She Shears – directed by Jack Nicol:

Presented by Miss Conception films, who focus on female-led stories, this fresh dispatch from the heartland introduces two legendary shearers – and three in the making – as they head for black-shirt glory at the Golden Shears.

When a Kiwi girl sets her heart on becoming a shearer there’s not a lot that’s going to stop her, as the five women profiled in this lively doco happily testify. Central Otago’s Pagan Karauria admits it was tough getting a gig at the start, but with her champion dad staunchly behind her, she’s made the shearing shed the focus of her career, not just as a competitive shearer, but as an ace wool sorter and mentor to other young women. Catherine Mullooly, from the King Country, packs her skills for some enterprising OE. With whānau solidly backing them, each of these women strive, more than anything, to better themselves. . .

.@NFUCymru President @Johnpentre tells #NFUCouncil he will continue to emphasise the link between the environment and food production in discussions with politicians. pic.twitter.com/j1gR18GPpJ 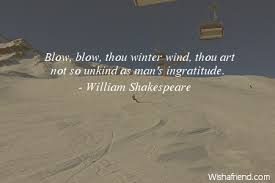 Blow, blow thou winter wind, thou art not so unkind as man’s ingratitude.  – William Shakespeare

1280 – – The Battle of Moclín took place in the context of the Spanish Reconquista pitting the forces of the Kingdom of Castile against theEmirate of Granada. The battle resulted in a Granadian victory.

1917  In a game against the Washington Senators, Boston Red Sox pitcherErnie Shore retired 26 batters in a row after replacing Babe Ruth, who had been ejected for punching the umpire.

1961 The Antarctic Treaty, which set aside Antarctica as a scientific preserve and banned military activity on the continent, came into force after the opening date for signature set for the December 1, 1959.

2013 – Nik Wallenda became the first man to successfully walk across the Grand Canyon on a tight rope.

2014 –  – The last of Syria’s declared chemical weapons were shipped out for destruction.