Come in and sit by the fire.

I accepted the invitation, enjoyed the chat that came with it and am grateful for the warmth of both.

Fricative – denoting a type of consonant made by the friction of breath in a narrow opening, producing a turbulent air flow; a fricative consonant; a consonant characterized by frictional passage of the expired breath through a narrowing at some point in the vocal tract.

We walked together on the beach that day to find some treasure from the sea & the thing I remember best is laughing at how everything we found we threw back so someone else could find it, because we already had all the treasure we could hold. – Treasure © 2018 Brian Andreas – posted with permission.

It will not be possible to control Mycoplasma bovis if an eradication attempt fails, given the present lack of understanding of the infection and the “gross inadequacy” of existing diagnostics, Emeritus Prof Frank Griffin says.

Otago-based Prof Griffin, whose career has focused on animal health research, described that as the “sad reality”.

He believed the Government’s decision to attempt eradication first was the correct one, even though it brought considerable public liability for taxpayer funding. . .

Eradication of Mycoplasma bovis could be supported by the 25-year legacy of co-operation between OSPRI/TBfree and AgResearch in tracking and researching bovine tuberculosis.  Richard Rennie spoke to Dr Neil Wedlock, one of the country’s senior bTB researchers on what can be learned.

Collaboration between AgResearch scientists and disease control managers at OSPRI TBfree and its predecessor the Animal Health Board has led to important technical breakthroughs resulting in a drastic reduction in the prevalence of bovine tuberculosis in livestock.

Eradication of TB from the national herd by 2026 will be hailed as a disease control success story but there are some challenges to deal with before that happens. . . .

Trio share their travels through hills and valleys – Toni Williams:

You can’t go from mountain to the next mountain without going in the valley,” says farmer and author Doug Avery.

Rural Mid Cantabrians were encouraged to ”take a break” with the trio as they spoke of their life experiences – the ups and the downs.

From front-line policing during the 1981 Springbok tour, reaching rock bottom farming in drought-stricken Marlborough to cracking open emotions, they shared it all.

All three spoke of the importance of having a mentor, or a support network of people to help when times were tough. . .

Meat companies have asked Beef + Lamb New Zealand not to launch the Taste Pure Nature origin brand in North America fearing it will confuse consumers and give competitors a free ride.

Its chairman Trevor Burt fears the origin brand will clash with its Spring Lamb brand. . .

Pleased we now have a Lifeguard rollover set up on the quad. So is the Smithfield! pic.twitter.com/m2Z1AmDch2

The National Party’s five principles on which it will base emission reduction policies, including science-based and taking into account economic impact, are spot on, Federated Farmers says.

The Opposition’s support for a bi-partisan approach to establishing an independent, non-political Climate Change Commission was outlined by Leader Simon Bridges in a speech at Fieldays this morning.  National’s three other emission reduction criteria are technology driven, long-term incentives and global response.

“We’re delighted that the Coalition Government, and now National, have both signaled their recognition that there’s a good case for treating short-lived greenhouse gases (such as methane) and long-lived (carbon dioxide and nitrous oxide) differently,” Katie says. . .

Different treatment of methane the right thing for global warming:

“Policy must be underpinned by robust science and be appropriate to the targeted outcome. If the outcome we want is climate stabilisation, then the science is telling us to treat long-lived gases differently to methane in policy frameworks” says DCANZ Executive Director Kimberly Crewther . . .

For many generations, the heads of farm operations across America were likely to be men clad in overalls wearing a cap emblazoned with the logo of a local seed dealership or cooperative.

Back then, most women were viewed as homemakers who raised the children, kept the family fed and clothed, and were delegated as the indispensable “go-fer” who ran for spare parts, delivered meals out to the field and kept watch over sows during farrowing – all the while keeping hearth and home running efficiently

Although many of these duties were important to the success of the farm, they were often looked upon as secondary in nature. Today women are stepping into the forefront and playing more prominent roles on the farm and in careers in the agribusiness industry once dominated by their male counterparts. . .

Good morning. Moving the flocks. A natural flow from fields to field. Every 7 days I move the ewes. Today from The Black horse bank field to The Wayerfalls pasture. @NFUCountryside @CumbriaWeather pic.twitter.com/AaieuILCJp 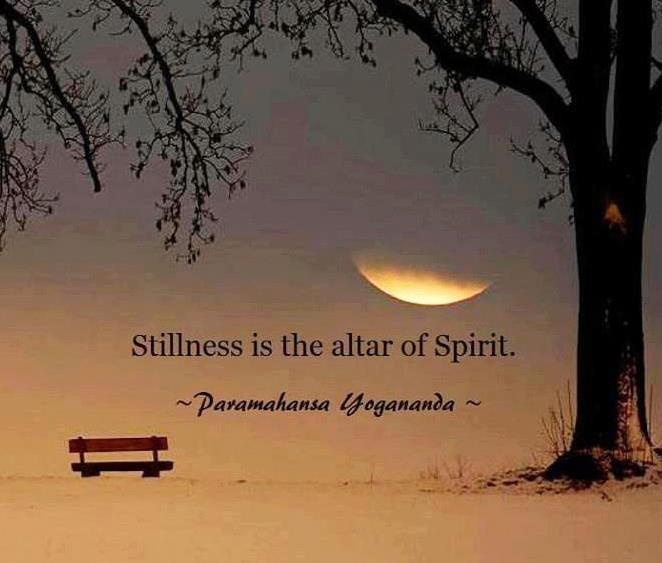 Stillness is the alter of the spirit. – Paramahansa Yogananda

1462 – Vlad III the Impaler attempted to assassinate Mehmed II (The Night Attack) forcing him to retreat from Wallachia.

1631 Mumtaz Mahal died during childbirth. Her husband, Mughal emperorShah Jahan I, then spent more than 20 years building her tomb, the Taj Mahal.

1789  In France, the Third Estate declared itself the National Assembly.

1839 In the Kingdom of Hawaii, Kamehameha III issued the Edict of toleration which gave Roman Catholics the freedom to worship in the Hawaiian Islands.

1843 The Wiarau Incident: New Zealand Company settlers and Ngati Toa clashed over the ownership of land in the Wairau Valley.

1863 Battle of Aldie in the Gettysburg Campaign of the American Civil War.

1885 The Statue of Liberty arrived in New York Harbour.

1901  The College Board introduced its first standardized test.

1910 Aurel Vlaicu performed the first flight of A. Vlaicu nr. 1.

1932  Bonus Army: around a thousand World War I veterans amassed at the United States Capitol as the U.S. Senate considered a bill that would give them certain benefits.

1940 – World War II: sinking of the RMS Lancastria by the Luftwaffe.

1940 – The three Baltic states of Estonia, Latvia and Lithuania fell under the occupation of the Soviet Union.

1944  Iceland declared independence from Denmark and became a republic.

1953  Workers Uprising: in East Germany, the Soviet Union ordered a division of troops into East Berlin to quell a rebellion.

1957 Phil Chevron, Irish musician (The Pogues, The Radiators From Space), was born.

1958  The Ironworkers Memorial Second Narrows Crossing being built connecting Vancouver and North Vancouver, Canada, collapses into the Burrard Inlet, killing many of the ironworkers and injuring others.

1958  The Wooden Roller Coaster at Playland, in the Pacific National Exhibition, Vancouver, opened.

1961  The New Democratic Party of Canada was founded with the merger of the Cooperative Commonwealth Federation (CCF) and the Canadian Labour Congress.

1963  The United States Supreme Court ruled 8 to 1 in Abington School District v. Schempp against allowing the reciting of Bible verses and the Lord’s Prayer in public schools.

1963  A day after South Vietnamese President Ngo Dinh Diem announced the Joint Communique to end the Buddhist crisis, a riot involving around 2000 people breaks out, killing one.

1972  Watergate scandal: five White House operatives were arrested for burglary of the offices of the Democratic National Committee

1987  With the death of the last individual, the Dusky Seaside Sparrowbecame extinct.

1991  Apartheid: the South African Parliament repealed the Population Registration Act, which had required racial classification of all South Africans at birth.

1992  A ‘Joint Understanding’ agreement on arms reduction was signed by George Bush and Russian President Boris Yeltsin (this was later codified in START II).

1994 O.J. Simpson was arrested for the murders of his wife, Nicole Brown Simpson, and her friend Ronald Goldman.