Old friends and new, sparkling conversation to accompany a meal someone else cooked made it a very enjoyable evening for which I’m grateful.

Quotidian – of or occurring every day; daily; everyday, commonplace; denoting the malignant form of malaria.

Farmers at country club: ‘We want to stop the spread’-:

A small Tararua farming community has told the agriculture minister of the uncertainty facing it because of the cattle disease Mycoplasma bovis.

Damien O’Connor visited the community of Makuri near Pahiatua today as part of the government’s Mycoplasma bovis roadshow.

Tararua district mayor and farmer Tracey Collis was there and told Checkpoint there was a lot to be learned from the Mycoplasma bovis scare.

“Watching the uncertainty in farmers in the district – it’s not something you wouldn’t wish on anybody,” she said.

“I think we need to tidy up our practises. [Husband] Mike and I spent five years as organic dairy farmers and within that system anything that came onto the farm was cleaned.” . .

We've got information around winter grazing and how that relates to Mycoplasma bovis right here.https://t.co/4RIOrm4Gu1 pic.twitter.com/spC3jZlkXG

The costs of the attempted eradication of Mycoplasma bovis will be borne unevenly, although economists say the full extent of the costs has yet be calculated.

The Government chose to attempt to eradicate the presence of the bacterium, noting the current estimates of eradication costs were smaller than the estimated costs of management.

No country has yet successfully eradicated the disease, but the Government does not want to regret not trying. . .

Decision made but important to find the cause – Allan Barber:

The Government decision to eradicate rather than contain Mp. Bovis has the merit of drawing a line under the first stage of the disease outbreak. There were three options under consideration: eradicate, manage or do nothing; the third was clearly not seriously considered, but there must have been a serious debate between the first two. In the end the eradication course of action was chosen because it gives ‘the best shot’ at eliminating the disease to the benefit of the New Zealand agricultural sector, particularly the dairy industry, and the economy.

The other factor which weighed in favour of the chosen option was MPI’s cost estimate of $886 million in contrast to $1.2 billion from attempting to manage the disease, although at any point along the way it may prove necessary to accept eradication is not possible and management will then become the default option. The likely first trigger point for a change will come in October/November after calving when cows are at their most stressed and liable to show signs of Mp. Bovis. The third option of doing nothing has been estimated to cost $1.3 billion in lost production over 10 years as well as continuing productivity losses. . .

The ANZ Mycoplasma Bovis relief package is in response to this week’s Government announcement stating it would work with farming sector leaders to attempt to eradicate the disease, which is not harmful to humans, over the next few years.

The package will be effective immediately.

ANZ also acknowledges the efforts of the Rural Support Trust and will make a $20,000 donation to support their important work with local farmers on the ground. . .

World Milk Day lesser-known dairy fact number 29. Have you been getting your three servings a day? #worldmilkday #June1st #raiseaglass pic.twitter.com/bYbMhb6Zzy

Tararua and Southern Hawke’s Bay sheep and beef farming couples are among the first in the country to be offered a new programme to help them plan for long-term business success, developed in response to strong industry demand.

Launched recently, the programme equips farming partners to decide their business and family goals together, then use that to plan for, and lead, their teams.

Designed and delivered by the Agri-Women’s Development Trust (AWDT), each two-day programme will be held over two months. . .

I love this view on our farm. Mt. #Taranaki peeking over the top of a QEII native bush block. pic.twitter.com/PYFDqgCNj2

It’s been a positive start to 2018 for the global beef sector – with production and consumption up and prices generally favourable – however, building pressures in some of the world’s major beef-producing nations have the potential to change export market dynamics, with implications for New Zealand, according to a recently-released industry report.

In its Beef Quarterly Q2 2018 – Production continuing to Grow, but Supply Pressure Starting to Mount, agribusiness banking specialist Rabobank says supply pressure is growing in global beef markets due to dry weather conditions in the US, a surplus of animal protein in Brazil and changes in live cattle trade out of Australia.

Report co-author, Rabobank New Zealand animal proteins analyst Blake Holgate says the degree to which these supply pressures continue to build will determine the extent of their impact on global markets. . .

Plenty of rural folk have jumped at the chance to respond to a Federated Farmers survey on the quality of telecommunications connectivity out in the provinces.

There were close to 500 responses within 24 hours of the launch of the survey.

“Technology is a huge and increasing facet of modern farming. If the apps and programmes on farmers’ digital devices drop out or run at crawl-speeds, they simply can’t run their businesses efficiently.” . .

World Milk Day dairy fact number 31! It's been a great month, and our lesser-known dairy facts have been a hit. It's a good thing we've been drinking lots of energy-rich milk to keep us going. #worldmilkday #June1st #raiseaglass pic.twitter.com/6xNBkQgaLR

Teletext gets my thanks for posing Thursday’s questions and can claim a bag of toasted hazelnuts for stumping us all by leaving the answers below.

The only answers I was confident about were 1 – Elton John and the bonus – Dick Quax.

Today is #WorldMilkDay, the international day to celebrate the goodness of dairy. So join us this morning and #raiseaglass – our 10,000 farmer families are celebrating with you. #dairyforlife pic.twitter.com/lFhi8oSs1o

In 2001, the Food and Agriculture Organisation of the United Nations (FAO) selected June 1st as World Milk Day, which celebrates the important contributions of the dairy sector to sustainability, economic development, livelihoods and nutrition. The Global Dairy Platform is coordinating global celebrations on June 1, 2018. . . 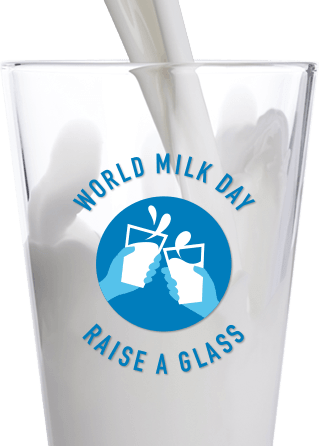 Fonterra is offering the chance to win a year’s supply of milk – follow the link here.

Petrol was $2.22 a litre when I filled up my car yesterday.

That’s expensive and it’s going to get worse:

Aucklanders will be hit with a 11.5c a litre rise as soon the regional fuel tax comes into effect on July 1, with petrol companies saying they will be passing the full increase on.

And there will be more pain when prices rise by as much as 4c a litre again on October 1 if the first round of three national fuel excise increases is implemented following a policy statement announcement at the end of June.

The Government has indicated the increase will be 3-4c every year for three years. . .

Aucklanders might face the highest price increase but it will affect all of us one way or another because at least some of the price rise will spread throughout the country.

The price rise might encourage some to forgo private transport for public, but public transport doesn’t serve everyone in cities and there are no passenger trains and local buses outside cities and you can’t put goods and services on trains and buses.

And who will be hardest hit by that?

Auckland needs better roads but had mayor Phil Goff kept to his promise of finding 3-6 percent efficiencies across the Council budget, this tax would not be needed.

For the sake of us all, Aucklanders must come up with a viable alternative who could beat the incumbent at next year’s election to save us from another three years of tax and spend.

Since the printing press came into being, poetry has ceased to be the delight of the whole community of man; it has become the amusement and delight of the few. – John Masefield who was born on this day in 1878.

1813  James Lawrence, the mortally-wounded commander of the USSChesapeake, gave his final order: “Don’t give up the ship!”

1958 Charles de Gaulle came out of retirement to lead France by decree for six months.

1978 – The first international applications under the Patent Cooperation Treaty were filed.

2012 – The Boeing 747-8 Intercontinental jumbo jet aircraft was introduced with Lufthansa.