The smallest act of kindness is worth more than the grandest intention.” ~Oscar Wilde

Lade – put cargo on board a ship; ship goods as cargo; take on cargo; to put a load or burden on or in; to load; to put or place as a load especially for shipment.

Why is John Milton terrible to invite to game night? Because when he’s around, there’s a pair of dice lost.

What makes “Civil Disobedience” such a great essay? Thoreau editing.

What happened when Past, Present, and Future walked into a bar? It was tense.

My teacher asked me to name two pronouns. I said, ‘Who, me?”

What was Socrates’ favourite thing to mold? Play dough.

Why did Shakespeare write in pen? Because pencils confused him—2B or not 2B??

Honestly, everyone should just leave writing poetry to the prose.

That Charlotte Brontë, she’s a breath of fresh Eyre.

Henk Smit has come forward as the Waikato dairy farmer whose herd has tested positive for Mycoplasma bovis.

Smit walked up to the stage and put his hand up during a meeting attended by close to 600 farmers at the Sir Don Rowlands Centre near Cambridge.

He outlined how the cattle disease arrived on his farm and his frustrations with dealing with the Ministry for Primary Industries.

Smit has farming interests in three properties around Waikato including the dairy farm that tested positive for M bovis. . .

About 96% of the wool offered in the first Natural Fibre Exchange (NFX) online auction was sold.

Indications are the sale was in line with the improving tone in wool prices at the latest open-cry auctions.

Six sellers provided lots for sale and a good cross-section of New Zealand’s major wool buyers were bidding online for the 1525 bales offered on May 22, Wools of NZ chief executive Rosstan Mazey said. . .

Performing as a co-op should – Neal Wallace:

Fonterra gets a pass mark from industry observers for its performance as a co-operatively-owned business.

But they warn it cannot rest on its laurels given challenges connecting with 10,500 owners and plans for further investment in added-value and consumer products.

Fonterra Shareholder’s Council chairman Duncan Coull said Fonterra has performed as a co-operative should. It is owned and democratically controlled by members, it serves its members, returns surpluses to members and strives to operate profitably. . .

The West Coast Federated Farmers annual general meeting in Greymouth this week heard that Westland suppliers from Inchbonnie and Rotomanu in the south and Springs Junction in the north, were being courted by the country’s largest dairy co-operative, which has a massive milk powder factory at Darfield.

Fonterra scouts were on the West Coast several years ago, but at that time few local farmers were tempted. . .

Taranaki farmer Roger Pearce is confident he’s hit a good formula allowing him to make a successful living in the eastern Taranaki hillcountry without bringing nature’s wrath on himself.

…or indeed a wrath on the communities and farms all the way down to the sea.

He’s tapped into the South Taranaki and Regional Erosion Support Scheme (STRESS) to allow him to reap more of the potential of his 2000ha Waitōtara Valley property – while ensuring its soil does not erode into waterways where it degrades water quality and heightens the risk of downstream flooding. . .

Australian milk production to the end of April is up 3.5 per cent on the same time last year, according to the latest figures from Dairy Australia.

The figures reveal April production was up 4.5 per cent compared with last year, with increases in all states except Queensland.

Tasmania led the growth with production up 19.6 per cent for April, followed by South Australia, where production was up 8.6 per cent. . . 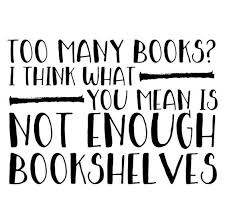 Too many books? I think what you mean is not enough bookshelves.

451   Battle of Avarayr between Armenian rebels and the Sassanid Emire.

113 5 Alfonso VII of León and Castile was crowned in the Cathedral of Leon as Imperator totius Hispaniae, “Emperor of All the Spains”.

1538  Geneva expelled John Calvin and his followers from the city.

1647 Alse Young was the first person executed as a witch in the American colonies.

1670  In Dover, England, Charles II of Great Britain and Louis XIV of France signed the Secret Treaty of Dover.

1736 Battle of Ackia: British and Chickasaw soldiers repelled a French and Choctaw attack on the Chickasaw village of Ackia.

1770 The Orlov Revolt, a first attempt to revolt against the Turks before the Greek War of Independence, ended in disaster for the Greeks.

1783  A Great Jubilee Day was held in Trumbull, Connecticut to celebrate the end of the American Revolution.

1830  The Indian Removal Act was passed by the U.S. Congress.

1857 Dred Scott was emancipated by the Blow family, his original owners.

1868 The impeachment trial of U.S. President Andrew Johnson ended with Johnson being found not guilty by one vote.

1869  Boston University was chartered by the Commonwealth of Massachusetts.

1879  Parihaka Maori, led by Te Whiti and Tohu Kakahi, embarked upon a ploughing campaign to protest against European settlement on confiscated Maori land.

1879  Russia and the United Kingdom signed the Treaty of Gandamakestablishing an Afghan state.

1889 Opening of the first Eiffel Tower lift to the public.

1906 Vauxhall Bridge was opened in London.

1908 At Masjed Soleyman (مسجد سليمان) in southwest Persia  the first major commercial oil strike in the Middle East was made.

1917 – Several powerful tornadoes rip through Illinois, including the city of Mattoon, killing 101 people and injuring 689.

1918  Armenia defeated the Ottoman Army in the Battle of Sardarapat.

1918  The Democratic Republic of Georgia was established.

1926 – Ana Pavlova performed her famed ‘Dying Swan’ and ‘Fairy Doll’ to a full house in His Majesty’s Theatre, Auckland.

1936  In the House of Commons of Northern Ireland, Tommy Henderson began speaking on the Appropriation Bill. By the time he sat down in the early hours of the following morning, he had spoken for 10 hours.

1945  Garry Peterson, Canadian drummer (The Guess Who), was born.

1948 The U.S. Congress passes Public Law 557 which permanently established the Civil Air Patrol as an auxiliary of the United States Air Force.

1969 Apollo 10 returned to Earth after a successful eight-day test of all the components needed for the forthcoming first manned moon landing.

1972  The United States and the Soviet Union signed the Anti-Ballistic Missile Treaty.

1981 Italian Prime Minister Arnaldo Forlani and his coalition cabinet resigned following a scandal over membership of the pseudo-masonic lodge P2 (Propaganda Due).

1983 – The 7.8 Mw Sea of Japan earthquake shook northern Honshu with a maximum Mercalli intensity of VIII (Severe).  A destructive tsunami was generated leaving about 100 people dead.

1991  Zviad Gamsakhurdia became  the first democratically elected President of the Republic of Georgia in the post-Soviet era.

1998 The United States Supreme Court ruled that Ellis Island, the historic gateway for millions of immigrants, was mainly in the state of New Jersey, not New York.

2004 – The New York Times published an admission of journalistic failings, claiming that its flawed reporting and lack of skepticism towards sources during the buildup to the 2003 war in Iraq helped promote the belief that Iraq possessed large stockpiles of weapons of mass destruction.

2008 – Severe flooding began in eastern and southern China that ultimately caused 148 deaths and forced the evacuation of 1.3 million people.

2012  – A cannibal attack took place on the MacArthur Causeway in Miami, Florida.