The order of service is here.

The future King walks his soon-to-be daughter-in-law down the aisle #RoyalWedding pic.twitter.com/nn4bscNlfI

Meghan, who in a few minutes time will be the Duchess of Sussex, is walking herself down the aisle. She will be joined by Prince Charles halfway #RoyalWedding pic.twitter.com/xy6tlwVkun

The Prince of Wales and Duchess of Cornwall have arrived #RoyalWedding pic.twitter.com/uGAJRGm7IW

The mother of the bride, Doria Ragland, has arrived #RoyalWedding pic.twitter.com/cgmkWiX5oK

22:45: Meghan Markle is travelling in a Rolls Royce to St George’s Chapel.

The most important thing in the world is family and love. – John Wooden.

Blame Fish & Game for why I didn’t buy a fishing licence – Jamie McFadden:

Last year I didn’t buy a fishing licence – the first time in over 30 years of fishing. When asked by two Fish & Game rangers for my fishing licence I said I had an exemption. I gave them a written document which outlined a number of reasons why I was exempted.

The first reason was “inappropriate use of licence holder funds “. The exemption noted that Fish & Game have used licence holder monies to run a nationwide media campaign targeting one sector of our society. I have no issue with raising issues about water quality but Fish & Games ‘dirty dairy’ campaign deliberately and unfairly branding all farmers as environmental vandals has done a huge amount of damage to community wellbeing. Farmers are not the only ones impacting water quality and targeting one sector in this manner is inappropriate conduct for a statutory organisation. . .

For 150 years the Morrish name and arable farming has been a winning combination, writes Heather Chalmers.

Having farmed the same land near Christchurch for more than 150 years, the Morrish family say encroachment from the nearby town of Rolleston will most likely spell the end of their ties with the original family farm.

Farming at Broadfield, between Lincoln and Rolleston, fourth generation brothers David and John not only farm the same land, but continue the same type of farming – mixed sheep and cropping – as their ancestors, even if the type of crops and farming methods have changed over the years.

They also believe in long-term farming relationships, having supplied the nearby Heinz-Wattie’s factory with processed peas since the Hornby factory on the outskirts of Christchurch was opened in 1970. . .

For a Government that has been running around telling anyone who will listen that Biosecurity is underfunded, it has allocated an extraordinarily small sum to strengthen the system, National’s spokesperson for Agriculture Nathan Guy says.

“Agriculture Minister Damien O’Connor has announced a paltry increase of just $9.3 million for Biosecurity which is half of what National invested in Budget17 at $18.4 million.

“This is a 50 percent reduction and makes a mockery of the Government’s recent rhetoric. . . .

Grass-fed beef the most vegan friendly in the supermarket – Drew French:

Probably the most vegan item you can buy in the supermarket is a pound of grass-fed beef.

I was thinking about that heretical idea as I drove through my neighboring countryside, scanning empty cornfields for signs of life and wondering at the hubris of mankind. When did we decide that we can own all the lands of the Earth and use every square inch of it for our own needs? About 10,000 years ago, actually, when we invented the idea of agriculture.

Sadly, in the practice of agriculture it is impossible to not cause endless suffering to many living creatures. One could argue that the most suffering of all is caused by annual agriculture, the cultivation of vegetables, including grains, beans, and rice, that only take one year to grow from seed to food. . .

George Eustice, the Defra Minister of State for Agriculture described his vision for post-Brexit agricultural policy at a recent event in Cornwall.

The event attracted more than 70 people to Healey’s Cyder Farm, near Truro on Friday 11 May.

Mr Eustice stated that he saw new policy as “rewarding and incentivising farmers for what they do, and not subsidising them for income lost.”

He told the audience: “The end state we seek is support, not based on the amount of land that they own, but to reward them for helping the environment, water quality and to changes in husbandry to deliver for the environment and research and development into more productive working practices.” . .

I've done a bit of sheep work in my time and helped them out of all sorts of stupid situations…but helping a ewe get out of a picnic bench yesterday tops it all! pic.twitter.com/MYQu286AhR

Bee-ing grateful to our pollinators :

“It’s a bee!” someone screams as they jump up from their picnic blanket, knocking over their apple juice and flailing their arms, trying to get away from this flying creature. Does this scene sound familiar?

Many people are afraid of bees. And why not? They look like aliens. They have stingers that hurt more than you would expect and some people are very allergic, even deathly allergic, to them. But contrary to our fears, bees are not aggressive insects and do not go after humans unprovoked. When they come near you, it is only because you have something they consider yummy. And if you knew all that they do for you, you would be happy to share your food or drink with them . .

Did you hear about the two spiders who just got engaged? I hear they met on the web.

Did you hear about the two cell phones who got married? The reception was terrific.

Two florists recently got married. It was an arranged marriage.

Did you hear about the notebook who married a pencil? She finally found Mr. Write.

Do you know why the King of Hearts married the Queen of Hearts? They were perfectly suited to each other.

Why did Comic Sans break up with Times New Roman? He just wasn’t her type.

On walking down the aisle

Who is going to walk Meghan Markle down the aisle?

Speculators have been speculating on this since she announced her father is unable to attend the wedding.

The speculation has gone from the traditional (if her father can’t be there another man might) through the less traditional but no longer unusual (her mother could escort her) to the trashy (I was listening to the radio yesterday and some of the suggestions are best not repeated).

A father escorting his daughter down the aisle and giving her away is the traditional start to a marriage service but there are plenty of alternatives.

As a marriage celebrant it is my role to create a service that suits the couple and meets the requirements of the Marriage Act.

I give the bride and groom several options and even though it’s the 21st century, many choose to stick with tradition.

If the bride’s father is dead or estranged some choose to come in with their mother, brother or grand parent.

I’d been away from home for several years before I married and wasn’t comfortable with the idea of being given away.

Instead I followed both my parents down the aisle with my best lady at my side and rather than the traditional giving away, the minister asked all our parents if they gave their blessing to our marriage.

A couple whose marriage service I officiated at last year were married on a beach. The groom arrived first with his mother, his father followed with the bride’s mother, the attendants came next and then the bride walked in with her father.

* The groom enters with his family and the bride with hers side by side (this needs a wide aisle so works best in a garden).

* The bride and groom enter together with or without parents/family.

Weddings can be much more informal than they used to be and sometimes the couple choose to mingle with guests as they arrive and then come forward together to start the service.

However they choose to start the service and whatever else they say and do during it, I remind the couples that what matters is that they are relaxed and happy and what matters more than the wedding is the marriage. 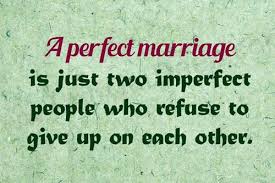 A prefect marriage is just two imperfect people who refuse to give up on each other.

1961  Venera program: Venera 1 becomes the first man-made object to fly-by another planet by passing Venus (the probe had lost contact withEarth a month earlier and did not send back any data).

2010 – The Royal Thai Armed Forces concluded its crackdown on protests by forcing the surrender of United Front for Democracy Against Dictatorship leaders.

2012 – Three gas cylinder bombs exploded in front of a vocational school in the Italian city of Brindisi, killing 1 and injuring 5 others.

2012 – A car bomb exploded near a military complex in the Syrian city of Deir ez-Zor, killing 9 people.

2015 – The Refugio oil spill deposited 142,800 U.S. gallons (3,400 barrels) of crude oil onto an area in California considered one of the most biologically diverse coastlines of the west coast.

2016 – EgyptAir Flight 804 crashed into the Mediterranean Sea en route from Paris to Cairo. There were no survivors.