You approach a fuel station and hesitate.

Is the fuel tank on the left or right?

In modern cars you don’t have to guess.

There’s a little arrow by the bowser icon on the fuel gauge which tells you.

It’s one of the little things which make modern life a little easier and I’m grateful for it.

Idem – something previously given or mentioned.

The 125th anniversary of women¡s suffrage takes place this year and today is International Women’s Day.

To celebrate that artist Kate Hursthouse has launched Our Wahine an illustrated history of 125 extraordinary women.

To celebrate the 125th anniversary of Women’s suffrage in New Zealand, Kate will be illustrating 125 women from New Zealand’s history between March and September 2018. The text is being researched and written by Kate’s mother Karen Brook. This mother/daughter passion project aims to create a visually exciting and accessible overview of the role of New Zealand women throughout history.

Your challenge should you wish to accept it is to pose the questions.

Anyone who stumps everyone will win a virtual case of black boy peaches.

Meat companies must be clear about their purpose – Allan Barber:

When I heard KPMG’s global agribusiness head, Ian Proudfoot, on the radio stating the move away from meat to alternative proteins was happening permanently and quickly and meat companies needed to wake up, I wondered whether I had strayed into the Pop Up Globe to see A Midsummer Night’s Dream. Surely if meat companies need to wake up to alternative protein, this implies their whole business model is broken and farmers should be sitting in front of their horoscopes looking for a magical answer to the inevitable question “what the hell do I do now?”

Proudfoot’s justification for his opinion is US meat processor Tyson Foods’ announcement it has become protein agnostic and intends investing heavily in alternatives to meat. . .

For over half a century hieracium has been the curse of the high country, engulfing native tussock land and destroying the grazing potential of areas such as the Mackenzie Basin, Central Otago and the Canterbury high country.

Most high country runholders would say the weed continues its spread with little sign of abating, but a small enclave in the Awatere Valley, Marlborough thinks otherwise.

Fonterra and Beca have partnered to develop a breakthrough virtual reality health and safety training technology. The cutting-edge solution lets employees navigate the Co-operative’s manufacturing and distribution sites without the need to set foot on site and will help substantially reduce onboarding times.

The new technology will place Fonterra at the forefront of global health and safety innovation and is part of a business wide commitment to become a world leader in risk mitigation. . .

Gotta love Southland one minute your in a drought with a cover 1642 growing 6 kg/dm a day the next your in surplus with a cover of 2581 and growth of 107 kg/dm a day. @NickTempler #431am #southland pic.twitter.com/ehdQNrGhCu

‘M. bovis’ hurts all down the chain – Sally Brooker:

M. bovis was identified for the first time in New Zealand in late July on farms near Glenavy owned by the Van Leeuwen Dairy Group.

”It’s not really affecting the Waiareka saleyards as much as farmers’ and everybody else’s confidence to buy animals from this district and any other district,” Mr Cheesman said.

Speaking at the Lincoln University Dairy Farm’s summer focus day, which was held at the Ashley Dene Research and Development Station on February 22, Faculty of Agriculture and Life Sciences dean Prof Grant Edwards said managing environmental concerns was the No1 focus.

”How can we progress our farms to maximise production within environmental limits?” . . .

A new study shows milk from grass-fed cows has more of a nutrient linked to heart health than conventional and organic milks.

Today we had a brilliant time meeting the March #MillenniumFarmers!

You could say that their reading habits have helped them become the successful leaders they are today – this is barely a quarter of them.

What ones have you read and what was the key message you took from them? pic.twitter.com/8hlVcK289M

“Amy is an incredibly experienced former Minister, serving as Associate Minister of Finance as well as holding a range of important and challenging portfolios, from Social Housing to Justice and Environment, which she handled with real diligence and focus.

“She has chaired Parliament’s Finance and Expenditure Select Committee, has a background in commercial law and is a talented and hard-working member of the National Party caucus.”

Adding to her qualifications for the post are her experience as a former lawyer and current partner in a farm.

She also understands the importance of the economy.

New National Party Finance Spokesperson Amy Adams has signalled a strong focus on ensuring the continued success of the New Zealand economy and says she will fight hard against Government policies that will slow New Zealand down.

“New Zealand currently has one of the strongest economies in the western world. That’s not an accident. That’s a result of the hard work of New Zealanders backed by the strong economic plan of the previous National-led Government,” Ms Adams says.

“New Zealand succeeds best when we are open and connected with the world. I’m looking forward to getting out and meeting with and listening to successful exporters and employers in the weeks ahead.

“National will be advancing new economic and social policies ahead of the next election, but first we have to stop the threat posed by Labour’s economic mismanagement.

“Many of the Labour-led Government’s planned policy changes will sacrifice our economic success and make it harder for New Zealand businesses to compete and succeed.

“These changes are bad for all of us. Slower business growth means less investment, fewer job opportunities, and lower wages generally than would otherwise be the case.

“Already businesses are less confident now than they were six months ago, despite the world economy steadily strengthening over this time.

“In Select Committee National MPs are constantly hearing how the Overseas Investment Bill will chill foreign investment. That’s bad for housing construction, bad for the regions, and bad for our economy overall.

“And now the Government’s Tax Working Group is clearly looking to design a more redistributive tax system that removes any incentives for New Zealanders to work hard and get ahead.

“The Government needs to focus on the quality and quantity of their new spending. They are continuously ramping up expectations. I’ll be keeping a close eye on their approach to spending taxpayers’ money.

“This Government needs to heed the lessons of success and stop trying to introduce policies that will only take us backwards and damage the economic security of all New Zealanders.”

National isn’t in to identity politics so won’t be making a fuss about the fact that two women and two Maori occupy its top three places.

As a rule, indeed, grown-up people are fairly correct on matters of fact; it is in the higher gift of imagination that they are so sadly to seek. –  Kenneth Grahame who was born on this day in 1859. 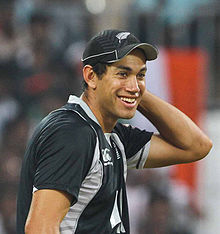 2017 – The Azure Window, a natural arch on the Maltese island of Gozo, collapsed in stormy weather.