He had started work as a shepherd on a high country station when he was 17.

It was hard work but he loved it, and the teams of dogs he bred and trained.

He moved down country when his daughters reached high school and carried on working hard.

His main job was dagging sheep and when he wasn’t doing that he’d grub thistles. We used to joke that he was a bit slack because he’d always take Wednesday afternoons off to play bridge. He enjoyed the joke because he knew we knew, slack wasn’t in his vocabulary.

He was dagging sheep right up to the day in December when he finished work to begin radiation therapy for cancer.

He was 86 and our second oldest staff member  of staff.

He always said he’d hang on until he caught up with the oldest.

Sadly that was one goal his determination wasn’t enough to reach.

Today, not much more than a month after he hung up his hand piece and took off his work boots for the last time, we farewelled him at a memorial service.

We were privileged to have known him, to have had him in our team and I’m grateful for all he was and did.

Dandle – to move a baby or small child up and down in one’s arms or on one’s knee in affectionate play; move something lightly up or down; pet or pamper.

A couple of Scots entered the dining room to be greeted by the Maître d’hôtel who asked if they were there for a special occasion.

“Aye, we won the third prize in the annual Robert Burns Contest, a haggis dinner for two” Morag replied.

Maître d’hôtel: ‘What were the other prizes?’

“The second prize was a single haggis dinner,” Morag said.

“And the first prize?” asked the Maître d.

“Och mon, if you won the first prize, you didnae have to eat any haggis.”

Provincial president reflects on future of farming belonging to those who are good at what they do – Pat Deavoll:

South Canterbury sheep and beef farmer Mark Adams has been the provincial Federated Farmers president for the district for almost three years.

His face and opinions are commonplace in online news and the Canterbury farming mags. He farms just north of Fairlie amongst a pleasant, fertile and rolling landscape. In the winter the local ski fields form a snowy backdrop to the farm.

Adams’ term of office with the Feds comes to a close in April. He is reflective on the past three years and says representing farmers in the district has been satisfying. But there’s been a lot to get his head around. . .

With much of Taranaki hit by drought and other parts of New Zealand experiencing record-breaking temperatures, AgResearch scientists say the pressure is on farmers to carefully manage animal welfare.

The soaring temperatures across the country include the hottest recorded temperature in Dunedin and Invercargill over recent days. The increased heat and humidity raises issues around the welfare of livestock as well as production from those animals.

Over the last 15 years, AgResearch scientists have carried out extensive research into how dairy cows cope with heat. That research has provided important insights for animal management, says senior scientist Dr Karin Schütz. . .

Fears difficulties attracting staff to farming would be exacerbated by employment law changes appear to have subsided with the Government retaining the 90-day trial provisions for small businesses.

Federated Farmers employment spokesman Chris Lewis said allowing businesses employing less than 20 staff to retain the trial would give farmers renewed confidence to employ staff, given the main concern for dairy farmers was a lack of available, motivated workers.

“Many employ few staff, but because of the small size of the business, they simply can’t afford the situation or inconvenience when new staff aren’t suited for the job or can’t fit in,” he said.

Retaining the 90-day trial would give farmers confidence to employ staff. . .

You pass by our local business daily, even though we don’t have a storefront on Main Street. You drive by our production lines to and from work each day, although you probably just call them fields. You probably don’t give much thought at all to the corn, cattle and soybeans we are raising.

It would probably surprise you to know, that right here in our own little county, $126.6 million in sales is created each year by the farm families and that 1,173 jobs that are supported by those sales. For a rural county, with total population just over 12,000, those numbers are rather significan . . 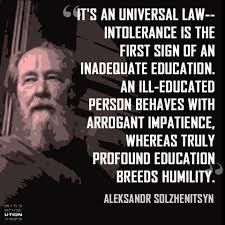 1695 Mustafa II became the Ottoman sultan on the death of Ahmed II. Mustafa ruled until his abdication in 1703.