Rimi – a strip, stripe of bar of light most often that seen above the horizon at down or dusk.

Word of the day: “rimi” – a strip, stripe or bar of light, most often that seen above the horizon at dawn or dusk (Shetland; from Old Norse ‘rim’, a rail or edge). pic.twitter.com/2mcIVeMBwK

We’re all blend of different personality types, but we usually have one or two dominant styles. The handiest way of describing them is in terms of four animal: lions, otters, golden retrievers and beavers. Here’s a quick, not very scientific-but-interesting-anyway personality test.

You are the best friend anyone could have! You are sympathetic, you listen, you are sensitive. You hate to hurt anyone’s feelings but be careful: you can turn the ones that you love into bullies if you don’t learn how to put up boundaries. Speak up and say “No” when you want to. Retriever – you are too valuable to get treated like a doormat!

You get a whole world when you choose joy & you only get pieces when you don’t & none of that will make a bit of sense until that moment you choose joy. Choose Joy © 2016 Brian Andreas – posted with permission.

North Canterbury’s Pahau River, situated in one of the most intensively irrigated catchments in the country, has been awarded the supreme prize for most improved river at the annual River Awards.

The top prize was based on the Hurunui river showing the most declining levels of the bacteria E coli over the last 10 years, achieving reductions of 15.6 per cent a year.

“The farming community has been aware of problems with the Pahau for more than 10 years and that’s why the enhancement group was originally set up – because of poor water quality. We had a choice to deal with it or ECan (Environment Canterbury) would take the initiative,” Croft said. . .

Producing this liquid gold is Canterbury-owned Pure Oil New Zealand, which operates a large commercial oilseed crush plant at Rolleston, south of Christchurch, turning the small black seed into high-quality food-grade oil. Since starting in 2012, production has tripled from 5000 to 6000 tonnes of seed, up to 15,000t now.

Imported rapeseed oil, also known as canola, is a familiar staple on supermarket shelves where it is sold as a cheap salad and cooking oil, with millions of tonnes of seed grown world-wide. Big overseas export growers are Canada and Australia, with the term canola a contraction of Canada and ola, for “oil low acid”. . .

Improved plant efficiencies have contributed to an increase in processed milk through the Hokitika dairy factory, Westland Milk Products says.

Peak milk for the new season was achieved on November 2 with 3,564,935 litres received.

Chief executive Toni Brendish said that was just one tanker load short of the previous season’s peak milk of 3,593,905 litres.

“This includes bought-in milk and is 150,000 litres more than the previous season – 3,955,907 litres; an increase largely made possible by improved plant efficiency,” Ms Brendish said.  . .

Briar Swanson has landed a cadetship, giving her farming career a welcome boost.

The St Kevin’s College leaver has been accepted for a two-year cadetship at the Coleridge Downs Training Farm, a role she will take up in January.

The training farm is part of a group of farms in the Rakaia Gorge in central Canterbury which cover 10,000ha and run 42,000 stock units.

Briar’s career received an extra boost earlier this month when the South Canterbury North Otago (SCNO) Deer Farmers Trust announced it would provide her with financial assistance, to help her get what she needed for the cadetship, including wet-weather gear, boots and a heading pup. . .

There’s no shortage of buzz among food-tech companies about how, once perfected, cell-cultured meats will reduce the amount of greenhouse gases we pump into the atmosphere, use less land and water, and save billions of animals each year from slaughter. But as these high-tech meats edge closer to grocery stores and restaurants, the people creating them are wrestling with a crucial question: What do you call them?

It’s a good but vexing problem. The need to find a name indicates how close the technology is to jumping from lab to market. But translating terminology from scientific jargon to consumer-friendly lingo is nettlesome. Forces within the nascent cell-cultured meat industry are working to get everyone to coalesce around one name: clean meat.

Not everyone agrees with the choice. For starters, the term “clean meat” doesn’t translate into all non-English languages easily. In Dutch, for instance, it carries unappealing connotations about how the meat might be processed. Also, some have complained the term implies conventional meat—the only kind people currently can access—is inherently dirty. That could risk putting people on the defensive from the get-go. . .

We replace two staff members on horseback using a "Quadcopter". The used of technology in agriculture is infinite, we will need less personnel to produce even nore food! We in South Africa need to acknowledge this and plan accordingly. pic.twitter.com/hTXrAzaOi2 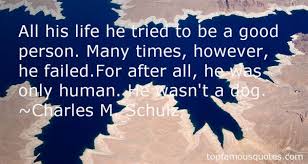 All his live he tried to be a good person. Many times, however, he failed. For after all, he was only human. He wasn’t a dog. – Charles M Schulz.

783 – The Asturian queen Adosinda was put up in a monastery to prevent her kin from retaking the throne from Mauregatus.

1476 – Vlad III Dracula defeated Basarab Laiota with the help of Stephen the Great and Stephen V Bathory and becomes the ruler of Wallachia for the third time.

1789 – A national Thanksgiving Day was observed in the United States.

1918 – The Podgorica Assembly voted for “union of the people”, declaring assimilation into the Kingdom of Serbia.

1922 – Howard Carter and Lord Carnarvon became the first people to enter the tomb of Pharaoh Tutankhamun in over 3000 years.

1922 – Toll of the Sea debuted as the first general release film to use two-tone Technicolor (The Gulf Between was the first film to do so but it was not widely distributed).

1939 – Shelling of Mainila: The Soviet Army orchestrated the incident which was used to justify the start of the Winter War with Finland four days later.

1950 – Korean War: Troops from China launch a massive counterattacked against South Korean and United Nations forces (Battle of the Ch’ongch’on River and Battle of Chosin Reservoir), ending any hopes of a quick end to the conflict.

1965 – In the Hammaguir launch facility in the Sahara Desert, France launched a Diamant-A rocket with its first satellite, Asterix-1 on board, becoming the third country to enter outer space.

1977 – ‘Vrillon’, claiming to be the representative of the ‘Ashtar Galactic Command’, took over Britain’s Southern Television for six minutes.

1983 – Brink’s-MAT robbery: In London, 6,800 gold bars worth nearly £26 million were stolen from the Brink’s-MAT vault at Heathrow Airport.

1990 – The Delta II rocket made its maiden flight.

1998 – Tony Blair became the first Prime Minister of the United Kingdom to address the Republic of Ireland’s parliament.

2003 – Concorde made its final flight, over Bristol.

2004 – Ruzhou School massacre: a man stabbed and killed eight people and seriously wounded another four in a school dormitory in Ruzhou, China.

2004 – Male Po’ouli (Black-faced honeycreeper) died of Avian malaria in the Maui Bird Conservation Center in Olinda, Hawaii before it could breed, making the species in all probability extinct.

2008 – The first of 10 co-ordinated attacks on Mumbai by Pakistan-based terrorists were fired.

2011 –  NATO forces in Afghanistan attacked a Pakistani checkpost in a friendly fire incident, killing 24 soldiers and wounding 13 others.