Joggle – move or cause to move with repeated small bobs or jerks; to shake slightly; move to and fro, as by repeated jerks; jiggle; to cause to shake or totter as by a sudden, slight push; jostle;  to join or fasten by fitting a projection into a recess; to fit or fasten with dowels; join (pieces of stone, concrete, or timber) by means of a joggle; the act of joggling; a slight shake or jolt; a moving with jolts or jerks; a projection on one of two joining objects fitting into a corresponding recess in the other to prevent slipping; an enlarged area, as of a post or king post, for supporting the foot of a strut, brace, etc.

When Mozart died, he was buried in a churchyard. A couple of days later, the town drunk was walking through the cemetery and heard some strange noises coming from Mozart’s grave.

Terrified, the drunk ran and got the priest to come and listen to it. The priest bent close to the grave and heard some faint, unrecognizable music coming from the grave.

The priest was more than a little discombobulated by this and ran to get the town music teacher.

When the music teacher arrived, she bent her ear to the grave,
listened for a moment, and said, “Ah, yes, that’s Mozart’s Ninth Symphony, being played backwards.”

She listened a while longer, and said, “There’s the Eighth Symphony, And it’s backwards, too. Most puzzling.”

The music teacher kept listening; “There’s the Seventh… the
Sixth…the Fifth…” Suddenly the realization of what was happening dawned on her.

She stood up and announced to the crowd that had gathered in the
cemetery. “My fellow citizens, there’s nothing to worry about. It’s just Mozart decomposing.”

Synlait Milk’s Lead With Pride programme is all about best practice across all farm operations, Michael Woodward, one of the first farmers to sign up to it, says.

The process was very involved and Ecan deciding it did not have to duplicate Synlait’s audit system was not a step back for the environment.

Dunsandel-based Woodward was the fifth farmer to sign on with Lead With Pride, in 2014.

Synlait’s flagship programme now had 50 farmers involved, out of a supply base of 200, with several more in the process of joining. . .

This month, Lotatoes fended off four other food innovators to be crowned overall winner of the Ministry for Primary Industries Primary Sector Products Award at the 2017 New Zealand Food Awards. . .

The devastating flooding across much of the Manuwatu in February 2004 was the catalyst for a programme to address the loss of natural capital stocks and in doing so mitigate the source of much of the sediment finding its way into the region’s rivers and streams.

“The visible devastation on the hill country and across the plains, to infrastructure, people and their businesses, schools and homes was a real shock for the community at the time,” says AgResearch scientist Dr Alec Mackay.

Following the February 2004 storm, Horizons Regional Council held a meeting with a wide range of community representatives to discuss what could be done to reduce hill country erosion and flooding of the region’s plains. . .

Elle Anderson Chair of RNZIH Education Trust says that not so long ago few people would have thought of the Auckland region as a centre for primary production.

“That is changing fast, as horticulture gains traction as a major player in New Zealand’s economy. There’s a lot of good wine and vegetables coming out of Auckland and surrounds.” . .

Waikato dairy farmer Wayne Dickey came home to manage his family’s 90 hectare Manawaru dairy farm in 2010 after working as a builder for 18 years.

It wasn’t the easiest transition having been ‘out of the game’ for a while, but four years on, Wayne is now the third generation Dickey to farm the land.

Wayne said that while there is a lot to learn from family who have gone before him, it’s definitely not business as usual on the pretty farm nestled in the lush pastures beneath Mount Te Aroha.

The reality is that Wayne is tasked with transforming the business into a ‘farm of the future’ under a contract milking arrangement with semi-retired parents John and Ngaire. Wayne is a 10 per cent shareholder in Crosskeys, the business that owns the farm’s 280 cows. . .

"Am I spending $1 to make $2 or spending $2 and making $1. If that’s happening I know I need to change something.”https://t.co/maEyccpAfJ pic.twitter.com/jupFQVhtWg

What is behind the rising price of butter? – The Conversation:

Have you noticed that some of Australia’s favourite baked goods, such as croissants and buttery biscuits, have been creeping up in price? This becomes less surprising when one considers that globally, the price of butter has risen by around 60% over the past year.

While butter prices have more than doubled since July 2016, farm-gate milk prices in most producing areas have remained stable. Is there a paradox? Not really. The key ingredient butter producers require is not just the milk – but rather the milk fat. . .

$NZ minimum wage earners will be near global top 1%

The only country with a higher minimum wage than New Zealand is Australia.

New Zealand’s current minimum wage is very high in comparison with that in other countries.

It will probably be the highest in the world when it gets to $NZ20/hour and will put those on the minimum wage close to an annual income of $US32,400 a year which is in the top 1% of earners in the world.

I doubt if anyone on $NZ20 an hour would feel wealthy.

That figure of global income earners is low because in very poor countries a lot of people earn very, very little.

That’s not an argument for paying people here the pitiful amounts many earn elsewhere.

But it does show that the current minimum wage is generous in comparison with that in most other countries. 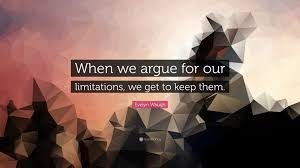 2013 – 5 people were killed and 38 injured after a car crashed into barriers just outside the Forbidden City in Tiananmen Square, Beijing.