A young man at this construction site was bragging that he could outdo anyone based on his strength.

He especially made fun of one of his older workmates. After several minutes, the older worker had enough.

“Why don’t you put your money where your mouth is?” he said. “I’ll bet a week’s wages that I can haul something in a wheelbarrow over to the other building that you won’t be able to wheel back.”

The old man reached out and grabbed the wheelbarrow by the handles. Then nodding to the young man, he said with a smile, “All right. Get in. 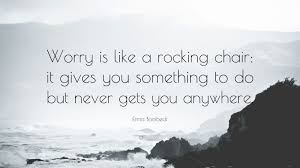 Worry is like a rocking chair: it gives you something to do but never gets you anywhere. – Erma Bombeck

1878 – The ‘Great Flood’ of 1878 killed at least three people and thousands of animals as it swept across the southern South Island.

1965  General Suharto took power after an alleged coup by theCommunist Party of Indonesia. In response, Suharto and his army massacred over a million Indonesians suspected of being communists.

1966  The British protectorate of Bechuanaland declared its independence, and became the Republic of Botswana. Seretse Khamatook office as the first President.

1970  Jordan made a deal with the Popular Front for the Liberation of Palestine (PFLP) for the release of the remaining hostages from theDawson’s Field hijackings.