The percentage  for the party votes has hardly changed all night – 94.3% of the vote counted and National has 46.1%.

Labour on 35.7% would need NZ First and the Green Party to govern.

Watching the results coming in with the family – so grateful to have them all here tonight to support me. pic.twitter.com/lmkbX44jWQ

At this stage National has won two extra electorate seats and lost only one.

The large number of early votes mean results should be in much earlier than in the past.

Interesting the parties' share of the result has barely changed between 1% and 14% counted https://t.co/uU3cgnZKoj pic.twitter.com/j6qhMWRPCq

. . . for the New Zealand we all want to live in, where child poverty is rare, our rivers are clean, housing is affordable, and people can meet their aspirations.

On these issues, good intentions are not a substitute for good policy. We need to have both.

Both major parties say they care. Bill English is singleminded about changing lives and I believe he’s turned the public service on its head to start making real inroads into poverty, child abuse and dysfunction. And Jacinda Ardern communicates empathy and concern better than any Labour leader in a decade.

But the left wing does not have a monopoly on compassion. We all want a government that works for everyone; we just have different ways of getting there.

I’ll always choose to vote for the party that can execute a plan as well as offer a vision. This comes down to experience, depth and leadership. Voters will always respond to a tug on the heartstrings – but if it’s not backed up by detailed policy, a capable team and a clear plan, what’s the point?

. . . I think most New Zealanders know how good we’ve got it. They also know where their food comes from, and what drives our economy. Despite the so-called “rural-urban divide” talked about in this election campaign, I believe that when the economy is booming, we are all better off.

This comes back to compassion. I don’t want economic growth for growth’s sake. Growth is good because more jobs and higher incomes lift people out of dependence and poverty. And good economic management gives the government options. This is what sets right wing parties apart: they don’t believe we have to limit our opportunities in order to get ahead.

So I don’t have to choose between head and heart – I’m voting for both.

We’ll get an indication soon of how many others voted for head and heart too.

Whether or not they have, the sun will still rise in the east, albeit an hour earlier than I’d like it owing to the too-early start of daylight saving.

Welkin – the vault of the sky; firmament; the celestial abode of God or the gods; heaven; the upper atmosphere.

Derby bluebirds over the white cliffs of Dover…

The $57 million pipeline expansion of the North Otago Irrigation Company’s project has been turned on this week, a year later than planned.

The first stage of the scheme was completed 11 years ago and the expansion was expected to be up and running this time last year, but was held back by problems with the new pipe.

North Otago Irrigation Company chair Leigh Hamilton said the water scheme has been talked about since the 1980s and the first stage of the scheme was built in 2006. .

Back in business – Tim Fulton:

It was dry for so long Iain Wright started to forget the feel of mud at his feet.

But a “fantastic” amount of rain since autumn has turned his family’s fortunes after three years of Canterbury drought.

“It’s nice to know you can actually grow stuff.

“For so long you couldn’t grow anything,” the sheep and beef farmer said. . .

Equal Employment Opportunities Commissioner Jackie Blue has given Fonterra a serve for having so few women on its board.

But Federated Farmers vice-president Andrew Hoggard said he couldn’t care if board members were transgender or of any race or colour, as long as they advanced the interests of Fonterra and farmer/shareholders.

Fairlie dairy farmer and current board member Leonie Guiney has been not selected to stand as a candidate for a second term, reducing the numbers of women on the 11-person board to two – Professor Nicola Shadbolt and Donna Smit. . .

One of the most prestigious events on the shearing calendar is only two weeks away and this year it will include a new competition featuring the top woolhandlers in the country.

The 56th annual New Zealand Merino Shearing Championships will be held at Molyneux Stadium, Alexandra, on October 6 and 7 and will be open to the public from about 7.30am.

Organising committee member Graeme Bell said the Merino Shears was one of the highlights of the shearing year. . .

Annabel Bulk, of Felton Road Wines, has one more chance to win the national Young Viticulturist of the Year title next year before she is too old to enter. She intends to give it her best shot.

Ms Bulk has worked on the Bannockburn vineyard for about six years, and entered the regional competition for the past five.

This year, the vineyard’s assistant viticulturalist won the Central Otago competition and represented the region at the national final at Villa Maria, Marlborough on August 29, coming a close second to winner Tim Adams, from Obsidian, Waiheke Island. . .

The final report from the red meat senate inquiry was released last week. Its conclusions highlighted there are competition issues within the red meat industry, which generally act to the detriment of producers. 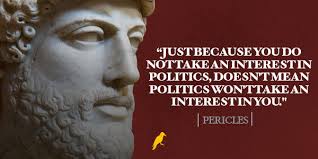 And since it’s election day, another thought:

Democracy is the theory that the common people know what they want, and deserve to get it good and hard  – H.L. Mencken

Please note that electoral law prohibits any electioneering on election day. That might seem silly when voting opened 12 days ago, but it is the law. Please respect it.

1409  Battle of Kherlen, the second significant victory over Ming China by the Mongols since 1368.

1459 Battle of Blore Heath, the first major battle of the English Wars of the Roses.

1529  The Siege of Vienna began when Suleiman I attacked the city.

1641  The Merchant Royal, carrying a treasure worth over a billion USD, was lost at sea off Land’s End.

1779 American Revolution: a squadron commanded by John Paul Jones on board the USS Bonhomme Richard won the Battle of Flamborough Head, off the coast of England, against two British warships.

1803  Second Anglo-Maratha War: Battle of Assaye between the British East India Company and the Maratha Empire in India.

1857 The Russian warship Lefort capsised and sank during a storm in the Gulf of Finland, killing all 826 aboard.

1887 Ngati Tuwharetoa gifted the mountain tops of Tongariro, Ngauruhoe and Ruapehu to the Crown.

1905  Norway and Sweden signed the “Karlstad treaty”, peacefully dissolving the Union between the two countries.

1908  University of Alberta was founded.

1909  The Phantom of the Opera (original title: Le Fantôme de l’Opéra), a novel by French writer Gaston Leroux, was first published as a serialization in Le Gaulois.

1922 In Washington D. C., Charles Evans Hughes signed the Hughes-Peynado agreement, that ended the occupation of Dominican Republic by the United States.

1938 Mobilization of the Czechoslovak army in response to the Munich Crisis.

1952 Richard Nixon made his “Checkers speech“.

1962  The Lincoln Center for the Performing Arts in New York City opened with the completion of the first building, the Philharmonic Hall (now Avery Fisher Hall) home of the New York Philharmonic.

1999  NASA announced that it had lost contact with the Mars Climate Orbiter.

1999  Qantas Flight 1 overran the runway in Bangkok during a storm.

2002  The first public version of the web browser Mozilla Firefox(“Phoenix 0.1″) was released.