Crambazzled – prematurely aged by drink and a dissolute life.

A burglar is sneaking through this house one night, when out of the darkness comes a voice, “I can see you, and Jesus can, too”.

After thirty minutes, he decides to do something. He backs very slowly and tentatively to the wall and feels around for a light switch. He switches on the light and there in front of him, sit a cockatoo in a cage, who says, “I can see you, and Jesus can, too”.

The cockatoo looks at the burglar and says, “I might be just a cockatoo but Jesus is a big Rottweiler”.

A National Government will help young families into their first farms by allowing young farmers to buy state owned farms after they’ve worked the land for five to ten years.

“The Government owns a large number of commercial farms through Landcorp, but there is no clear public good coming from Crown ownership and little financial return to taxpayers,” Primary Industries spokesperson Nathan Guy says.

“We think that some of these farms are better off in the hands of hard working young farming families who are committed to modern farming and environmental best practice. . .

“These policies will help grow and protect the primary sector sustainably, and support our goal of doubling the value of our exports to $64 billion by 2025,” Mr Guy says.

“We are proud to support the primary sector which is the powerhouse of New Zealand’s economy, helping us earn a living and pay for social services. . .

Seven years of dry weather and relentless wind erosion in the early 2000s had devastated the Flaxbourne-Starborough landscape of South Marlborough, one of the country’s earliest farmed areas.

Doug Avery’s Grassmere farm Bonaveree was one of those affected. “Over-grazing during the long dry was harming the financial, environmental and emotional sustainability of the farm,” recalls Barbara Stuart, regional co-ordinator of the NZ Landcare Trust (NZLT). “People like Doug were stressed, heartbroken, even a bit ashamed about what was happening.” . .

AFFCO chairman Sam Lewis visited China last weekend to greet the first container of AFFCO chilled meat to arrive for distribution to eager food service and retail customers throughout Henan Province in east-central China. The arrival was marked by an official reception at Zhengzhou attended by the NZ Trade Commissioner Liam Corkery, MPI representatives Dave Samuels and Steve Sutton, and a Kangyuan executive. According to Lewis the speed of customs clearance for the consignment was a record for meat shipments, taking no more than three hours for the whole process.

The distributor, Kangyuan Food Company, has cool storage and frozen storage facilities and imports more than 10,000 tonnes of meat annually from New Zealand, Australia and South America to supplement its own domestic processing capacity of 600,000 sheep and 100,000 cattle. Kangyuan is also the largest distributor of Halal product in China. . .

There are large operators, small suppliers, traders and third party agents and, in times of tight livestock supply, the lines between them start to get a bit blurred and the classifications move around, depending on who is making the judgement.

From a competitor’s perspective one company’s large supplier is a trader who is always presumed to earn a massive premium over schedule, far higher than loyal suppliers who don’t have the same bargaining power. Of course it’s invariably other companies that are the guilty parties when it comes to using third party agents, generally the stock firms. As always the truth isn’t quite so simple. . .

While Irish liquid milk producers have been protesting about the possibility of a milk price war, there is still an appreciation of milk as a healthy natural product in this country, Mary Shelman, former director of Harvard Business School’s agri business programme, told AgriLand.

Shelman who is the “absentee owner” of a 475ac farm in Kentucky, which is a cash grain operation divided between corn and soya beans, was in Dublin last week to deliver a number of addresses. She was at UCD’s Michael Smurfit School and also delivering lectures for Bord Bia’s talent programmes, including the Origin Green Ambassador programme. . .

Let’s not tax this

Labour backed down on introducing a capital gains tax without putting it to the electorate in 2020, but they’re still planning plenty of other taxes. 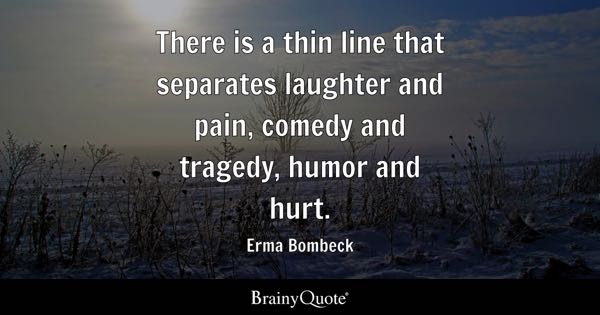 There is a thin line that separates laughter and pain, comedy and tragedy, humour and hurt – Erma Bombeck.

1400  Owain Glyndŵr was declared Prince of Wales by his followers.

1701 James Francis Edward Stuart, sometimes called the “Old Pretender”, became the Jacobite claimant to the thrones of England and Scotland.

1776 American Revolutionary War: the Battle of Harlem Heights was fought.

1795  The first occupation by United Kingdom of Cape Colony, South Africa with the Battle of Hout Bay.

1863  Robert College of Istanbul, the first American educational institution outside the United States, was founded by Christopher Robert, an American philanthropist.

1893 Settlers race in Oklahoma for prime land in the Cherokee Strip.

1905 New Zealand’s first fully representative rugby team to tour the Northern Hemisphere, the ‘Originals, started the All Black tradition including the haka and the ‘All Black’ name.

1919  The American Legion was incorporated.

1920 The Wall Street bombing: a bomb in a horse wagon explodes in front of the J. P. Morgan building in New York City – 38  killed and 400 injured.

1948 Kenney Jones, English musician (The Small Faces; Faces; The Who), was born.

1955  Juan Perón was deposed in Argentina.

1966  The Metropolitan Opera House opened at Lincoln Center in New York City with the world premiere of Samuel Barber’s opera, Antony and Cleopatra.

1970 King Hussein of Jordan declared military rule following the hijacking of four civilian airliners by the Popular Front for the Liberation of Palestine (PFLP) which resulted in the formation of the Black SeptemberPalestinianparamilitary unit.

1975  The first prototype of the MiG-31 interceptor made its maiden flight.

1976  Shavarsh Karapetyan saved 20 people from a trolleybus that had fallen into Erevan reservoir.

1982  Sabra and Shatila massacre in Lebanon.

1987  The Montreal Protocol was signed to protect the ozone layer from depletion.

1990  A rail link between China and Kazakhstan was completed at Dostyk, adding an important connection to the Eurasian Land Bridge.

1991  The trial of deposed Panamanian dictator Manuel Noriega began in the United States.

1992  Black Wednesday: the Pound Sterling was forced out of the European Exchange Rate Mechanism by currency speculators and forced to devalue against the Deutschmark.

2007 – Mercenaries working for Blackwater Worldwide allegedly shoot and kill 17 Iraqi civilians in Nisour Square, Baghdad; all criminal charges against them are later dismissed, sparking outrage in the Arab world.

2013 – Taliban insurgents attacked the United States consulate in Herat,Afghanistan, with two members of the Afghan National Police reported dead and about 20 civilians injured.

2013 – A gunman killed twelve people at the Navy Yard in Washington, D.C.

2014 – The Islamic State of Iraq and the Levant launched its Kobane offensive against Syrian–Kurdish forces.