Frit – the mixture of silica and fluxes which is fused at high temperature to make glass; the calcined or partly fused materials of which glass is made; any complex glasses used ground especially to introduce soluble or unstable ingredients into glazes or enamels; make into frit.

You’re invited to pose the questions.

Anyone who stumps everyone will win a virtual bunch of daffodils.

The leap from farming to cheese:

The Berry family’s journey from farming to specialty cheese began in 1987.

Such a leap was triggered by a huge upheaval in our rural communities. In 1984 all farming subsidies were removed, product prices halved and interest rates ballooned to 23-24%.

When Rob Muldoon was voted out Roger Douglas and Labour inherited a broken economy. ‘Rogernomics’ and the ‘free economy’ were born, which crippled our rural communities resulting in many farmers leaving the land and numerous farmer suicides.

In our case, North Otago had the added challenge of crippling droughts. We had a pretty large farming operation, which included a high country run and two down land properties. I decided the former could stay as it was, while the down country farms would be used for cropping and stock trading. . .

The Government announced last week a plan to establish a school of rural medicine within the next three years to train doctors for rural and regional areas.

Two proposals are now before the Government: one from the University of Waikato and the Waikato DHB, the other a joint proposal by the Otago and Auckland medical schools. . .

As the traveller turns off State Highway 2 at Oringi, south of Dannevirke, the cellphone coverage hovers around three or four bars. Further down the road they start to disappear and have gone completely 10 minutes later when the Manawatu River bridge is crossed and the road winds towards Kumeroa.

This isn’t unusual for thousands of rural roads around the country. Farmers all over New Zealand put up with landlines reminiscent of the 1980s and satellite broadband costing a small fortune. . .

Becoming Kiwi: A Filipino with a passion for farming – Deena Coster:

For Joseph Domingo, Taranaki has given him the chance to live his dream.

Born and raised in the Philippines, Domingo made the difficult decision to leave his homeland shortly after he completed his tertiary education in animal science.

It was a choice driven by economics and a desire for seek out new opportunities.

Domingo said competition for jobs in the Philippines is fierce and a university education doesn’t guarantee work in a country with a population of 103 million people. Only about 60 per cent of tertiary educated people get work there, he said.

“The best opportunity for me and my family was to move overseas.” . .

‘Justifiable milk price increase must be passed back to farmers’ – Sylvester Phelan:

Taken together with continued strong European market return trends, it is clear that a price increase on August milk of at least 1c/L is fully justified, the chairman stated. . .

Just to be a finalist was an absolute thrill for Gary and Adrienne Dalton and the Te Whangai Trust in this year’s Auckland Ballance Farm Environment Awards.

Winning the region’s Hill Laboratories Harvest Award made it even sweeter, Gary says. . .

Why my husband is head of the family – Louise Giltrap:

After being called sexist, Louise Giltrap feels the need to explain what she really feels about her husband’s place in the family.

My last column about how women cope with stress struck a chord with a lot of people. Rural women out on the farm everyday especially identified with it.

Men read it and said it was like having a penny drop for them. Their wives had been telling them, but all of a sudden it made sense.

The bit some people got up in my grille about was what I said to the men out there, “You are the heads of our families.”

That’s just my opinion. Even though I’m headstrong and opinionated and have my roles within our agribusiness, Geoff is the head of our family. . .

Brown marmorated stink bug (BMSB) is a #biosecurity pest. If you see one, catch it& report it to @MPI_NZ on 0800 80 99 66. #potatoesnz pic.twitter.com/kxXidNoJmi

National is pledging to do more to help young beneficiaries into work:

National will help more young people become drug free, move off the benefit and get a job to help ensure they reach their potential.

“Most of our young people are doing incredibly well. There are more job opportunities and more support than ever in our country, as a result of our strong economic growth,” Social Development Spokesperson Anne Tolley says.

“But some young people on a benefit need more support. National is committed to helping them into work to ensure they can stand on their own two feet.”

National will invest $72 million over the next four years to support beneficiaries under 25 years of age by:

“Only 10 per cent of young people who go on a jobseekers benefit stay for more than six months – but for those that do, their average time on benefit is almost 10 years,” Mrs Tolley says. “We want to invest early, and give them one on one support so they can develop the skills they need to move into the workforce.

“We will guarantee them access to work experience or training courses designed specifically to get them ready for work.

“In addition, one in five beneficiaries tell us that drug use is a barrier to them getting a job – so we are increasing the support we give them to kick drug use and get work ready.”

People who go from school to a benefit are less likely to be work-ready and more likely to stay benefit-dependent for longer.

Putting this money and effort into helping them become employable will pay dividends for them, potential employers and the country.

National will also place obligations on those who do not take up the significant opportunities available in New Zealand to start work or training.

Job seekers without children who refuse work experience or training or recreational drug rehabilitation will lose 50 per cent of their benefit entitlement after four weeks of not meeting their obligations, with further reductions if that continues. This will also apply to those who continue to fail recreational drug tests, where these are requested by prospective employers.

The lower benefit payments will only be able to be used for essential needs such as rent and food – like we currently do with our Money Management programme for 16 to 19 year olds.

“This significant extra support we are announcing today will come with obligations and personal responsibilities, so those who won’t take the opportunities available to them will lose all or part of their benefit until they take steps to turn their lives around.

“We know benefit sanctions are an effective tool to help people into work, as 95 per cent of people who receive a formal warning meet their obligations within four weeks.”

Any benefit reductions will be made at the discretion of WINZ staff, to take account of individual circumstances. And once individuals decide to meet their obligations, benefits will be reinstated.

“New Zealanders are creating real opportunities for themselves and for New Zealand, through hard work and a commitment to doing better. National supports those efforts and is focused on helping all New Zealanders get ahead, even our most vulnerable,” Mrs Tolley says.

National will roll out the changes from 1 July next year.

People who work have the right to get paid and the responsibility to earn their pay.

People who don’t have jobs in New Zealand have the right to receive a benefit and with that goes some responsibilities which include being work ready.

For some people that isn’t difficult. Others need a little help and some need a lot.

This policy recognises that and is putting human and financial resources into ensuring those who need help get it and those who refuse it should face consequences.

It recognises that the best assistance for beneficiaries who could work is to help them get jobs and independence.

It is an investment that will pay financial and social dividends for young people and the country.

Do not tell secrets to those whose faith and silence you have not already tested.  – Elizabeth I who was born on this day in 1533. 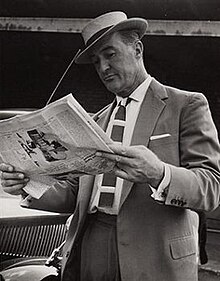