Deliquesce – of organic matter, become liquid, typically during decomposition; of a solid, become liquid by absorbing moisture from the air; dissolve or melt away;  to become soft or liquid with age or maturity —used of some fungal structures (such as gills).

These are some of the jokes which were judged the best from this year’s Edinburgh Fringe Festival:

I’m not a fan of the new pound coin but then again, I hate all change – Ken Cheng.

I’m looking for the girl next door type. I’m just gonna keep moving house till I find her. Lew Fitz

I like to imagine the guy who invented the umbrella was going to call it the ‘brella.’ But he hesitated. Andy Field

I’m rubbish with names. It’s not my fault, it’s a condition. There’s a name for it … Jimeoin

I have two boys, 5 and 6. We’re no good at naming things in our house. Ed Byrne

Whenever someone says, “I don’t believe in coincidences,” I say, “Oh my God, me neither!” Alasdair Beckett-King

A friend tricked me into going to Wimbledon by telling me it was a men’s singles event. Angela Barnes

For me dying is a lot like going camping. I don’t want to do it. Phil Wang

I wonder how many chameleons snuck onto the Ark. Adam Hess

I went to a Pretenders gig. It was a tribute act. Tim Vine.

Taxing farmers who aren’t degrading water to help clean up those who are was always a bad idea.

At first what was left of the tax after some was given to Iwi was going to stay in the region from which it was collected.

At least some was going to go to other regions, maybe even urban areas.

It wouldn’t even be used to improve waterways, some could be used for roads:

National Party Candidate for Rangitata Andrew Falloon is demanding clarity from the Labour Party on their proposed water tax which would have a big impact on productive businesses and jobs in the district.

“Labour have claimed in public that the revenue from their water tax would go toward clean-up of waterways.

“On Thursday night at a Meet the Candidates meeting in Temuka, Rangitata candidate Jo Luxton said that David Parker had offered some of the water tax revenue for spending on roads in a closed-door meeting with the Ashburton District Council.

“I’ve since had that conversation confirmed by an Ashburton District Councillor.

“Once again the Labour Party are saying one thing in public, and something else in secret.

“Either the tax is for waterways, or it’s a general extra tax on farmers and the productive sector.

“Three weeks out from the election, Labour still won’t answer basic questions about their water tax:

How much would it be?
How much would go to iwi?
What would the rest be spent on?
Why would major water users in urban areas, like Coca Cola, be exempt from the tax?

“David Parker and the Labour Party need to be honest with the people of Canterbury about how much the water tax would be and what they’d do with money raised from it,” Falloon says.

Parker has confirmed that some of the tax could go on roads:

When contacted on Friday, Parker said revenue would primarily need to be distributed to regional councils to clean up waterways.

However, money left over could be given to local councils, which would “decide what to do with it”, he said.

This means Labour hasn’t even bothered to find out if councils need more money to clean up water ways.

I hope no-one is holding their breath waiting for answers to the many questions raised over this tax.

Even if Labour did give answers, how could you trust them when what they say the tax would be used for changes so often.

Each change confirms that this policy is motivated not by environmental concerns but the perverse political aim to punish farmers and widen the urban-rural divide.

1 – There is no detail, it is uncertain and its keeps on changing. The only certainty is there will be a water tax if Labour are elected.

2 – No one in New Zealand pays for water. What we pay for is the infrastructure to deliver water and for water treatment. Legally, you can’t be charged for water. For example, one rural bore to draw water from could cost around $200,000 to put in, and that’s before it’s operational – it then costs to run it.

3 – Only rural businesses will pay the water tax; urban businesses will not. This means it is incorrect to portray this tax as being on large commercial water users. If your farm or processing plant is on urban water supply, you’ll only pay for infrastructure but, if your farm or processing plant is taking rural water, you’ll pay for infrastructure plus a water tax. Global drinks manufacturer Coca-Cola is on Auckland’s town supply, and so will get an advantage over rural water bottlers for example. . .

How to save wool? Look to the future – Andy Ramsden:

The way to lift wool prices out of their doldrums is to develop products the future will want, writes Andy Ramsden.

How do we double the value of wool returns to the grower?

Lifting wool returns significantly requires a shift in the way we think about wool. We need a new model that puts the consumer’s needs first and works back to breed to create a product tailored for that specific market.

We need to think, how do we double the value of wool? As opposed to a slight shift, we should ask – how do we go from $3 to $7/kg for coarse wool? We need to get back to a premium value, where the pride in producing a good wool product comes back. . .

Rob Tipa meets a fourth-generation orchardist still picking the fruit from trees planted by his great-grandfather 100 years ago.

If there is one single factor that links Kiwi families who have passed farmland down from one generation to the next for 100 years or more, it is sustainability.

For Central Otago fruit-grower Simon Webb, his measure of sustainability is that he is still harvesting and selling fruit from a few old varieties of apples and pears planted by his great-grandfather more than a century ago. . .

Newborn calves are being kept high and dry thanks to a bit of clever innovation.

The Moova calf transporter, is meeting animal welfare needs and also health and safety for the farmer.

The idea came from Taupo farmer Kim Caldwell, who wanted an easier way to transport calves, and load and unload them into a trailer rather than bending over. . .

Having a group of people of differing expertise visit her farm and offer advice was extremely valuable for 2017 Horizons Ballance Farm Environment Awards finalist Nic Leary.

She’s in charge of Tarata Farm – a leased 500ha, 4400-stock-unit sheep and beef property west of Raetihi – run in conjunction with another family property.

“The judging panel that visited Tarata included two farmers – two different farmers in terms of the type of property they farm, where they farm and what they focused on – as well as a rural banker and a regional council land management person. . .

New Zealand’s lush green countryside and its free-range farming system has generated and created the nation’s wealth and whilst that system is now stretched to capacity, it has positioned the farming sector well for the disruptive rigors of the 21st Century…and it’s mostly a great story.

New Zealand farmers have done some heavy lifting over the country’s history and are held in high regard by global peers. Townies and those in professional services please take note. Someone has to do something for you to make a living. Thank goodness for farmers. What would the cash flow and P & L performance look like in many professional services firms without them?

Actually what would New Zealand look like without them? Prosperity and productivity would be further challenged and whilst Sir Paul Callaghan famously suggested getting off the grass, he also noted the country would be much poorer without Fonterra and the dairy sector. Like most things in life, finding the balance is key. . .

One teaspoon of soil contains more living organisms than there are people in the world. Without this biological diversity there would be no life on earth.

In addition to providing habitat for billions of organisms, soil acts as a water filter and growing medium. It contributes to biodiversity, solid waste treatment, acts as a filter for wastewater and supports agriculture.

Unlocking the secrets of this complex chemical, physical and biological powerhouse – a powerful source of ‘natural capital’ — has had a huge impact on human life. . .

As a battle for the assets of Murray Goulburn heats up, we list who is behind Australia’s largest dairy operations. . . 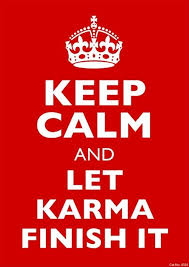 1666  The Great Fire of London broke out and burned for three days, destroying 10,000 buildings including St Paul’s Cathedral.

1960  New Zealand enjoyed perhaps its greatest day at an Olympic Games. First Peter Snell won gold in the 800 m, and then within half an hour Murray Halberg won the 5000 m to complete a remarkable track double in Rome’s Olympic Stadium.

1996  A peace agreement was signed between the Government of the Republic of the Philippines and the Moro National Liberation FrontinMalacañang Palace.

2013 – The new eastern span of the San Francisco–Oakland Bay Bridge opened to traffic, being the widest bridge in the world.