Impignorate – to mortgage, pledge or pawn.

When Insults Had Class…

These glorious insults are from an era before the English language got boiled down to 4-letter words:

The Earl of Sandwich to John Wilkes: “Sir, you are a scoundrel!  You will either die on the gallows or of some unspeakable disease.”

“That depends, my noble lord, ” replied Wilkes, “on whether I embrace your principles or your mistress.”

Benjamin Disraeli was asked to articulate the distinction between the words “disaster” and “calamity”.  He replied: “Well, if Mr Gladstone were to fall into the river Thames, that would be a disaster, but if someone were to pull him out, that would be a calamity.

“He had delusions of adequacy .”  -Walter Kerr

“He has all the virtues I dislike and none of the vices I admire.” – Winston Churchill

“I have never killed a man, but I have read many obituaries with great pleasure.” -Clarence Darrow

“He has never been known to use a word that might send a reader to the dictionary.” -William Faulkner (about Ernest Hemingway)

“Thank you for sending me a copy of your book; I’ll waste no time reading it.” -Moses Hadas

“I didn’t attend the funeral, but I sent a nice letter saying I approved of it.” -Mark Twain

“He has no enemies, but is intensely disliked by his friends.” -Oscar Wilde

“I am enclosing two tickets to the first night of my new play; bring a friend, if you have one.” -George Bernard Shaw to Winston Churchill

“Cannot possibly attend first night, will attend second… if there is one.” -Winston Churchill, in response

“I feel so miserable without you; it’s almost like having you here.” -Stephen Bishop

“He is a self-made man and worships his creator.” -John Bright

“He is not only dull himself; he is the cause of dullness in others.” -Samuel Johnson

“He is simply a shiver looking for a spine to run up.” –  Sir Robert Muldoon

“In order to avoid being called a flirt, she always yielded easily.” -Charles, Count Talleyrand

“He loves nature in spite of what it did to him.” -Forrest Tucker

“Why do you sit there looking like an envelope without any address on it?” -Mark Twain

“His mother should have thrown him away and kept the stork.” -Mae West

“Some cause happiness wherever they go; others, whenever they go.” -Oscar Wilde

“He uses statistics as a drunken man uses lamp-posts… for support rather than illumination.” – Andrew Lang (1844-1912)

“He has Van Gogh’s ear for music.” -Billy Wilder

“I’ve had a perfectly wonderful evening. But I’m afraid this wasn’t it.” -Groucho Marx

Heading into an election that will be won or lost in the towns and cities, farmers must get a hearing on environmental issues, says Meat Industry Association chair John Loughlin.

He says with environmental issues “quite significant” in this election year, any changes to environmental regimes must be balanced and fair.

“The outcomes in our rivers don’t just reflect farming; they reflect towns and cities and industries as well.”

He was speaking after the recent two-day Red Meat Sector conference in Dunedin, jointly hosted by the MIA with Beef + Lamb NZ. . .

A handy table from Irrigation NZ. A useful point to start the true debate pic.twitter.com/a0Flsn9Fo0

Uncertainty over continued access to fertile land and irrigation water are potentially forcing some vegetable growers out of business.

“Over time we are seeing consolidation of many small growers into fewer larger growers; there is uncertainty and many growers are faced with a decision trying to figure whether they can justify the cost of taking land and water issues on,” he told Rural News. . .

Quality advice is key to whether farmers sink or swim in an environmental tsunami, writes Stephen Macaulay.

A wave of unprecedented environmental compliance is crashing over New Zealand’s primary industries and it’s not just farmers who are working hard to stay afloat.

The implementation of farm environmental plans represents one of the most significant changes in how farmers think about and undertake their work. Solutions now and into the future will involve a fundamental rethink in the way we farm and manage our natural resources.

How the industry deals with those regulations and the associated scrutiny of urban New Zealand and international consumers will impact on the production and profitability of farming operations into the future, as well as farm property values. . .

Recently she branched into bigger sizes for adults and a variety of tights, blankets and clothing.

Topp grew up on a sheep farm at Summerhill, in the Canterbury foothills near Oxford. She still soaks in the smell and the memory of lanolin, tossing fleeces and the banter of the boards.

Don’t judge a conversion by its cover – Tim Fulton:

Ngai Tahu’s forest-to-farm conversion near the North Canterbury town of Culverden is about beef and dairy support, the developer says.

The iwi’s farming group had transformed part of the old Balmoral Forest over the past two years but it wouldn’t be milking, Ngai Tahu Farming chief executive Andrew Priest said.

The iwi had already transformed Eyrewell Forest on the north bank of the Waimakariri River, (Te Whenua Hou) into dairy farms and drystock units.

In 2016, 360 hectares of land at the west of the Balmoral block was put into irrigated pasture and was now being used for beef finishing. . .

Ex Glenavy farmer Allan Andrews is topping up Cancer Society funds thanks to his many book sales.

His book titled Allan Andrews 70 Years On features a range of subjects, including farming, cricket and his battle with cancer.

It was his family’s history of cancer that prompted Mr Andrews to donate a portion of the book’s proceeds to the Cancer Society.

The book was launched in late September to early October last year, with the aim of donating a portion of the proceeds from every book to the Cancer Society. . .

Farm Girl 1. A person who solves problems you can’t. 2. One who does precision guess work based on unreliable data provided by those of questionable knowledge. See also Wizard, Magician.

WATCH our latest campaign ad. It defines the clear choice for New Zealanders this election. RT this now. #PartyVoteNational pic.twitter.com/POSyQ3tO9j 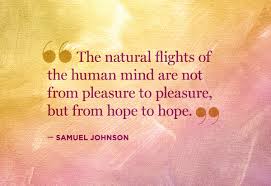 The natural flights of the human mind are not from pleasure to pleasure, but from hope to hope – Samuel Johnson.

1866 – After two bungled attempts and near disaster at sea, the first communications cable between the North and South Islands of New Zealand   was completed.

1911 – The New Zealand Coat of Arms was warranted.

1999 – Russia began the Second Chechen War in response to the Invasion of Dagestan by the Islamic International Peacekeeping Brigade.

2011 – The Boeing 787 Dreamliner, Boeing’s all-new composite airliner, received certification from the EASA and the FAA.

2013 – Nationwide protests were held across the Philippines over the Priority Development Assistance Fund scam.

2015 – Two journalists were shot and killed by a disgruntled former coworker while conducting a live report in Moneta, Virginia.