Why does moisture destroy leather?  When it’s raining, cows don’t go up to the farmhouse yelling, “Let us in! We’re all wearing leather! We’re going to ruin the whole outfit here!”

Don’t knock the weather. If it didn’t change once in a while, nine tenths of the people couldn’t start a conversation.

A friend did her pilot’s exam just after a storm, and flew through a rainbow. She passed with flying colours.

The 30-year-old father-of-two shore 644 romney and crossbred ewes in eight hours at Trefranck Farm, near St Clether in Cornwall, beating the previous record of 605 set by Invercargill shearer Leon Samuels in Southland earlier this year.

It was the latest in a string of world shearing records in the family, including the ultimate record of 731 ewes in nine hours by Matthew Smith at Tefranck on July 26 last year. . .

“It’s just the worst thing to happen to a farm,” Taieri dairy farmer Katie Clark rues as she stands in knee-deep floodwater in front of her home.

Calving is due to start in two days on the Clark family’s property, on Otokia Rd West, yet most of their farm remains under water.

Yesterday, their house was surrounded by water, firewood was floating in the yard, they could not use the shower or toilet, a mattress had floated from a shed into the garden, and there was no sign of the water level dropping.

Ask Mrs Clark how she is faring and she says “it’s horrible. We just want to cry. Look where our cows are.” . .

Canterbury soils are saturated, crops have drowned and pastures have transformed to mud bowls, but in the aftermath of the worst-ever rain event on record, there are positives.

“Despite the fact we are sludging on in extremely trying conditions, and more rain, the positives would outweigh the negatives,” Federated Farmers Mid Canterbury vice-chairman David Clark said.

In the worst-hit parts of the South Island, the deluge dumped up to 180mm across Mid Canterbury in what has been recorded as the biggest rain event ever for the region, while in South Canterbury 67mm of rain fell in 12 hours, more than its average July rainfall of 40mm. . .

• Shareholder rebate of $45 per tonne, with total distribution of $54 million

• Record urea production of 277,224 tonnes, with staged investment in Kapuni

(BusinessDesk) – Silver Fern Farms announced the resignation of chief executive Dean Hamilton, who will leave at the end of the year, and said a search is underway for his replacement.

Hamilton has been chief executive of Silver Fern Farms, New Zealand’s biggest meat company, for three years and steered it through the Shanghai Maling investment and partnership. No reason was given for his resignation but co-chairman Rob Hewett said “we been discussing for some time the demands on him of working away from home” and the board “appreciates and accepts” his desire for change. . .

At yesterday’s South Island sale, longer 37-micron crossbred second-shear wool increased 40 cents to $3.15 a kilogram compared to last week’s North Island sale, while mid-length fibre gained 25 cents to $2.70/kg and shorter styles were firm at $2.40, according to AgriHQ. Meanwhile, 31-micron lamb wool was also up week on week by 80 cents to $3.70/kg.

Compared with the last South Island sale two weeks ago, 37-micron crossbred fleece was up 5 cents to $3/kg. Meanwhile the improvements in the second shear were not as large due to the premium that is typical for the South Island. The longer 37-micron second shear was up 5 cents to $3.15/kg while the shorter style was firm at $2.40/kg, AgriHQ said. . . 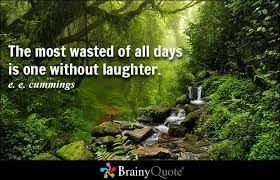 The most wasted of all days is one without laughter – e e cummings.

1900 King Umberto I of Italy was assassinated by Italian-born anarchistGaetano Bresci.

1981 Up to 2000 anti-Springbok tour protestors were confronted by policewho used batons to stop them marching up Molesworth Street to the home of South Africa’s Consul to New Zealand.

2003 –  Moana Mackey entered the House of Representatives as a Labour Party list MP, joining  her mother, Janet Mackey, who had been a Labour MP since 1993. They became the first mother and daughter to serve together in New Zealand’s parliament.

2010 – An overloaded passenger ferry capsized on the Kasai River in Bandundu Province, Democratic Republic of the Congo, resulting in at least 80 deaths.