Was not naming father fraud too?

Metiria Turei admitted she didn’t admit to having flatmates in order to collect a bigger benefit payment.

Rodney Hide at the NBR and Whaleoil have past quotes which show she didn’t name the baby’s father when she not only knew who he was but ensured he maintained a relationship with his daughter and took money from him and his family.

Is that fraud too?

After earlier saying she’d pay back the money if WINZ asked her to, she’s now decided she’ll pay it back anyway.

Will it be just the extra accommodation payment she got or should she, or the child’s father, also be paying what he would have been liable for had she named him and will anyone be looking into whether the help she got from him, his family and her own should have been declared too?

Life on a benefit wasn’t easy back then and isn’t now.

But a lot of people managed then and manage now without committing fraud.

Most accept the necessity of doing so to help people in genuine need, a lot fewer are happy to support someone who’s getting more than they’re entitled to through fraud.

A school teacher was arrested at John F. Kennedy International airport as he attempted to board a flight while in possession of a ruler, a protractor, a compass, a slide-rule and a calculator.

At a morning press conference, Attorney General Jeff Sessions said he believes the man is a member of the notorious Al-Gebra movement.

He did not identify the man, who has been charged by the FBI with carrying weapons of math instruction.

‘Al-Gebra is a problem for us,’the Attorney General said. ‘They derive solutions by means and extremes, and sometimes go off on tangents in search of absolute values.

‘They use secret code names like “X” and “Y” and refer to themselves as “unknowns” but we have determined that they belong to a common denominator of the axis of medieval with coordinates in every country.

‘As the Greek philosopher Isosceles used to say, “There are 3 sides to every triangle”.’i

When asked to comment on the arrest, President Trump said, “If God had wanted us to have better weapons of math instruction, he would have given us more fingers and toes.”

White House aides told reporters they could not recall a more intelligent or profound statement by the President.

Federated Farmers president Katie Milne has lost track of the number of people who have called her farm in Kumara on the West Coast, asking to talk business with the man of the house.

Within minutes, she will often hear her husband say “I’ll hand you back to the boss, she can help you,” as he returns the phone to her.

This is because although the farm is a partnership, Milne is usually the one managing the books and keeping the business side of things ticking over. . .

No one will ever call Mid Canterbury farmers Kate and David Acland lazy. Not only do they run a 3800ha mixed livestock finishing farm with 25,000 stock units; they have tacked onto the family enterprise a dairy operation, an apiary, a Marlborough winery and a local cafe and farm store.

“Schemes interest us,” says David. “Diversification has been our strategy since 2012. We are spreading our income and are not at the mercy of any single industry.

“Driving our business to grow and intensify while staying true to our farming values is a challenge, but opportunities such as bee keeping allow us a whole new revenue stream without affecting the core business of the farm or affecting the environment.” . .

Applications are open for 2018 Nuffield Scholarships. Kate Taylor spoke to a 2017 scholar in the middle of his international travels.

The best thing about Mat Hocken’s Nuffield scholarship has been the way it has opened his eyes to the global agricultural stage. The hardest thing has been leaving his young family.

Hocken is farming a Manawatu property, Grassmere, that has been in his family for over 125 years. He works alongside wife Jana, with whom he has two young daughters, and his father Ross who lives on one of the support blocks nearby. . .

The Federation backs the principles outlined in the proposal, but has decided to appeal on proxies attached to the plan. . .

Fonterra to expand in Darfield –

With cream cheese undergoing a steady surge in popularity in Asia, the $150 million two-stage project will see the first plant completed in 2018 with a second to follow in either 2019 or 2020.

The two new plants will incorporate technology that will allow the firmness and consistency of the cream cheese be dialled up or down to meet customer preference.

Fonterra’s director of global foodservice Grant Watson said the investment is a timely one as more and more consumers around Asia develop a preference for milk-based products . . .

Angus on top at Steak of Origin –

Tim and Kelly Brittain, from Otorohanga, have been awarded this year’s Steak of Origin grand champion title for their Angus steak.

Being recognised as the country’s top beef producer is an achievement Tim and Kelly are extremely proud of.

“Each year our entries into this competition have stepped up a level and I am so proud that tonight all our work and efforts can be celebrated. This outcome is a significant achievement and something that Kelly and I have been working towards,” Tim said. . . 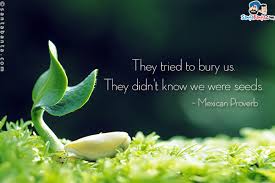 They tried to bury us, they didn’t know we were seeds – Mexican proverb.

838 – Battle of Anzen: the Byzantine emperor Theophilos suffered a heavy defeat by the Abbasids.

1099 – First Crusade: Godfrey of Bouillon was elected the first Defender of the Holy Sepulchre of The Kingdom of Jerusalem.

1298 – Wars of Scottish Independence: Battle of Falkirk – King Edward I of England and his longbowmen defeated William Wallace and his Scottish schiltrons outside the town of Falkirk.

1456 – Ottoman Wars in Europe: Siege of Belgrade – John Hunyadi, Regent of the Kingdom of Hungary, defeats Mehmet II of the Ottoman Empire.

1499 – Battle of Dornach – The Swiss decisively defeated the Imperial army of Emperor Maximilian I.

1942  The United States government began compulsory civilian gasolinerationing due to the wartime demands.

2011 – Twin terror attacks in Norway:  the first being a bomb blast which targeted government buildings in central Oslo, the second being a massacre at a youth camp on the island of Utøya.

2013 – A series of earthquakes in Dingxi, China, killed at least 89 people and injureed more than 500 others.

2015 – Three people died and 17 were injured in a collision between a Pendolino train and a lorry that occurred near Studénka, north Moravia, in the Czech Republic.