Wain – a farm wagon or cart; a usually large and heavy vehicle for farm use.

If there is any secret to this life I live, this is it: the sound of what cannot be seen sings within everything that can. & there is nothing more to it than that. – Nothing More  © 2014 Brian Andreas – posted with permission.

The Labour and Green Parties would campaign on policies tightening the granting of resource consents for activities such as dairying.

Labour also promised to charge “a resource rental for large water take for irrigation at a fair and affordable price”.

Also in the wings, Environment Minister Nick Smith said a technical paper on options for allocating and pricing water was due in December and would have to be addressed by the incoming government. . .

A bid to produce the world’s healthiest red meat is proving a hit for a group of South Island high country farmers.

Their unique Te Mana lamb was launched onto the market this winter, to be served up at top restaurants both here and in Hong Kong.

Life on the farm’s been a lot tougher in recent years for the country’s sheep, as the growth of dairying pushes them higher into the hills.

Geneticist Aimee Charteris has spent the past decade on a project to create a new breed of sheep. . .

Julia Aspinall is an animal-breeding specialist.

Passionate about her work and the sheep industry, this year she was nominated for the Beef and Lamb New Zealand Significant Contribution to the New Zealand Sheep Industry Award for the first time.

She was announced as a finalist earlier this month, alongside retired Havelock North  Romney breeder Tony Parker and Parnassus Perendale breeder Tim Anderson.

“I was pretty stoked [to find out I was a finalist,]” she said.

Originally from Mt Aspiring Station in Wanaka, Ms Aspinall has always had a love of the sheep industry. . .

When Balfour farmer Jonny Elder signed up for the Rabobank farm managers programme last year, the timing was perfect.

Designed for emerging farmers, the programme focused on the development of business management skills, with an emphasis on strategic planning, leadership and self-awareness.

Mr Elder and his wife, Michelle, farm a 460ha sheep and beef property in Northern Southland, where they run ewes, fatten lambs and trade a mix of beef calves and Friesian bulls.

When he went on the course, the couple had just finished their first year farming on their own account — having previously farmed with Mr Elder’s father and brother — and they were ready to put into action their own ideas and visions. . .

The biosecurity system is creaking and won’t be sustainable in five years, Ministry for Primary Industries readiness and response director Geoff Gwyn says.

Biosecurity had some big challenges that needed to be addressed collectively, he told farmers at the Federated Farmers arable industry conference.

“To put it bluntly, our system is creaking.

“Biosecurity is working but the model that is there is not sustainable for five years’ time.

“Leave it to the Crown solely and it ain’t going to work. We have got to do it together,” Gwyn said.

And while tourism was great for the country it created greater risk. . .

When the imagination was backed with evidence, facts and data, it transformed to a goal.

That was the case for the KPMG Agribusiness Agenda released on the first day of the Fieldays.

Titled ‘A Recipe for Action’, the 2017 Agenda said “NZ’s future is as an artisan, niche producer of premium quality, safe and sustainable food and beverages, fibre and timber products”. . .

The food industry is one of the fastest changing in the world so producing food to feed it will no longer be business as usual, technology futurist Rosie Bosworth says.

The Future Advantage consultant and communicator told more than 200 farmers at Beef + Lamb New Zealand’s FarmSmart event in Christchurch that while not much had changed in the way food had been produced for the past 10,000 years, it was changing now.

Technology and science were creating change beyond business as usual.

“We are amidst an era of exponential change with new business models evolving, accelerating and converging at breakneck speeds.” . .

Southern harness racing breeders will have free access to the bloodlines of one of the area’s most recent pacing stars next breeding season.

Two-time Southland horse of the year Franco Ledger, by Falcon Seelster, will stand his first season at stud at Macca Lodge in northern Southland this spring, with a zero service fee.

The horse’s former trainer, Hamish Hunter, and co-owners the What Ever Syndicate, were keen to give the horse an opportunity at stud, so they persuaded Macca Lodge to take the horse, proprietor Brent McIntyre said. . .

This is Gerry and the Pacemakers.

Kiri Te Kanawa  and with the Mormon Tabernacle Choir

And from the musical Carousel

A media release from the FMG Young Farmer contest:

For the first time in its 49-year history, an Otago farmer is the FMG Young Farmer of the Year with Milton sheep and beef farmer, Nigel Woodhead, convincingly winning the prestigious title after three days of gruelling competition.

The 28-year-old was overwhelmed and emotional after 3 days of intense competition.

“I watched FMG Young Farmer of the Year when I was a child, so to win it, is a childhood dream that I think will take a long time to sink in,” Woodhead said.

A popular winner, Nigel graduated from University with a Bachelor of Agricultural Science before working at Midlands Seed in Ashburton for five years, prior to heading home to the family farm.

The win is particularly relevant in the Woodhead household as Nigel grew up in a family that watched the Contest every year with his Dad competing at a young age.

For Nigel it is the realisation of a dream.

“My wife Leanne and I worked really hard and to win this is incredible!”

“History has been made tonight in a proud farming province and we couldn’t be happier.”

NZ Young Farmers CEO Terry Copeland said Nigel was the epitome and pinnacle of what future leaders in the Agri-sector need to be.

“The FMG Young Farmer of the Year continues to showcase the brilliant young leadership our organisation strives to develop. Nigel is an inspiring future leader who showcases the exceptional leaders we strive to develop.”

FMG Young Farmer of the Year:

How the FMG Young Farmer of the Year works:

The seven winners of the regional final will now compete at the Grand Final in the Manawatu this week.

In 49 years only four females have ever made the Grand Final:

Denise Brown who placed Seventh in 1981

He’s not the first Otago winner, but he’s the first from the province in more than 20 years. 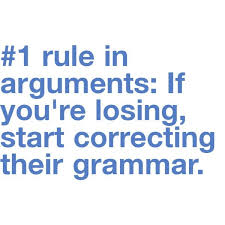 #1 rule in arguments: if you’re losing, start correcting their grammar.

1540 Henry VIII  annulled his marriage to his fourth wife, Anne of Cleves.

1541 Estevão da Gama left Massawa, leaving behind 400 matchlock men and 150 slaves under his brother Christovão da Gama, with orders to help the Emperor of Ethiopia defeat Ahmad ibn Ibrihim al-Ghazi who had invaded his Empire.

1789  In Versailles, the National Assembly reconstituted itself as theNational Constituent Assembly and began preparations for a French constitution.

1790 Russo-Swedish War: Second Battle of Svensksund – the Swedish Navy captured one third of the Russian fleet.

1793 The Act Against Slavery was passed in Upper Canada and the importation of slaves into Lower Canada prohibited.

1807 The Treaties of Tilsit were signed by Napoleon I and Alexander I.

1810 Napoleon annexed the Kingdom of Holland as part of the First French Empire.

1867 An unsuccessful expedition led by E.D Young sets out to search for DrDavid Livingstone.

1900 Queen Victoria gave royal assent to an Act creating theCommonwealth of Australia thus uniting separate colonies on the continent under one federal government.

1918 Great train wreck of 1918: in Nashville, Tennessee, an inbound local train collided with an outbound express killing 101 and injuring 171 people, making it the deadliest rail accident in United States history.

1932  The state of São Paulo revolted against the Brazilian Federal Government, starting the Constitutionalist Revolution.

1955 The Russell-Einstein Manifesto was released by Bertrand Russell in London.

1958 Lituya Bay was hit by a mega-tsunami – a wave recorded at 524 meters high, making it the largest wave in history.

1975  The National Assembly of Senegal passed a law that paved the way for a (highly restricted) multi-party system.

1979  A car bomb destroyed a Renault motor car owned by famed “Nazi hunters” Serge and Beate Klarsfeld at their home in France. A note purportedly from ODESSA claimed responsibility.

1982 Pan Am Flight 759 crashed in Kenner, Louisiana killing all 145 people on board and eight others on the ground.

1984 York Minster was struck by a lightning bolt and the resulting fire ravaged most of the building.

1989 Two bombs exploded in Mecca, killing one pilgrim and wounding 16 others.

1991  South Africa was readmitted into the Olympic movement after 30 years of exclusion.

1999  Days of student protests began after Iranian police and hardliners attacked a student dormitory at the University of Tehran.

2002 The African Union was established in Addis Ababa, with the first chairman is Thabo Mbeki, President of South Africa.

2006  At least 122 people were killed after a Sibir Airlines Airbus A310passenger jet, carrying 200 passengers veered off the runway while landing in wet conditions at Irkutsk Airport in Siberia.