there came a moment in the middle of the song when she suddenly felt every heartbeat in the room & after that she never forgot she was part of something much bigger – Connection © 2014 Brian Andreas – posted with permission.

Dot and Neil Smith are dreamers, but not in the sleepy, never get anything done way.

They are people who work hard to make their dreams come true.

. . .It’s a bit like Grand Designs on steroids. Dot Smith and husband Smithy (aka Neil) start with a bare paddock. Smithy, who has been dragged around innumerable castles in Europe, said to her one day: “What if I dug you a hole in the ground there and we put a little island in the hole and put a castle on there?”

Well, it’s not so much of the little. This is a massive project. The completed Riverstone Castle, built from solid Oamaru stone quarried locally, literally sits on an island. There’s even a dungeon.

But as with every good home building show, this one is just as much about the people as the build.

Pink-haired, 60-something Dot is clearly a romantic, but not in any drippy way. This is a woman who, with her family, has worked hard to run a successful empire that includes six dairy farms, an award-winning restaurant, giftware shops and gardens to die for. But she loves a fairytale.

“You’ve got to make a bit of romance happen in your life, otherwise when you get to 65 or 70 you’re a bit past all the other romantic parts,” she says. “So we’ve got to make little fairy stories where we go.”

Dot: Queen of the Castle screens on Prime at 8:30 tonight. 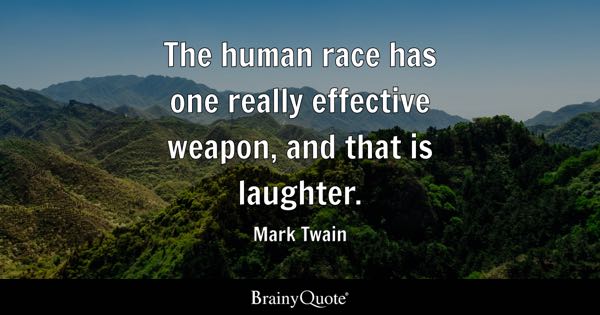 The human race has one really effective weapon, and that is laughter. – Mark Twain.

1769 A transit of Venus was followed five hours later by a total solar eclipse, the shortest such interval in history.

1802 Grieving over the death of his wife, Marie Clotilde of France, KingCharles Emmanuel IV of Sardinia abdicated in favor of his brother, Victor Emmanuel.

1859 Italian Independence wars: In the Battle of Magenta, the French army, under Louis-Napoleon, defeated the Austrian army.

1912 Massachusetts became the first state of the United States to set a minimum wage.

1913 Emily Davison, a suffragette, ran out in front of King George V’s horse, Anmer, at the Epsom Derby.

1919 The U.S. Congress approved the 19th Amendment to the United States Constitution, which guaranteed suffrage to women, and sent it to the U.S. states for ratification.

1920 Hungary loset 71% of its territory and 63% of its population when the Treaty of Trianon was signed in Paris.

1939 Holocaust: The MS St. Louis, a ship carrying 963 Jewish refugees, was denied permission to land in Florida, after already being turned away from Cuba. Forced to return to Europe, many of its passengers later died in Nazi concentration camps.

1942 World War II: The Battle of Midway began – Japanese Admiral Chuichi Nagumo ordered a strike on Midway Island by much of the Imperial Japanese navy.

1943 the Cromwell-Dunedin express, travelling at speed, was derailedwhile rounding a curve near Hyde in Central Otago. Twenty-one passengers were killed and 47 injured in what was at the time New Zealand’s worst-ever rail accident.

1944 Michelle Phillips, American singer (The Mamas & the Papas) and actress, was born.

1944 World War II: A hunter-killer group of the United States Navy captured the German submarine U-505 – the first time a U.S. Navy vessel had captured an enemy vessel at sea since the 19th century.

1973 A patent for the ATM was granted to Donald Wetzel, Tom Barnes and George Chastain.

1979 Flight Lieutenant Jerry Rawlings took power in Ghana after a military coup in which General Fred Akuffo was overthrown.

1989 Ali Khamenei was elected the new Supreme Leader of Iran by the Assembly of Experts after the death of Ayatollah Ruhollah Khomeini.

1989 – The Tiananmen Square protests were violently ended by the People’s Liberation Army.

1989 Solidarity‘s victory in the first (somewhat) free parliamentary elections in post-war Poland sparked off a succession of peaceful anti-communist revolutions in Eastern Europe, led to the creation of theContract Sejm and began the Autumn of Nations.

1989 Ufa train disaster: A natural gas explosion near Ufa, Russia, killed 575 as two trains passing each other threw sparks near a leaky pipeline.

1996 The first flight of Ariane 5 exploded after roughly 20 seconds.

2001 Gyanendra, the last King of Nepal, ascended to the throne after the massacre in the Royal Palace.