In his latest commodities report, Penny says that prices in the three sectors look similarly healthy.

“In fact, there is a better than fair chance that all three sectors surpass the $6/kg mark simultaneously at some stage this year, known as the Magical Triple 6.”

Dairy is already there; ASB milk price forecasts are sitting at $6.00/kgMS this season and $6.75/kgMS next season. . .

Stamps are likely to be a cheaper collecting option than tractors.

Once Syd McMann sells his collection of vintage tractors, implements and parts, he will be turning his attention to philatelic pursuits.

With five albums full already and another 5000 stamps yet to be dealt with, Mr McMann (86) expected that would keep him ”going” for the winter.

He has been busy recently preparing for the dispersal sale which will be held in the former Te Pari building in Humber St, Oamaru, on Saturday this weekend starting at 10.30am. PGG Wrightson agent Kelvin Wilson said the sale was ”unusual” for North Otago. . .

Home is where the cows are – Sally Rae:

Running his family’s dairy farm in South Otago was a long-term dream for Mathew Korteweg – not that he thought it would necessarily happen.

Mr Korteweg and his wife Catherine are now in their third season lower-order sharemilking on the Kaitangata property, milking 560 cows at the peak.

They say they are in the industry ”for the long haul”, armed with a solid plan and confidence in the future.

Still, they are expecting some headwinds each season, whether it involves compliance, health and safety or environmental factors. . .

Farmers learn best from other farmers who have actually done it, says Extension 350 chairman Ken Hames.

The first clusters of the innovative Northland Extension 350 programme will start on June 1, says Hames.

In year one, a sheep and beef cluster will get underway in the Far North and two dairy clusters will be running, one near Kerikeri and one around Whangarei south. . .

Drop in forestry replanting due to assorted factors – Jim Childerstone:

A possible 5% reduction in forestry replanting could mostly be the result of owners of small woodlots (those smaller than 20ha) not replanting on cut-over sites.

Some of the blame also lies with corporate and large forest owners converting to other forms of land use, such as dairy, when irrigation has become available.

This is partly due to poor returns based on locality and size of areas planted under the post-1989 afforestation grant scheme.

There also appears to be some confusion with the Emissions Trading Scheme (ETS) carbon credits, introduced to supposedly encourage land owners to establish new woodlots. . .

Finalists Prepare for Last Round of Judging:

This weekend marks the culmination of months of planning and preparation for the 22 finalists in the Share Farmer and Dairy Manager of the Year competitions, as finals judging gets underway for the 2017 New Zealand Dairy Industry Awards.

Two teams of three judges will travel the length and breadth of New Zealand over 8 days, spending time on each finalists’ farm and listening to presentations from them.

Beginning in Hawkes Bay-Wairarapa on 22 April, the judges will spend two hours with each Share Farmer of the Year finalist. The finalists will be able to showcase all aspects of their farming business and management styles, as well as off-farm interests. . .

A new seasonal livestock finance facility is aiming to address a gap in the market for low cost and flexible borrowing.

Carrfields Stockline, which has just been launched nationwide, was set up in response to a need among farmers for a simple, transparent and tailor-made finance solution with no hidden costs, said Donald Baines, National Livestock Commercial Manager at Carrfields Livestock.

“Following conversations with our customers it was clear that many of the finance packages on offer across the market didn’t suit their needs. So we’ve developed a product that offers flexibility over when livestock can be sold and to whom.” . .

Farming: Noun [farming-ing] The art of losing money while working 400 hours a month to feed people who think you are trying to kill them.

1920 – King George V’s son, Edward, Prince of Wales (who later reigned briefly as Edward VIII), arrived in New Zealand partly to thank the Dominion for its contribution to the Empire’s war effort. 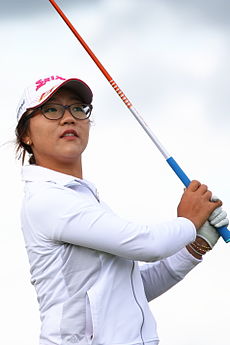