Marlock –  prank or trick;  a practical joke; a frolic; a playful gesture; a flirtatious glance; a shrubby or small-tree form of Eucalyptus found in Western Australia.

The scheduled return to standard New Zealand time tomorrow morning has been cancelled and clocks will stay one-hour ahead permanently.

A spokesman for the Department of Infernal Affairs, Ms Sunny Disposition said that putting clocks back signalled the start of winter to many people and since summer weather had been so disappointing, few if any were ready for it.

“Most people agree daylight saving is good and if some is good then ipso facto more must be better,” she said.

“We can’t change the weather, but we can keep the clocks forward and allow people more daylight. The sun comes out in the day and after the sorry excuse for summer over much of the country that’s what we need to cheer us all up – more day and less night.

“We’ll all get more vitamin D and save power with less need for electric lights.”

A reporter who pointed out that whether or not clocks stayed forward an hour, there would be less daylight as the sun moved north, was told that wasn’t in the Department’s brief.

“Clocks and time are our preserve, if you have a question about the sun you’d be better talking to Met Service or NIWA,” Miss Disposition said.

“I understand someone from one or other of them will be available to talk around mid day.” 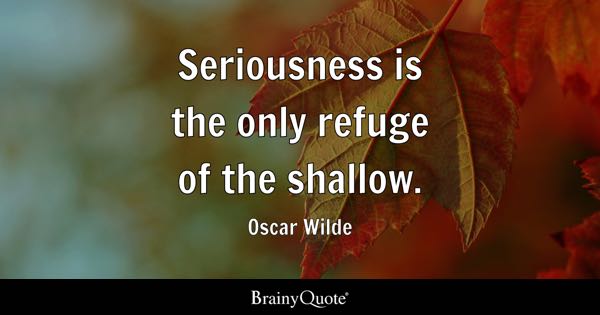 Seriousness is the only refuge of the shallow – Oscar Wilde

1949 – The twenty-six counties of the Irish Free State became theRepublic of Ireland.

2001 – Former President of Federal Republic of YugoslaviaSlobodan Milošević surrendered to police special forces to be tried on charges of war crimes.