Aureate – made of gold; of a golden colour or brilliance; highly ornamented or elaborate; marked by grandiloquent and rhetorical style.

We’re already in the new age, she said.
What does that mean? I said. It means we
can stop waiting & start living, she said
but after she left, I still waited
a little while more just to be safe. – New Age – ©2016 Brian Andreas – posted with permission.

The evidence this new Government will be no friend to farmers continues to stack up, National’s Primary Industry spokesperson Nathan Guy says.

“During Question Time yesterday, I asked Regional Development Minister Shane Jones whether his $1 billion fund will support regional water storage and irrigation projects that can grow jobs and exports, and enhance the environment.

“Alarmingly, all he could say was that the final criteria for this fund is yet to be determined. . .

Animal protein production is expected to expand around the world in 2018 increasing both trade competition and competition between different meat types, according to a new industry report from agricultural banking specialist Rabobank.

Rabobank’s Global Outlook for animal protein in 2018 says production increases are likely in most regions with Brazil, China and the US expected to record particularly strong production growth. In New Zealand, beef and sheepmeat production is forecast to remain similar to 2017 levels.

The report says beef and pork will be the strongest contributors to global animal protein expansion – with global beef production projected to increase for a third consecutive year in 2018, and a further year of significant growth in pork production anticipated. . .

CPTPP to the rescue – Allan Barber:

This is truly the age of acronyms – TPP morphed into TPP11 which has now added a couple of initials while actually shrinking in scope from its original intent. But unlikely as it has seemed at several points along its tortuous journey, the mother of all trade deals, or maybe now the stepmother, is still alive in spite of Trump’s and Trudeau’s unsubtle efforts to hijack it.

My major concern before the APEC meeting in Vietnam was the strong possibility the new government would withdraw from TPP11 as it sought to renegotiate the Investor State Dispute Settlement and foreign investment clauses, when all the other signatories were willing to accept them. I freely admit I was wrong to underestimate Labour’s commitment to free trade, while overestimating the influence of New Zealand First. In the lead up to the election all the signs pointed the opposite way, while the concession extracted by Winston Peters to pursue a trade agreement with Russia provided further evidence TPP and its successors may no longer be at the front of the queue. . .

(BusinessDesk) – Beef + Lamb New Zealand is carrying out consumer research into alternative proteins in China and San Francisco in response to the rise of the rival products and wants to report back to the sector before the end of the year.

“What we have discovered is that for better or worse alternative protein is here. We are not seeing it as a replacement for now, but we are definitely seeing it as an alternative for certain types of consumers. The consumer research that we doing is to understand who those consumers are and what’s driving that behaviour,” Damien Cullinan, market innovation manager for Beef + Lamb, told BusinessDesk. . .

Farmers and growers in Marlborough will soon have use of an online tool that tells them how much water they can use on a given day.

The council is grappling with an increasing strain on water supplies, with projections for demand and the effects of climate change showing it is likely to get worse.

A new cloud-based digital system, from which users will be able to download information to a portable device, was presented to councillors at a meeting in Blenheim yesterday.

Gerald Hope of the council’s environment committee said the tool would allow real-time information that would lead to better use of water. . .

New Zealand farmers and growers welcome an EU majority decision backing a five-year extension to glyphosate’s licence, which was due to expire next month.

Glyphosate, a herbicide widely-used in agriculture and by gardeners, is “an efficient and cost-effective means to keeping our agricultural economy growing, our environment protected, and our country weed-free,” says Agcarm chief executive Mark Ross.

“The decision is good news for farmers as they won’t be forced to find an alternative solution for use on exports,” adds Ross. . .

The dairy sector welcomes the Government’s announcement today that it will invest alongside farmers in a seven-year $21 million research partnership that will boost the current effort to clean up rural waterways.

Minister of Business, Innovation and Employment, Dr Megan Woods, confirmed today MBIE will provide $8.4 million towards the project which aims to tackle the difficult nitrogen leaching question, nitrogen being one of the nutrients impacting water quality.

A further $11.5 million will be invested by dairy farmers through the levy they pay to DairyNZ, with additional funding support to make up the $21 million coming from CRV Ambreed and Fonterra. . .

A sharp turn in weather creating dry conditions across parts of the country have resulted in a correction in store lamb markets in both islands. A notable lift in supply for this market is struggling to be absorbed by demand. #agrihqreport #marketreport #agchat pic.twitter.com/EfTlGvpVTk

How NZ ag can stop getting beaten up –  St John Craner :

NZ Ag is always on the back foot. Despite the rhetoric from leaders in industry about how we need to tell our story better, we continue to be out-gunned by lobby groups like SAFE, PETA and Greenpeace. Whether it’s bobby calves, PKE, dirty dairying or most recently false free-range eggs, we’re always playing a defensive position that risks our social licence to operate.

NZ Ag could learn from those brands that have had the foresight and planning to build a strong equity. SouthWest airlines is a great example. When 9/11 occurred they were inundated with customers sending them cheques because they were worried about their viability. This was because their customer base had a fond affection for them and what they stood for: everyone has a democratic right to fly. When the botulism scare kicked in for Fonterra they found they had few friends. GSK’s Ribena got caught out after its false claims of Vitamin C was unearthed by two 14 year old school girls from Auckland. I doubt they’ve ever restored consumers’ trust. . .

(BusinessDesk) – New Zealand structural log prices rose to the highest level in 24 years and A-grade export logs hit a record as local mills compete with the export market to secure supply for the domestic construction market amid strong demand from China.

The price for structural S1 logs increased to $130 a tonne this month, from $128 a tonne last month, marking the highest level since 1993, according to AgriHQ’s monthly survey of exporters, forest owners and saw millers. Export log prices lifted between $2-to-$5 a tonne for the majority of grades, with the price for A-Grade logs touching $128 a tonne, up from $127 a tonne last month and the highest level since AgriHQ began collecting the data in 2008.. . .

Jason is currently Director Farm Source Stores of Fonterra’s rural retail business, Farm Source, and has extensive commercial experience from more than 15 years in senior executive and governance roles in the dairy sector.

Ballance CEO, Mark Wynne, says Jason’s deep knowledge of agri-business and genuine passion for the primary sector will be hugely valuable as Ballance focuses on the changing needs of New Zealand farmers and growers – providing tailored nutrients and advisory services, backed by the best science and technology. . .

We're answering the question of what sustainability means to our association at this morning's Sustainability at Sunrise breakfast during #GrowCanada17 in Calgary. #partnersforsustainableag @ducanada pic.twitter.com/ypMchU245Z 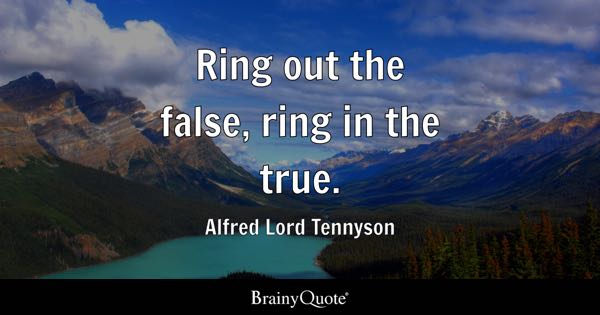 Ring out the false, ring in the true  – Alfred Lord Tennyson,

1803  Emperor Gia Long ordered all bronze wares of the Tây Sơn Dynastyto be collected and melted into nine cannons for the Royal Citadel in Huế, Vietnam.

2012 – A Moldovan civilian was fatally wounded by a Russian peacekeeper in the Transnistrian security zone, leading to demonstrations against Russia.

2013 – At least 60 people were killed and 200 injured in a stampede after celebrations at Félix Houphouët-Boigny Stadium in Abidjan, Ivory Coast.

2016 – The Address Downtown Dubai burned over midnight as the New Year was rung in. The blaze started on the night of New Year’s Eve 2015, by currently unknown causes. There was one fatality.