The message on numbers for lunch was a little vague.

I decided to cater for 14 to be safe.

Five came which left more than enough left-overs to cover dinner for us and a couple of friends with no extra work.

Today I’m grateful for having more than enough, and friends with whom to share it.

Scunner – an irrational or strong dislike or prejudice; feel disgust or strong aversion or loathing; a state of disgusted irritation.

Andrew Sachs, who played Manuel in Fawlty Towers, has died.

The long and varied career of Andrew Sachs was defined by the TV comedy Fawlty Towers.

His performance as the well-meaning but inept Spanish waiter Manuel was one of the highlights of the series.

In a state of constant confusion, and with a tenuous grasp of English syntax, he was invariably the target of Basil’s rages.

But it was just one role in seven decades of acting that spanned comedy, classical and dramatic roles.

He was born Andreas Siegfried Sachs on 7 April 1930 in Berlin. His insurance broker father was Jewish while his mother, who worked as a librarian, was a Catholic of part-Austrian ancestry.
Nazism was already on the rise in Germany.

His father was arrested by the authorities in 1938, but later released after intervention by a friend in the police.

The incident was enough to persuade the family to flee Germany, and they moved to London. . .

Andrei posed yesterday’s questions for which he gets my thanks.

He can claim a batch of shortbread for perseverance by leaving the answers below whether or not he stumped us all.

Practice rather than preach. Make of your life an affirmation, defined by your ideals, not the negation of others. Dare to the level of your capability then go beyond to a higher level.  –  Alexander Haig who was born on this day in 1924.

I’m the only American alive or dead who presided unhappily over the removal of a vice president and a president. 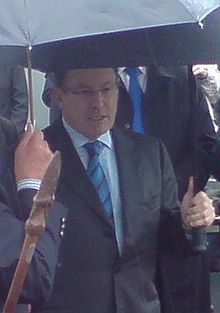