The Highlanders meet the Hurricanes in the final tonight.

Once the Crusaders were out of contention several friends from Canterbury told me they were backing the Mainland team.

That’s a fair return for all the times those of us on the right side of the Waitaki have backed the Crusaders when the Highlanders have no longer been in contention.

While rugby has been getting a lot of attention, there’s another big final tonight – the ANZ Young Farmer competition.

Batrachomyomachy – a petty quarrel; tempest in a teacup; a mountain made from a molehill.

Doug Avery is well known throughout the farming community as a man who has faced adversity, immense stress and the dark pit of depression.

Battling through all of these, plus ongoing droughts, and other serious setbacks on the family’s South Marlborough farm Bonavaree, today he has successfully turned his farm into a high-performing business.

Now with the farm safely managed by his son Fraser, Doug is busy touring the country presenting his Resilient Farmer plan, reaching out to other farmers in New Zealand suffering from stress and depression.

Although he laughingly describes himself as a “sad bastard” Doug Avery has proven himself a strong man in every sense of the word. . .

Separating faeces and intestines may not be for everyone but for Ian Miller it has been a 50 year long career.

The Invercargill man began his career at the Makarewa Alliance plant in May 1965, at the tender age of 16, after his father, also a long-time Alliance employee, decided it was time for his son to learn a trade.

“He went to the boss and said I’ve got a lad who’s not doing so good at school and then I started there with my father in the gut floor,” Miller said.

Corrections Minister Peseta Sam Lotu-Iiga today helped celebrate the return of 8500ha of Crown land to Ngāti Tūwharetoa. Some of the land on the Tongariro/Rangipō Prison site will continue to be used by Corrections to help rehabilitate prisoners.  This includes about 700ha for a training farm for prisoners to hone their farming skills, giving them real work opportunities on release. The sale of the land to Ngāti Tūwharetoa was finalised today at a ceremony at Rongomai Marae near Taupō. …

A Ngāti Tūwharetoa partnership, the Tūwharetoa Settlement Trust (TST) and five other Tūwharetoa entities, have finalised the purchase of 8,500 hectares of Crown land in the central North Island. This includes around 4,000 hectares of timber plantations.

A former regal Waitaki homestead that has been run as a commercial enterprise with links to the famous Scottish whisky Glenfiddich, has been placed on the market for sale.

Craigellachie was built by a Scottish migrant in 1899, who chose the name as it fondly reminded him of a place in Northern Scotland. Meaning ‘rocky hill’, Cragellachie is at the heart of Scotland’s malt whisky trail. The village sits above the Rivers Spey and Fiddich, whose valley or glen gives its name to arguably the country’s most famous whisky, Glenfiddich.

The New Zealand namesake is located at 399 Otiake Road in the Waitaki Valley settlement of Otiake. . .

New Zealand honey consumers are being forced to pay dramatically higher retail prices for everyday honeys as exporters buy up all available table honeys to blend and sell as authentic manuka honey in global markets.

“There’s a goldrush mentality out there. Overseas demand is rapacious for manuka honey or a blend that can be labelled as manuka honey,” says industry leader and long-time advocate for transparent and internationally credible manuka honey quality standards, Peter Bray, managing director of Canterbury­-based Airborne Honey. Recognised world standards require a honey to be “wholly or mainly” made from the named source on the label yet a high proportion of honey sold as manuka fails to meet this threshold. . .

Unification the hot topic at the Conference of the National Beekeepers Association attended by Waikato Based SummerGlow Apiaries:

Unification has been one of the major topics at last week’s annual Conference of the National Beekeepers Association and Federated Farmers Bee Industry Group held at Wairakei, attend by Waikato based Manuka Honey producers SummerGlow Apiaries.

“This year has been the biggest event yet in terms of attendance as we have had over 830 registrations from all areas of the industry attend this year’s conference which is up from last year when 500 people attended,” says John Hartnell, Bees Chairperson of Federated Farmers Of New Zealand. . . 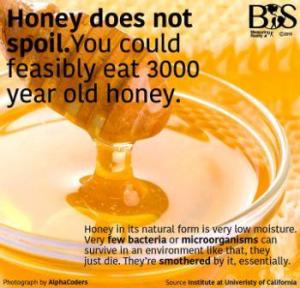 A retired sea captain was sitting on a bench looking out to sea when a young woman walked up and sat down.
She had spiked hair and each spike was a different color…. green, red, orange, blue, and yellow.
She noticed that the captain was staring at her and said,  Why are you staring,  have you never done anything wild in your life?The old skipper replied, “I got drunk once and married a parrot. I was just wondering if you were my daughter!”

Flag of the day

The Flag Consideration Panel is inviting people to upload designs for a new flag.

The three most popular at Rate The Flag are:

Simple. the southern cross is ” part of NZ” the coru is “part of NZ.

Life is a dream for the wise, a game for the fool, a comedy for the rich, a tragedy for the poor – Sholom Aleichem.

2009 – The Statue of Liberty‘s crown reopened to the public after eight years of closure due to security concerns following the September 11 attacks.

2009 – The first of four days of bombings on the southern Philippine island group of Mindanao.

2012 – The discovery of particles consistent with the Higgs boson at the Large Hadron Collider was announced at CERN.

2013 – The Death of Hung Chung-chiu: A Republic of China Army corporal died under suspicious circumstances while serving a detention sentence during his enlisted service.