Colligate – to bind, unite, or group together; to link facts together by a general description or by a hypothesis that applies to them all;  to subsume isolated facts under a general concept; be or cause to be juxtaposed or grouped in a syntactic relation. 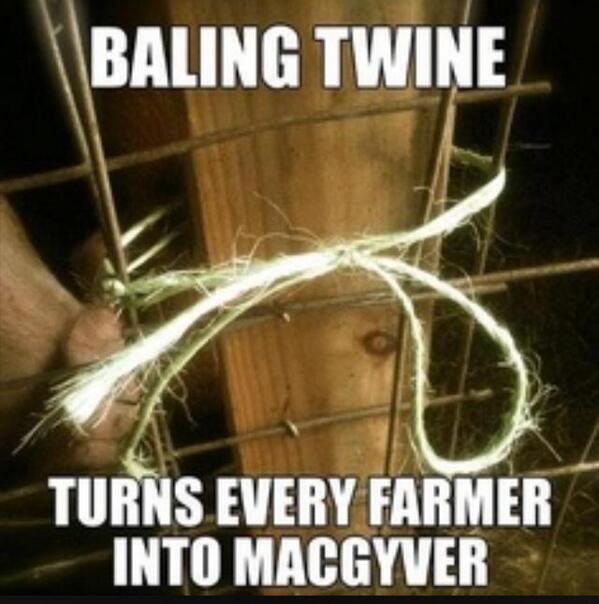 ANZCO Foods has set up a new innovation centre at Lincoln University to focus on new food developments.

Its research team was already working on new developments, with more in the pipeline, the company’s Food and Solutions business chief executive Rennie Davidson said.

The centre was opened last month by ANZCO chairman Sir Graeme Harrison, who said it was part of an $87 million project to generate more value from beef carcases.

The FoodPlus project is a joint venture between ANZCO and the Government’s Primary Growth Partnership (PGP) programme. . .

Promotion and sales are the focus for two top New Zealand knitting yarn marketers later this week at the Vogue Knit Live fair in New York.

Marnie Kelly and Bev Forrester will be showing their yarns in front of thousands of knitters from all over the United States and many others from round the world, in the heart of Times Square.

They sell to American and Canadian tourists in NZ and to customers online, and now they want to use the fair to attract retailers who can provide them with a bigger market. . .

SIZZLING, dry conditions in Queensland mean the prospect of feed grain being brought around from South Australia to Brisbane to boat becomes ever more likely.

Once considered fanciful, analysts now suggest the economics of bringing feed grain in from southern areas is now a strong possibility.

Lloyd George, AgScientia, said with the planting window for sorghum in southern Queensland rapidly closing and largely inelastic demand, end-users were casting their net ever further afield to source stocks. . .

The competition regulator has cast doubts over Murray Goulburn’s claim that its acquisition of Warrnambool Cheese & Butter will yield benefits to the public and re-establish Australian dairy’s global competitiveness.

Murray Goulburn is locked in a fierce $500 million-plus takeover battle for control of WCB with Canadian dairy company Saputo.

Murray Goulburn must convince the Australian Competition Tribunal that the public benefits of its acquisition of WCB outweigh anti-competitive concerns or its bid is finished.

In an issues paper made public on Tuesday, the Australian Competition and Consumer Commission – which is helping the tribunal – rejected Murray Goulburn’s claim that its takeover of WCB would cause no significant lessening of competition. . . .

Campaigners have called on the Oxford Farming Conference to recognise the contribution of small-scale farmers and food producers.

Members of the Land Workers’ Alliance protested outside the conference venue as delegates arrived at the Oxford Examination Rooms on Tuesday (7 January).

The alliance – members of the international peasant movement La Via Campesina – is a group which campaigs for the rights of small producers and a better food system. . .

A CASUAL musterer on a farm at Rere was flown to hospital yesterday morning when the horse he was riding died underneath him as they descended a steep hillside.

Emergency services were alerted at about 11am.

The 69-year-old horseman suffered neck, head and facial injuries in the mishap. He was flown to Waikato Hospital yesterday afternoon after being assessed at Gisborne Hospital’s emergency department. . .

It was just on five minutes to six in the half light of the morning when a cry rang out.

My wife’s urgent tone was comparable to the fright of a burglar in the living room: “Tim, Tim…the sheep are in the garden.”

Our sheep – a modest tally of four ewes and five lambs – make a mockery of our attempt at fencing.

The artificial barriers between yard and garden grow ever higher but still the mini flock tests weak links in the wire. . .

2. What’s the difference between a hunkypunk and a gargoyle?

3. The Strait of Gibraltar separates which two bodies of water?

5. Have you a preference between this format and the ones I usually do with a theme?

Andrei got four, and yes I did struggle to find a theme after starting with the gargoyle question.

Willdwan got three with a bonus for creativity.

Alwyn wins an electronic bowl of raspberries for a clean sweep with a bonus for extra information.

Grant got four and a bonus for the smile that came with his answer to numbers 2 and 5.

END_OF_DOCUMENT_TOKEN_TO_BE_REPLACED

How much water does it take?

How much water does it take? pic.twitter.com/1yhVnx35WA

I have no idea if these figures are correct.

Regardless of that, the issue isn’t necessarily how much water it takes to make something, but how much water is available when it’s needed and able to be used in a sustainable way.

In New Zealand we generally have plenty of water.

Anyone trying to enjoy a summer holiday, make hay, shear, harvest fruit and vegetables or do anything else which is better with fine weather would say we’re having too much.

Our problem is that we don’t always have the amount of water we want in the right place at the right time.

One solution to that is water storage – taking water when there’s too much and keeping it to use when there’s not enough.

Yesterday’s ODT quoted a Dunedin City Councillor’s view on the news Shell will be drilling in the Deep South Basin:

Cr Jinty MacTavish agreed, saying the city would not spend money to try to attract the ”unethical” tobacco industry, and should avoid the oil and gas industry for the same reasons.

”It’s an unethical business and I wouldn’t like to see Dunedin setting out to attract it.”

Even for someone with very strong concerns about climate change this is an extreme view.

I am sure she doesn’t smoke but like all of us she uses and benefits from products of the oil and gas industry – and exploration could bring significantly more to the city and province.

The first taste of petroleum money could be just weeks away in Dunedin, as Texas-based oil giant Anadarko prepares to move its state-of-the-art drilling ship into Otago waters, it has been confirmed.

A natural gas boom worth billions of dollars to the regional economy could follow in the ship’s wake, with thousands of jobs potentially created across Otago, it has been suggested.

As arguments for and against the industry’s arrival in Dunedin continue, a report by economic analyst Berl has outlined the possible regional benefits of an oil or gas strike anywhere in the South Island.

It calculated a large offshore gas field could be worth $8.1 billion to the economy of any region hosting the industry, and $3.1 billion in regional GDP, while creating 11,540 jobs.

The report was prepared in March 2012 for the Ministry of Economic Development, but had not previously been seen by Dunedin Mayor Dave Cull.

He told the ODT yesterday the report did not allay public concern about fossil fuels and climate change, but the economic benefits – if applied to Dunedin or Otago – would be ”more than significant”.

The DCC has been lamenting job losses in the city and calling on government to help.

Now there’s an opportunity for significant inwards investment and job creation and the mayor and some of his councillors are still reluctant to grasp it.

She got there on merit

The majority of people surveyed by Herald-DigiPoll  are opposed to Labour’s policy to have a female quote for its caucus.

The survey asked respondents whether they believed Labour’s target of achieving 50 per cent by 2017 was a good idea, or too restrictive.

About 57 per cent of men did not like it, compared with 33 per cent who said it was a good idea.

A spokeswoman for Labour leader David Cunliffe said it was a matter for the party. Party president Moira Coatsworth and secretary Tim Barnett were overseas and could not be contacted.

Ms Coatsworth has previously said the target of 45 per cent of women in 2014, and 50 per cent in 2017 would be achieved by structuring the party list so the goal was reached if there were enough women candidates in safe seats. . .

Electoral law requires parties use democratic processes to rank their lists, does rigging it to get a gender quota count as democratic?

. . . Former Labour candidate and party member Josie Pagani said she was not surprised at the poll result because it was not an issue that affected most people’s lives. She believed the targets had drawn attention from other, more universal gender equity issues such as equal pay which Labour had strong policies on.

“The Labour Party doesn’t have a problem particularly with female representation in its caucus. It just put the focus on something that people aren’t sure is a problem at all.”

It’s worse than this.

Keeping Stock used the story as an opportunity for a Tui billboard competition.

This policy has gifted opponents a damaging one: She got there on merit. Yeah right!

Whether or not Labour’s female candidates were selected on merit, the policy raises the question – are they there because of their ability and what they can offer as MPs or just because they’re women?

Plenty of men have got into parliament without being the best candidate, but none have had their position undermined by the suggestion they are just there to make up the numbers.

49 BC Julius Caesar crossed the Rubicon, signalling the start of civil war.

2013 – More than 100 peoplewere killed and 270 injured in several bomb blasts in Pakistan.