Only 6/10 in the Herald’s politics quiz.

Labour has selected its candidate for the Christchurch East by-election:

Labour Party President Moira Coatsworth has announced that Potu Williams will be the candidate for the Christchurch East by election following the resignation of Lianne Dalziel. We had a robust democratic selection process with hundreds of local people in a packed rugby club hall in the heart of the electorate, where a very strong field of candidates discussed local issues.  . .

Labour’s view of robust and democratic isn’t necessarily the same as other people’s.

Kiwiblog points out that Labour has a six person panel with three head office appointments so the vote of each local member is worth around 1/100th the vote of a head office person.

Christchurch East is regarded as a safe Labour seat although retiring MP Lianne Dalziel had a strong personal vote.

Suspense – the state or quality of being undecided, uncertain, or doubtful; pleasurable excitement and anticipation regarding an outcome; a quality in a work of fiction that arouses excited expectation or uncertainty about what may happen.

Ossie Latham introduces himself as a tree hugger. But he’s more than that. He’s a tree hugger who aims to get everyone in Manawatu’s Mangaone West catchment hugging trees with him.

He’s a farmer who headed to Auckland to make his fortune in business before retiring back home to a small farm.

Three big projects are underway in the region, all with the aim of making the Manawatu River cleaner. . .

The key action item was the signing of a position statement on the Trans Pacific Partnership (TPP) negotiations. . .

Environmental schemes that reward farmers who look after the English countryside will be closed to most new applicants for two years as the government implements CAP reform, it has emerged.

In a move described by some critics as a “massive threat” to wildlife and the countryside, DEFRA has no plans to let farmers sign new agri-environment agreements during the whole of 2015 as the department develops a successor to its existing environmental stewardship scheme. . .

“This will be a valuable opportunity to meet with my counterparts from Latin America, the US, Canada and the Caribbean, to discuss some of the issues and opportunities facing the agricultural sector across the world.

“Some of the issues covered will include the work of the Global Research Alliance of which New Zealand is a major supporter, and the importance of water storage and management.”

Mr Guy will also visit Uruguay and Paraguay to meet with officials and his Ministerial counterparts. . .

The humble bumblebee is about to get a boost for its pollination skills from scientists and farm retailers this spring.

For the first time Farmlands is selling commercial box hives of bumblebees to kiwifruit and avocado growers, while scientists celebrate funding for more research into the bee.

Farmlands’ Te Puna branch in western Bay of Plenty is the first to start marketing the bees. . .

THE annual horse fair at Matawhero yesterday attracted about 140 head, with a top price of $3500 paid for a nine-year-old gelding — and an almost total clearance.

Thirty “broken” horses were sold and about 100 “unbroken” changed hands.

Only about six animals remained unsold at the end of the three-hour sale. . .

A new coast guard trainee was left alone on watch for the first time. Before leaving him to go get a beer, the watch chief said “I won’t be long. Just remember to use English when talking to the ships and if you don’t understand them ask them to clarify what they’re saying”.

‘Coast guard! This is sailing yacht Seagoon again! We are SINKING!! Do you understand? WE ARE SINKING. WE NEED HELP AND WE NEED IT NOW.“

“Err yes, sailing yacht Seagoon. Zis is  Zzee  coast guard. What you are sinking about pleez?”

Andrea Vance has been looking into David Cunliffe’s background and has found what looks like CV padding:

Gaps were identified over the course of the investigation in the “community activities” section of the curriculum vitae the New Lynn MP has posted on Parliament’s official website.

A spokesman for Cunliffe confirmed his office had requested work at Auckland City Mission be removed from the webpage. He said it was a “mistake”. . .

But who made the mistake?

“You’ll find if you go to the page it is already gone.”

Wellington City Mission was also contacted, as the New Lynn MP also cited work with its budgeting service on his CV.

Manager Jill Hilston said she has worked there 18 years and could not recall him. Cunliffe’s spokesman said he gave budgetary advice in 1987 and 1989, some 10 years before he entered politics as the MP for Titirangi.

Cunliffe also claims to be a member of the Waitakere Royal Forest & Bird Protection Society. However, the spokesman admitted he is not a “current” member.

Committee member Chris Bindon was not aware he belonged to the branch. . .

It was also difficult to locate anyone who recalled him being a Public Service Association (PSA) official, during his time at the Ministry of Foreign Affairs. . .

His curriculum vitae said he was a union delegate for three years, between 1987 and 1990, and co-convener for a year. The PSA’s electronic records do not go back that far, and the union could not produce anyone who remembered his activities. . .

It is possible that people simply don’t remember him.

People come and go in organisations and some are more memorable than others. However, it’s generally easier to remember people who make a significant contribution and then go on to public live.

If Cunliffe is then it doesn’t say much about his contribution and achievements so these activities would be better off his CV.

If the others are he’s guilty of CV padding which in many jobs would be enough to get you sacked.

Either way it’s not a good look.

Bigger is better for QLDC

The group wanting to split Wanaka from the Queenstown Lakes District Council should be careful what it’s wishing for.

QLDC had a nil rates increase this year. Deputy Mayor Lyal Cocks said the split would lead to at least a 6.3% increase in Wanaka rates.

Local government is an increasingly complex and expensive beast.

Duplicating services and overheads and spreading the cost over a much smaller rating base would be stupid.

Bigger isn’t always better but it is in the case of the QLDC.

Not govt’s job to diversify economy

The news that last summer’s drought had led to slower growth brought predictable responses from the opposition.

They said the government had failed to diversify the economy and we’re too reliant on agriculture.

They’re wrong on both points.

It’s not the government’s job to diversify the economy. That’s the business of businesses.

Even a cursory look at past attempts by governments to interfere in the market shows the dangers in that.

And we’re not too reliant on agriculture.

That we’re good at primary production should be celebrated and appreciated because the demand for what we produce so well is large and growing.

Our climate and soils make us very good at turning grass into protein.

The milk, meat and other food we produce makes a considerable contribution to our exports, but we have several other strings to our trading bow as well. 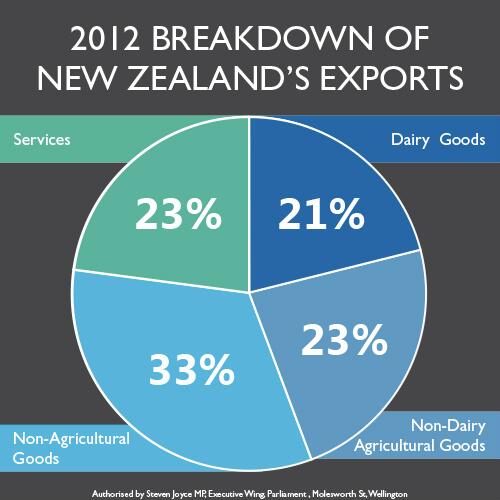 Saturday’s soapbox is yours to use as you will – within the bounds of decency and absence of defamation. You’re welcome to look back or forward, discuss issues of the moment, to pontificate, ponder or point us to something of interest, to educate, elucidate or entertain, to muse or amuse.

455 – Emperor Avitus entered Rome with a Gallic army and consolidated his power.

1745 Battle of Prestonpans: A Hanoverian army under the command of Sir John Cope was defeated, in ten minutes, by the Jacobite forces of Prince Charles Edward Stuart.

1827  Joseph Smith, Jr. was reportedly visited by the angel Moroni, who gave him a record of gold plates, one-third of which Smith has translated into The Book of Mormon.

1834 Betty Guard and her children were rescued from Ngati Ruanui (who had held them captive in Taranaki since April) by troops from HMS Alligator and Isabella.

1860   In the Second Opium War, an Anglo-French force defeated Chinese troops at the Battle of Baliqiao.

1897  The “Yes, Virginia, there is a Santa Claus” editorial was published in the New York Sun.

1942  On the Jewish holiday of Yom Kippur, Nazis sent more than 1,000 Jews of Pidhaytsi to Belzec extermination camp.

1942  In Poland, at the end of Yom Kippur, Germans ordered Jews to permanently evacuate Konstantynów and move to the Ghetto in Biała Podlaska, established to assemble Jews from seven nearby towns.

1964  The XB-70 Valkyrie, the world’s first Mach 3 bomber, made its maiden flight from Palmdale, California.

1976  Orlando Letelier, a member of the Chilean socialist government which was overthrown in 1973 by Augusto Pinochet,  was assassinated in Washington, D.C.

1981 Belize was granted full independence from the United Kingdom.

2003 – Galileo mission was terminated by sending the probe into Jupiter’s atmosphere, where it was crushed by the pressure at the lower altitudes.