One of the most moving moments of the Rugby World Cup was Jock Hobbs presenting Richie McCaw with his 100th test cap.

It was obvious then that Hobbs was very ill and it is testament to his strong will that he not only watched the All Blacks win their second World Cup but was on the stage for the presentation. 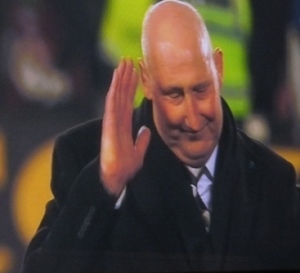 Today, far too soon, the final whistle blew for him.

His death is a loss for New Zealand and for rugby and even more so for his family and friends to whom my sympathy goes.

Desultory – having no set plan or purpose; haphazard or random; erratic; inconsistent; wandering from one thing to another.

So, what will happen if we were to employ quantitative easing in New Zealand?

Two things. Where there are constraints in the economy, inflation. No question. A short-term fall in interest rates will feed into house price inflation faster than a real estate agent can sneeze. Asset prices, all asset prices, will rise. This will mean that those with savings denominated in New Zealand dollars will be poorer, those with assets denominated in shares, property or other affected assets, will benefit.

Where there are no constraints in the economy, such as employment, wages and prices will stagnate. Meaning those people will be poorer relative to those benefitting from an increase in asset prices. There will not be any rush of new spending.

This is a redistribution of wealth, from savers to borrowers, from workers to speculators, from the frugal to the feckless. Damien Grant

Did the Herald really mean to put this headline with this picture:

Labour leader David Shearer had to make his mark in his Q&A interview on Sunday but he’s done it for the wrong reasons.

His proposed changes to the law on foreign ownership were a rushed response to the xenophobic reaction to the sale of the Crafar farms, so rushed it has some glaring errors.

In the rush to get this Bill written before Shearer appeared on Q&A on Sunday, you managed to indicate that you would repeal all environmental, heritage, conservation and walking access requirements on foreign landowners for Ministers when making their decisions.

Now I know you didn’t mean to do this – you told me so this morning – but if you’re going to go on national television and announce you’re presenting a member’s Bill to change one of this country’s laws, then I for one would be hoping you’ve given it serious consideration, had a few people look over it, and had another look at the actual legislation to figure out what you’ll be repealing.

The present law lists a number of factors ministers can consider in determining whether the bid would bring “substantial and identifiable” benefit to New Zealand. Among the factors are protection for native flora and fauna, heritage and cultural sites, and wildlife and walking access.

But Mr Shearer’s bill would wipe these factors completely, effectively meaning an application that ticked the box for more exports but destroyed the environment could get the green light.

He said yesterday there was never any intention to remove environmental protections. “And there may in fact be other issues raised at select committee that we would end up including in the bill too.

Of course there wasn’t any intention to remove these protections but mistakes like this look sloppy. They take attention from the proposal to yet another example of Labour looking like a poorly performing opposition rather than a government in waiting.

When you act in haste you get time to repent at leisure. 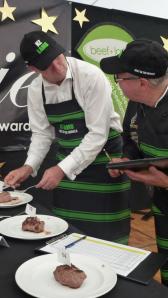 “In my own experience, judging the Glammies has to be one of the toughest tasks around.  Luckily it’s also one of the tastiest!  The high standard achieved here today proves once again the supreme quality of lamb produced by our farmers.  It’s also great to see that this year’s competition attracted a record number of entries.”

The 2012 Golden Lamb Awards (aka Glammies), sponsored by Pfizer Animal Genetics, attracted a record 150 entries which all underwent testing at Carne Technologies. Factors such as tenderness, colour and succulence were tested to determine the top twenty finalists tasted in Wanaka.

The full results were:

Could someone please explain to me why the thought of selling a relatively few hectares of farmland to foreigners upsets so many people but there’s no uproar at the news that a German company has OIO approval to buy Turners and Growers?

The German company, which has global investments across the building, energy and agriculture sectors, has bought some 72.5 percent of T&G shares at a cost of about $157 million and will close its offer today, it said in a statement.

“The takeover is a ground-breaking step towards internationalisation of BayWa,” the company said.

Group chief executive Klaus Josef Lutz will take T&G’s chair, and the company will appoint chief financial officer Andreas Helber, board member responsible for agriculture and fruit Josef Krapf, and head of fruit Dietmar Bahler to the board.

Why does the possible sale of land exercise the xenophobes when the sale of a company which owns Enza, New Zealand’s largest apple exporter and one of the country’s signature brands does not?

Owners of farms can’t take the land away but owners of this company could take the produce, the brand and of course the profits.

I’m not opposed to sale of either land or the company but I really don’t understand why people who oppose foreign ownership of farms aren’t just as upset by the sale of companies.

1881 Alexander II of Russia was killed when a bomb was thrown at him.

1989 A geomagnetic storm caused the collapse of the Hydro-Québec power grid.

1991 The United States Department of Justice announced that Exxon had agreed to pay $1 billion for the clean-up of the Exxon Valdez oil spill in Alaska.

1992 An earthquake registering 6.8 on the Richter scale killed  more than 500 in Erzincan, eastern Turkey.