Cingular – of or pertaining to a cingulum, an anatomical band or girdle on an animal or plant; encircling, girdling, surrounding.

Marty Morgan, M&M, to his friends has the usual teenage problems plus a brain that doesn’t work the same way others’ do.

He finds it hard to read people and understand figures of speech; his fine motor and organisational skills are poor; and while he’s good at maths he struggles with all other subjects at school.

He has only one real friend, Luke – known as Legless though he does have one and a half legs. Then there’s Francessca with whom he’d like to be more than friends and his mother who’s going for a three month trip overseas without reservations and without his father’s whole-hearted support.

Luke ropes Marty into his team for the Young Enterprise Scheme (YES) where his ability to crochet becomes not only handy but a necessary part of the resulting business venture.

I was hooked from the first page and put the book down with great reluctance when I absolutely had to.

The characters are believable and the plot is entertaining with several serious threads woven through it.

The book is aimed at teenagers but like all good young-adult fiction will be enjoyed by older readers too. It could be of particular interest to anyone with experience of people with autistic spectrum disorders. 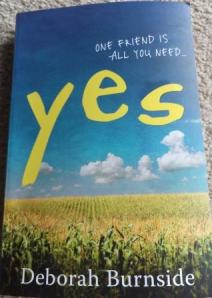 1. How’s the weather been where you are?

2. What’s your favourite form of relaxation?

3. It’s relaxer in French, rilassare in Italian, relajar in Spanish and whakatā in Maori, what is it in English?

4. What new/different/interesting thing did you do last year?

5. Have you made any resolutions for this year?

While the north has had an excess of wet weather and holiday makers in the southern South Island have been enjoying the sun, farmers in Southland are desperate for rain.

The lush Southland landscape is rapidly turning lifeless and brown.

Dairy farmers are using their winter feed as summer crops fail to sprout, water deliveries to homes are increasing, river levels are dropping and volunteers are rescuing trapped trout as ponds dry out.

As some Southlanders anxiously wait for rain, they have had to take drastic measures to keep their farms and homes running, and as the prospect of rain looks bleak, some farmers have started to panic.

When you’re used to stretches of weeks, sometimes months, without significant rainfalls as we are in North Otago, it is easy to think the Southlanders are over-reacting.

But if you depend on frequent rain as they do there, relatively short stretches of dry weather is as serious as far longer dry spells for us.

Competition can be good for all sorts of things, including healing:

He says, for example, a pilot project has reduced by 40% percent the average length of stay in hospital.

This was achieved, he says, by putting patients who have had their operation on the same day together in the same room.

“So there’s a little bit of competition as to who’s best and does their exercises best and therefore who goes home earliest.”

So simple, so sensible.

Wharfies can’t win this one

Wharfies used to be renowned for industrial action designed to cause maximum disruption to their employers and the public whether or not it accomplished anything.

The on-going strikes on the Auckland waterfront shows some are still stuck back in those bad-old days but it is a battle they can’t win.

The workers appear to be very well-paid for what isn’t generally highly skilled work:

The  average annual wage of an Auckland wharfie is about  $91,480 – reportedly for a 26-hour week, employees and their  families get free medical insurance, and three weeks sick  leave entitlement is written into contracts. They also get  five weeks annual leave.

And the POA offer is not ungenerous:

They include a 10 per cent increase in the hourly rate, performance bonuses of up to 20 per cent, retention of existing benefits and provisions, and “full operational flexibility for Ports of Auckland”. No doubt the last is causing unionists most angst. It would allow port management, not them, to manage the business.

Added costs on the waterfront mean higher costs for exports and imports. The country couldn’t afford that in good times and it certainly can’t afford it when so much of the world is mired in recession.

Other ports have workers who have moved into the 21st century ready and are willing to pick up any business lost from Auckland.

Auckland’s loss is Tauranaga’s gain. Port of Tauranga stocks rose 1.5 percent to $10.10, its highest ever close after news that Fonterra was moving its business from Auckland.