Stephen Gately would have been 34 today.

Nat King Cole would have been 91 today.

Where have all the tussocks gone?

If you’re as casual about details as my farmer and I are and travel a route often you don’t necessarily register changes.

But for several months now every time we’ve gone over the Lindis Pass we’re sure that we’re seeing fewer tussocks. 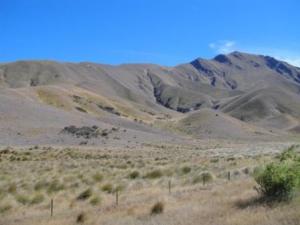 The hills we remember being covered in gold are rapidly going bald.

This can’t be blamed on stock. The land was retired under the tenure review process and is now part of the conservation estate under DOC’s stewardship.

Is this a conincidence or the cause?

Could it be that the stock, rather than harming the tussock helped preserve it?

Did sheep and cattle graze species which compete with tussock and/or did their dung provide nutrients for the tussocks themselves or bugs which fostered tussocks and frustrated competitors?

Is something attacking the tussock?

Or are our memories faulty and were the hills never gold? 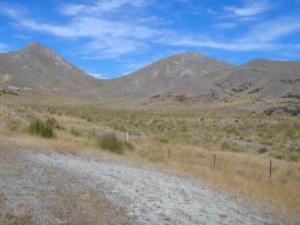 And the finalists for the inability to distinguish between news and nonsense category of the Mediocres are: the newspapers, radio stations and televisions channels which covered the non-news that an MP was rude.

Why am I not including bloggers in that roll of dishonour? Because blogs are the personal views of the people who write them, most don’t try to be balanced, some break news, some are written by journalists but they are not main stream media.

The MSM is supposed to be objective and to differentiate between what’s in the public interest and what the public might be interested in.

If journalists have to cover stories like this they could at least do it properly and give their readers/listeners/viewers some idea of what the children were doing and how loudly they were doing it when Charles Chauvel was moved to wish they’d shut up.

It would have been better still if that idea had been an objective one rather than a did-didn’t exchange by Chauvel and the children’s mother.

From any of the reports I’ve seen it’s impossible to know how disruptive the chidlren were and if Chauvel’s comment was just a quiet aside to his partner or whether he deliberately said it loudly enough for the parents to hear in the hope they’d quieten the kids.

But whatever the truth is it’s not something which needs or should be covered by the MSM.

They should concentrate on news and leave the nonsense to bloggers who are having a field day:

Kiwiblog posts on winning over the voters one at a time

I hope the Speaker takes another look at charging rent for the press gallery offices, just to see Lockwood try and keep a straight face when the political media insists it ‘fulfils a vital role in our democracy’.

PM of NZ posts Move along, nothing to see here

Fairfacts Media reckons he’s only a bit of a Charlie

Crusader Rabbit says so control them

Andrei posts on yesterday’s storm in a tea cup at NZ Conservative.

Kiwiblog has more thoughts on the Chauvel story