Carl Wilson would have been 63 today.

1.  Who wrote “Twas the night before Christmas and all through the house/ Not a creature was stirring, not even a mouse . . .?

4. What is a Prosthemadera novaeseelandiae?

5. What was the origin of Boxing Day?

. . . they would have arrived in time to help with the birth, cleaned the stable, brought food and useful gifts; and there’d now be peace on earth.

That’s how the joke goes.

Three Wise Women, written by Mary Hoffman and illustrated by Lynne Russell, takes a less tongue in cheek view of that idea.

It’s a lovely story, beautifully illustrated and helps the reader look at the nativity story with fresh eyes. 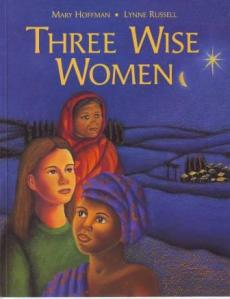 The book is published by Frances Lincoln.

National campaigned on giving workers the choice of taking their fourth week of holidays or taking the money instead.

Following recommendations from a ministerial review group, Labour Minister Kate Wilkinson has announced that this will be possible from next year.

Unions aren’t happy, employers are and I suspect most workers will be grateful to have a choice too.

Those for whom more time off is important will keep the fourth week’s holiday, others who would prefer more money will be able to take it.

Four weeks leave plus 11 statutory days off is more than some people want.

It’s also more than some can afford. The fourth weeks holiday resulted in lots of people having staycations – staying at home because they didn’t have money to spare for going away.

Since the fourth week of holiday was introduced more firms have been closing for longer at Christmas so most staff had three weeks off then. They did this because having several individual staff members off for more than a week throughout the year caused too much disruption and put to much strain on those still at work.

Opponents are painting the change as a threat to workers. It’s not, it’s an opportunity for choice.

The ability of Israelis to irrigate and then cultivate the desert is often lauded.

Opinions on irrigation here are not always so positive even though the world’s population is outgrowing feed supplies.

There are environmental benefits from irrigation including less soil erosion and it can enhance the view. 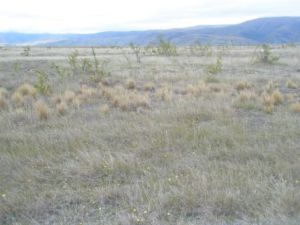 with this which has an irrigated paddock in the background:

and this irrigated paddock of wheat:

The irrigated paddocks are obviously more productive than the dry land and, in my eyes the green is far more attractive than the brown.

The photos were all taken on the outskirts of Omarama. It’s land and landscapes like this which are the subject of resource consent applications for large scale dairying in the Mackenzie Basin.

I am supportive of the applications to irrigate this sort of country. But growing crops like wheat have much less an impact on soils and water than dairying would.