The restoration and refurbishment of Oamaru’s Opera House  attracted the usual angst and opposition which attends the spending of large amounts of ratepayers’ money.

While mindful of the need to be very careful with other people’s money, I didn’t want to be part of the generation which let the 100 year old building fall down and I thought there was no sense spending vast amounts on an expensive monument. If it was worth preserving it was worth restoring so it could be used.

More than enough people shared this view to commit to fundraising initiatives which added to donations from trusts, sponsorship and Lotteries contributed towards the $10 million project.

The completion of the refurbishment is about to be marked with a two-week  festival of events  which ranges through music, comedy, sport, politics, religion, alcohol and whatever Confessions of a Pop Tart, with the Funky Hot Mamas provides.

The programme includes a gala showcase  ; a debate  between local and central government politicians including Jim Hopkins and Rodney Hide; the Wellington International Ukelele Orchestra; a church service; the Court Theatre’s Scared Scriptless; Last Night of the Proms; Beer with the Boys; and an evening with Sarah Ulmer.

It’s so long since I had anything to do with Venn diagrams  that I didn’t understand the title of the book Venn That Tune  until I dipped into it and the humour blew the cobwebs off my memories of long distant maths classes when we learnt about sets and subsets which may or may not intersect.

It’s a delightful book by  Andrew Viner who has applied logic to lyrics and uses Venn daigrams and graphs to put a whole new angle on 112 classic pop tunes.

Some are easy to work out: 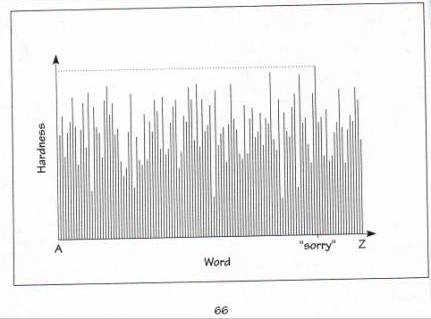 Others took a bit more effort and kept me occupied and amused while waiting for a plane.

I thoroughly enjoyed the book, it’s now on a coffee table where it’s entertained visitors. It would also be in a waiting room or as a gift for someone who enjoys music and/or maths.

Rural voices in the blogosphere

Agriculture Minister David Carter has joined the blogosphere at Over The Fence  ,  it’s good to not only have a blogging minister but another rural voice.

Others who give a rural perspective on the blogosphere are:

I’ve also just discovered Half Pie who isn’t rural, but he was a country boy.

If you write, or know of, any other rural blogs, I’d appreciate you leaving the web address in the comments.