The National Party’s Waitaki Electorate is partying in Oamaru.

National’s Jacqui Dean is the only candidate who was seeking both ticks but we’ll wait for some of the indicator booths to be counted before we get too excited. 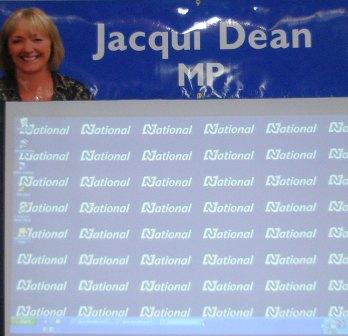 This entry was posted on Saturday, November 8th, 2008 at 7:00 pm and is filed under politics. You can follow any responses to this entry through the RSS 2.0 feed. You can leave a response, or trackback from your own site.